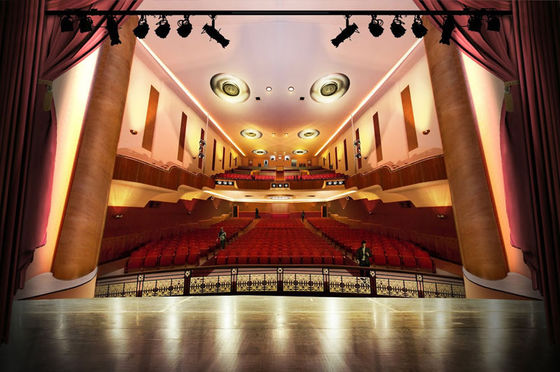 From The Exponent Telegram:
The Robinson Grand Performing Arts Center’s capital campaign will begin its public phase in early 2017 to continue raising money for the $15 million multi-use facility for North Central West Virginia.

Clarksburg City Manager Martin Howe said a recent economic study shows that the renovation and restoration project for the former theater will have a $32 million impact over the first five years of its operation.

It is slated for a soft opening in the spring of 2018. The formal opening is planned in the fall with a national headliner, according to Kathleen DuBois, planning and capital campaign consultant, who has been working with the project team since Nov. 2015.

“Since April, we have been in the planning stages. Part of the project will be funded by private contributions. We are refining the campaign structure and have recruited a steering committee. Volunteer leaders are Woody Thrasher and Michael and Denah D’Annunzio,” DuBois said. “We’re seeing how things are going with silent contributors to determine exactly when the kickoff will occur. That is when we will announce the amount raised to date.”

Howe said the project will have multiple benefits for the region.

“It is a great opportunity for the area to embrace the arts and expand on cultural events from an economic impact side, as well as improving the entertainment and adding to the quality of life,” Howe said.

The turn-key renovation of the 44,656-square-foot facility is currently out to bid, with the deadline to receive bids on Dec. 22.

“We gave the contractors additional time. There is very detailed information and it is a very large project. We wanted to make sure they had ample time to submit their bids,” Howe said. “WYK Architects will oversee the bid process.”

The Cultural Foundation of Harrison County is in charge of the public capital campaign that will give people the opportunity to invest in the project, Howe said.

City officials approached the Harrison County Commission in August to request a $1 million contribution that could be paid off over a five-year term.

Commission President Ron Watson said they have also received a letter of support from Phil Wyatt, president of the Cultural Foundation of Harrison County.

“It is a tabled item that is still being considered in looking at future needs of the commission to see if it’s affordable,” Watson said. “The other high-dollar ticket items the commission has on the table include a $20 million judicial annex, $9 million 911 Center and major investment into infrastructure of a power plant, which means jobs for the county. We also have a financial commitment to the airport expansion plans.”

A 2016 Series A sales tax revenue bond of $15 million will be used to provide the working capital.

“The city is continuing to work with the U.S. Department of Interior, which is the National Park Service, in regards to our Historic Preservation application for the historical tax credits. Those federal and state tax credits could be worth more than $5 million,” Howe said.

The Performing Arts Center will feature a performance hall and ballroom.

“It will have multiple uses. From a programming and performance standpoint, it would be utilized for events from plays and dance musicals to movies, comedy acts, school field trips, various summer camps, acting classes and live theater,” Howe said. “With the ballroom, it will have the ability to host various meetings with a seating capacity of 200. We’ve already had inquiries about utilizing the theater and ballroom for weddings.”

The Robinson Grand Theater opened in 1913. It caught fire in May 1939 and reopened Christmas Eve that year. It was a hub for movies and live performances but has been closed and dormant for over 16 years. The city purchased the building in 2014 for $430,000 and two adjoining properties in April 2016. 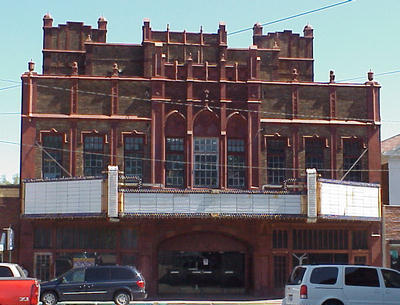 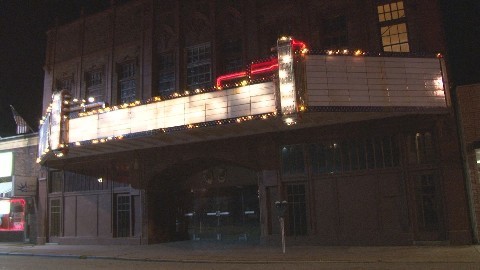