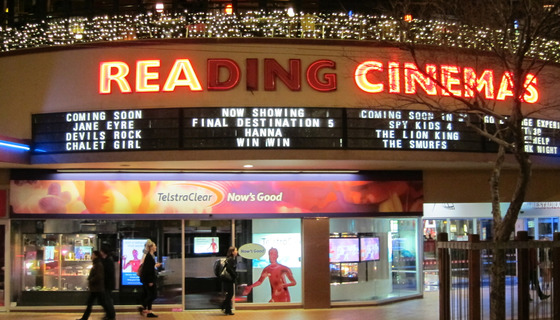 From The Los Angeles Times: Los Angeles-based movie theater chain Reading International Inc. has dozens of cinemas around the world, major real estate holdings, and a nearly 200-year history with roots in the railroad and coal business.

But the future of the storied company has been clouded by an extraordinary family drama that is playing out in court. The three children of Reading’s late chief executive, James J. Cotter Sr., are waging a battle for control of the company, a feud that is reminiscent of the discord that created chaos at the media giant Viacom Inc. this year. Unlike the Viacom case, however, this dispute has largely gone unnoticed in Hollywood.

The son, James Cotter Jr., sued the company’s directors last year after he was ousted as CEO in what he calls a “massive power grab” by his sisters, Ellen Cotter and Margaret Cotter. The sisters are also dueling with the brother in Los Angeles court over their father’s controlling stake. Both cases are pending.

Compounding matters, the siblings are also clashing over whether to entertain a $400-million offer to buy Reading. James Cotter Jr. has accused the company led by his sisters of giving short shrift to an offer from Paul Heth, the CEO of a major Russian theater chain, to buy the company for $17 a share. The company maintains the price is inadequate.

The court battles have weighed on Reading’s stock, which trades at about $15 a share, virtually unchanged from a year ago. A shareholder lawsuit was settled earlier this year, but investors remain anxious about the infighting and uncertainty over Reading’s direction.

“I think a more independent board would be more aggressive in seeking objective advice from knowledgeable bankers, rather than from Cotter’s daughters, who are spending millions against their younger brother fighting to control the entity,” said Andrew Shapiro, an investor whose firm Lawndale Capital Management in Mill Valley, Calif., has long owned Reading stock (it holds about 7% of non-voting shares).

As with Sumner Redstone’s Viacom — in which the company’s CEO was ousted after clashing with the mogul’s daughter, Shari — the infighting at Reading International highlights the perils that sometimes confront family-controlled publicly traded companies. James Cotter Sr. owned 70% of Reading’s Class B voting shares, leaving non-voting Class A shareholders with virtually no say in how the company operates.

“It’s designed to preserve family control in perpetuity, but sometimes the person you pick in perpetuity doesn’t work out or the family doesn’t work out,” said Charles Elson, a corporate governance expert at the University of Delaware. “So the other shareholders are essentially stuck in the middle.”

Billionaire Mark Cuban owns about 12% of the voting shares, but has mostly stayed on the sidelines of the various disputes.

Reading operates 57 theaters and 465 screens in the U.S., Australia and New Zealand, including numerous locations in San Diego and Hawaii, and employs about 2,300 people. The company also owns live theaters — including the Orpheum and Minetta Lane in Manhattan, and the Royal George in Chicago — and other commercial properties.

Launched in 1833 as the Philadelphia & Reading Railroad Co., the business was created to move anthracite coal mined in Pennsylvania. But after World War II, railroad companies and the coal market declined, leading Reading to declare Chapter 11 bankruptcy in 1971.

James J. Cotter Sr., a Los Angeles businessman, took control of the Reading name (made famous in the Monopoly board game) in the 1980s. Later, Reading began to acquire and develop real estate, focusing on properties with cinemas and live theater venues.

Shortly thereafter, his two daughters went to court, alleging their brother improperly convinced their father to add him to a trust that would control the voting shares of the company. Ellen and Margaret Cotter said in court papers that James Cotter Jr. unduly influenced their father while he was in the hospital after suffering a fall in his home. The daughters said their father lacked “the knowledge and understanding necessary” to make such financial decisions.

The daughters contend that after their dad was admitted to the hospital, their brother convinced an estate attorney to draft an amendment to the trust that made him a co-trustee. They allege he lied to Margaret by saying the changes were made based on videos he took of their father expressing his wishes.

Distressed over her father’s failing health, Margaret tried to convince her father to sign the amendment, the daughters’ petition said. Cotter Sr. signed the amendment only after Margaret begged and “tears were shed,“ according to the petition.

Cotter Jr. struck back with his own petition, calling the allegations against him “nonsense” and “fictional.” He said his father was “in full control of his faculties” when he signed the amendment to the trust and accused his sisters of “abusing their power… and breaching their duties.” He further contended his sisters tried to prevent him from selling his Reading stock, in order to “choke off” funds and force him to settle. Cotter Jr. owned about 16% of Reading’s shares as of April 2016, according to a regulatory filing.

In June 2015, the company’s board of directors fired Cotter Jr. for undisclosed reasons and put Ellen Cotter in charge. Cotter Jr. quickly sued his sisters and other Reading directors, accusing them of staging a “boardroom coup” to wrest away control of the company. He said in court documents that his sisters, and company directors loyal to them, had him forced out because he refused an ultimatum to give up his claim to the trust.

He also accused the sisters of choosing their own financial interests over the well-being of the company and trying to use Reading resources to pay for personal expenses, including an expensive Thanksgiving dinner for Ellen, the company’s CEO; Margaret, its vice chair; and their mother.

The company said in a regulatory filing that “numerous of the factual allegations included in the complaint are inaccurate and untrue,” and vowed to “vigorously defend” against the claims. A trial date in the case has not been set.

All the squabbling has created unease among investors. “The biggest issue is who gets to call the shots,” said B. Riley media analyst Eric Wold, the only analyst who covers Reading’s stock. “It’s been a distraction.… I’d love for them to settle this."

Further clouding matters is whether Reading should be sold. In a May 31 letter, Heth offered to buy Reading for $17 a share, a 35% premium above the stock price at the time, but the board rejected the bid.

A rebuffed Heth in September sent another letter saying he was “disappointed” that Ellen Cotter had not engaged him in talks about his all-cash offer, financed by prominent investment firms TPG Capital and the Santo Domingo Group.

Heth, best known as the CEO of Karo Film Group in Russia, told The Times that he wants to buy small theater chains in North America and retrofit them in the image of his high-end cinemas overseas.

“Reading has the footprint I’m looking for,” Heth said. “I respect what the family’s done, but I and my team can take it to the next level. I think there’s a lot I can do with it.”

Ellen Cotter said in a recent earnings call that the board met in June and November to review Heth’s proposal and determined that shareholders would be better off if the company remained independent. “We don’t believe that the pursuit of a short term premium to market through a sales process is the best way to realize the value in our company,” she said.

Investors interviewed by The Times agreed that Heth’s offer was low, but said the board needs to entertain offers.

JMG was part of an investor group that sued Reading last year for breach of fiduciary duty after Cotter Jr. was fired. The funds later withdrew their complaint and the case was settled.

Notwithstanding the legal skirmishes, Reading’s business has been growing. Revenue in the quarter ended Sept. 30 jumped 23% to $71.3 million compared with the same period a year earlier. Profit was $3.9 million, up from $327,000 in the prior-year quarter.

Reading has had some success renovating its theaters in San Diego and elsewhere by improving food and beverage options, seating and other amenities. The company also expects to generate substantial cash flow from a six-story retail and office development in Manhattan that will replace an off-Broadway theater. The project is projected to open in 2018.

B. Riley analyst Wold, whose price target for Reading is $26, said the company ’s movie theater and real estate businesses are showing signs of strength, despite its relatively small size and ongoing court battles.

“There’s clear indication that there is value,” Wold said. “It does put pressure on management to deliver more value for shareholders.” 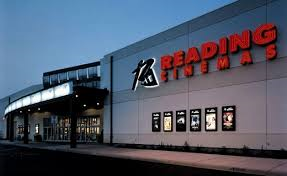 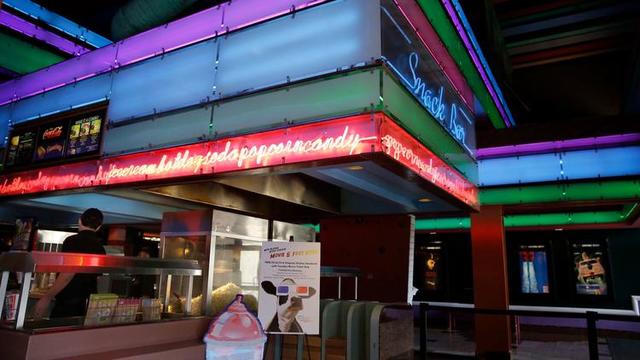