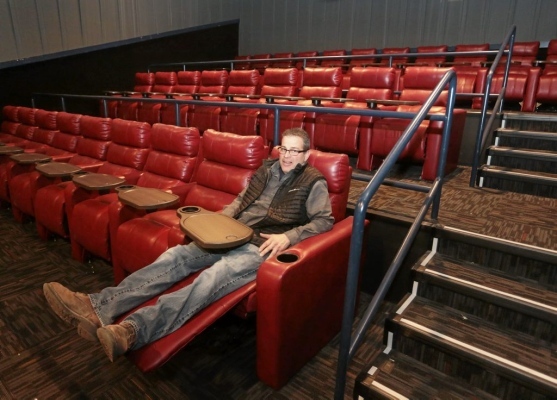 From the Times-Tribune: The Iron Horse Movie Bistro won’t be open in time for the new “Star Wars” release Dec. 16, but the return of the downtown Scranton movie theater shouldn’t be too far away.

The timeline for the rebirth of the eight-theater complex into a luxury establishment with bistro-style food, alcohol and squishy red leather recliners moved back a few times from the original target of the first half of 2016 amid engineering and millwork manufacturing delays.

Carl Scartelli, superintendent for Eco Trade Construction overseeing the $4 million renovation, expected the remodeling work to wrap up in the second week of December.

Mr. Scartelli led The Times-Tribune on a brief tour of the building amid a flurry of activity as roughly 20 contractors painted walls, installed carpeting and tiles, worked on finishing ceilings and continued adding curtains and speakers.

Keph Construction crews, who specialize in movie theater projects all over the country, worked on setting up Theater 1, which Project Manager Charlie Harrison described as the facility’s prime auditorium with 22 speakers.

“This would be where their mega-blockbusters play,” Mr. Harrison said. “You’re going to have a much better experience with the surround sound. They’ll have upgraded seating. These are love seats. If you’re on a date, you can raise the arm rest and scoot your honey right next to you. The silver screen is a 3-D screen. Everything is upgraded. They’re making the theater experience like a ride in a theme park.”

Once construction is done, Phoenix Theatres will still need to set up the kitchen, hire staff and train the workers, which is why Mr. Gibbons said the opening of the theaters at the intersection of Penn and Lackawanna avenues will come early next year.

“This is exciting,” Mr. Gibbons said. “We see this as a corner that all of a sudden is going to have an incredible amount of life.”

Mr. Gibbons spoke about the movie complex in the context of Delta Medix and Luzerne County Community College occupying space in the mall, the planned opening of the Scranton Public Market in the near future and more retailers moving in.

Mr. Gibbons highlighted the recent return of eclectic gift boutique La Ti Da to the mall, along with Pink Shades by Kimberly, a women’s clothing store targeting 18- to 35-year-olds, scheduled to open Thursday. 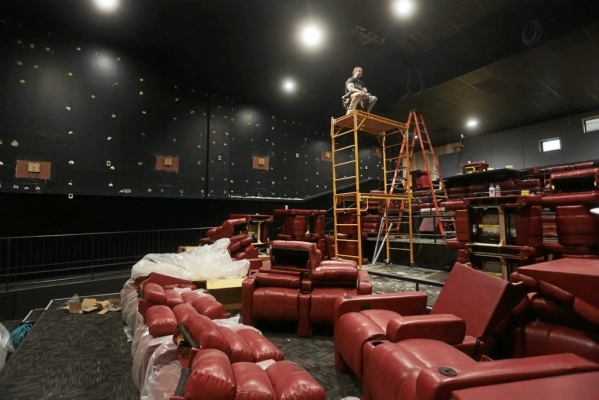