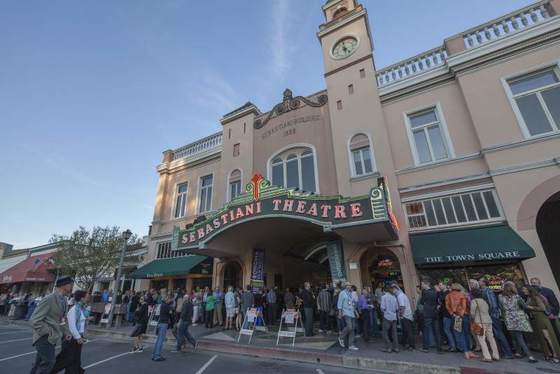 From the Sonoma News: Sonoma filmgoers can look forward to sequels, spinoffs and retro classics for years to come at the Sebastiani Theatre on the Plaza. At the Sonoma City Council meeting on Nov. 21, the City of Sonoma and the foundation that operates the theater entered into a 25-year lease with the owners of the building, with an option for an additional 25 years.

“We’ve worked for five years on this,” said Darryl Bellach, president of the Sebastiani Theatre Foundation, adding the 50-year commitment “will allow the efforts of the Foundation, and the City, and all of those involved to shepherd the theater into the foreseeable future.”

Since 2011, the City has been renting the 84-year-old movie palace from Oakland-based Sebastiani Building Investors, then subleasing it at a lower price to the Sebastiani Theatre Foundation, which operates the facility.

Under that model the rent for the theater increased against the Consumer Price Index, a sometimes volatile measure that sent rental rates up to its current $5,426 per month. In 1986 when the City started leasing the building, the rate was $3,000 monthly. The new lease holds annual rent increases to a predictable 2 percent.

Longtime theater manager Roger Rhoten spoke at the Monday meeting about his 25 years at the Sebastiani. “We want to keep and maintain the theater for future generations,” said Rhoten, who described the lease as the start of a “new era.”

“We want to improve the theater top to bottom and bring new and exciting programming to the theater.”

The City was also granted the right of first refusal in the event of the theater being sold, an added assurance that Sonoma will maintain some degree of control over the fate and use of the historic building. The Art Deco structure dominates the Plaza on First Street East, and was the last theater designed by noted Bay Area architect James W. Reid, who with his brother, designed many of Northern California’s most luxurious movie theaters as well as hotels and other large buildings.

Key to the new agreement is the condition that the theater must be upgraded to Americans with Disability Act (ADA) compliance, which pleased Jeanne Allen. “For 16 years I’ve been going to the Sebastiani for movies and events – and for 16 years I haven’t been able to use the bathroom,” said Allen, creator of the regional Incredible Accessible guides.

Allen added that it would take more than providing bathroom access to bring the theater into ADA compliance: a ramp or lift is needed to provide access to the stage, 1 percent of the seating must have companion seating, and another 1 percent must be aisle seats with no arm rests or, at least, folding armrests.

“It’s important that an active wheelchair user be involved in the design,” urged Allen, who volunteered to be that person.

Attaining ADA compliance has been a major stumbling block en route to getting a food and beverage license, as the model of serving wine or beer with movies has become increasingly popular in recent years. Such an upgrade is planned for the Sonoma Cinemas, at the recently-sold Fiesta Plaza on Sonoma Highway.

“It’s a big thing in movie theaters these days,” Rhoten has said. “If I could, I’d have done it a long time ago.”

Keeping the Sebastiani Theatre open and operating has preoccupied city councils over many years. Larry Barnett, a former city councilmember and mayor, recalled that “issues about the theatre were popping up all the time. Leaky roof, plumbing and the sorts of things an old building typically exhibits.

The Goodhue family (which purchased the theater from the Sebastiani family in 1986) was not always immediately accommodating, and the Rhotens never had much to bring to the table except their dedication and devotion.”

Following the 5-0 council vote, Barnett stated, “Now at least two more generations will enjoy the Sebastiani, an accomplishment that will outlast the memory of any of us who did our part to ensure that result. I call that a legacy, and a fine one."

For the past 25 years Rhoten has operated the Sebastiani Theatre, providing programming through film, live shows and a variety of performing arts events and camps. He and his wife, Diana, will continue in that capacity, and work with the Foundation – which he helped create in 1986 – on developing the ADA-compliant improvements.

The Foundation has already raised the needed capital for the installation of a modern heating and air conditioning system, repairs to the projection system, replacement of office computers, advertisement of events, scholarships to performing arts camp, legal advice fees for lease negotiations and more.

Other identified projects such as new auditorium seating, new stage curtains, new exit doors, and restoration of the orchestra pit and stage area are also planned, and the Foundation has already embarked on fundraising for these and additional projects.

The Sebastiani Theatre Foundation Vintage Movie Supper Club, with its monthly film classics following a club dinner out, is among the Foundation’s major fundraising initiatives. Generous donations, such as the $120,000 state-of-the art 3D video projector and the nearly $250,000 gift from a local citizen in the community, have gone a long way toward keeping the theater viable.

“Support is greatly needed at this time,” said Bellach. “Renovations to this 84-year-old community gem will require great amounts of funding and other resources.” Donations can be made online and more information is available at sebastianitheatrefoundation.org. 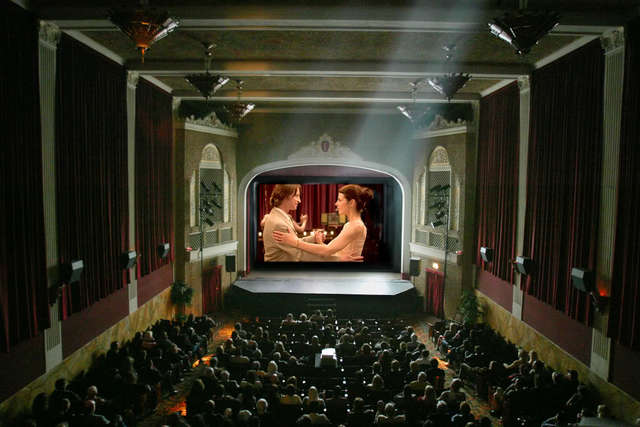