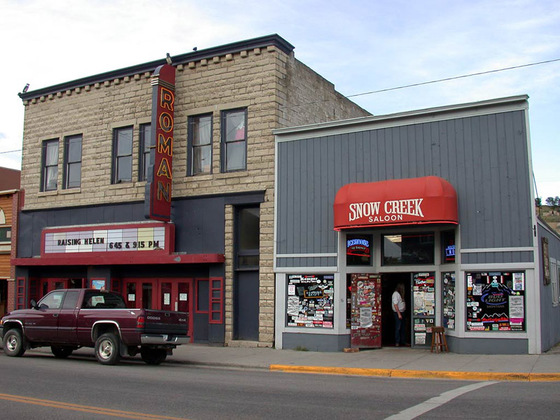 From The Billings Gazette: In its early days, boxing matches would precede film showings at the Roman Theater in Red Lodge, said manager Mike Booth.

But for most of the theater’s long history, it’s just been movies. The Roman was built in 1917 and has been seating audiences since. A short list of managers have overseen the building over the years, and it’s changing the guard once again.

“For a lot of us who grew up here, there’s all those memories of the theater,” said Booth, who took over as manager in October.

The aged Broadway Avenue building contains 202 seats, which are rarely filled. Booth said an average of 15 to 25 people show up each night. The balconies that flank the center gallery no longer hold a crowd of people. They’re used for storage.

Building owners Jeff Anderson and Betsy Scanlin put in a new screen and invested in a digital projector in 2012 — anything to keep Red Lodge’s only theater going.

“We’re very lucky if we break even,” Anderson said.

That’s how Booth got into the managerial position after the previous day-to-day operator left. He said he wanted to make sure the theater wouldn’t close.

Booth is a business consultant who works in Red Lodge and Billings. While management is part-time, it’s a daily endeavor. He oversees five employees, keeps things running and files paperwork from a small office next to the projector room upstairs.

He took over as manager after the Red Lodge Theater Company pulled out as manager. The troupe took over in 2013 after longtime manager Lee Hanchett left the business.

In addition to showing movies, the Theater Company used the stage for live productions. Guynema Terry, a member of the troupe, said that they decided to try for something more than part-time live theater, and so they moved on from the Roman.

But she said that running the old building was special.

“It was wonderful, and I hated letting it go,” Terry said. “The Roman kind of gets in your soul.”

Anderson and Scanlin took over the building in 2000. Anderson said that the building was slated for conversion into a restaurant, but the deal fell through. Soon after, they owned the building.

His long-term goal is to keep the place open.

Booth carries an unofficial interim tag as manager, but he’s not sure how long he’ll stay in the position. While it’s meaningful work, the independent theater business isn’t a cash cow.

Ticket prices recently went up slightly, and Booth closed the theater on Mondays to save a little money. He said they run top-10 box office movies to attract the largest audience in the small town.

He logs the ticket sales for each movie nightly and reports it to a telephone hotline. That’s how production studios get their royalties, which can range from 35 percent to 60 percent, depending on the movie.

He’s also working on other uses for the space. There are a handful of special events at the Roman each year. The theater is an occasional venue for the Red Lodge Songwriter Festival, which Booth directs. There are special showings for local ski and outdoor films.

Booth is working on plans for the theater’s 100-year anniversary, which falls next year.

Whether it’s hosting local students or regional artists, Booth said he wants to get some traffic into the place while he’s at the helm.

“It really belongs to the community,” he said. “Because people have been coming to the movie theater for 100 years.” 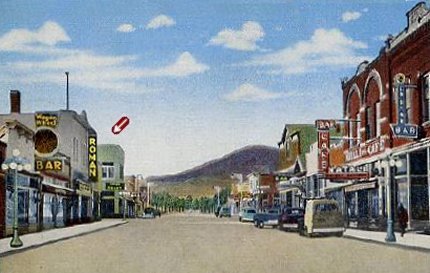