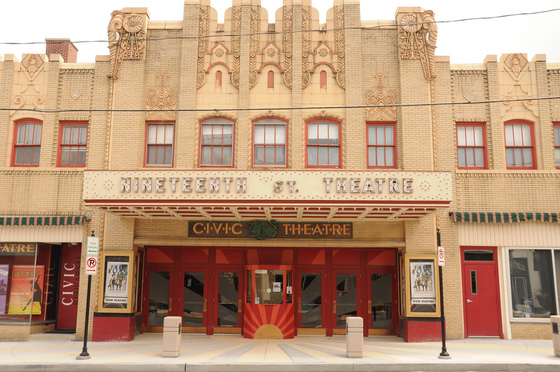 From The Morning Call: Civic Theatre of Allentown is launching the first major capital campaign in its history in hopes of raising $5.5 million to help restore the historic 19th Street Theatre.

The announcement was made Friday afternoon in a news release announcing the campaign will kick off with “The Next Act … Setting the Stage for the Future,” a Nov. 15 invitation-only event at which actress Christine Taylor, an Allentown Central Catholic graduate and former Civic student, will speak. Taylor is the campaign’s honorary celebrity chairwoman.

All have given support through monetary pledges, by making videos to be shown at the Nov. 15 event and elsewhere, and with other contributions, said Sharon Glassman, campaign co-chairwoman and past president of the theater’s board. The campaign was jumpstarted when Civic Theatre got a highly competitive, $2 million state Redevelopment Assistance Capital Program that requires matching funds, said Glassman.

“The building is very old, and we planned to do a capital campaign for a long time,” Glassman said. “The grant gave us the courage to move forward.” The theater already has “a nice start with some pledges,” she said.

“This restoration is vital to Civic’s future as a cultural magnet for the West End neighborhood and complement to the redevelopment occurring in Allentown’s business district and The Waterfront,” the news release said.

The money would pay for a three-part renovation plan that would start in April, Glassman said. Alvin H. Butz Construction will be construction manager.

“We want to restore a lot of the architectural beauty – beauty we can bring back to life,” she said.

Work would improve the 87-year-old theater’s infrastructure, designed to return the auditorium “to its original splendor as a landmark arts facility and focal point of Art Deco architecture,” the release said.

Glassman said that will include a new ceiling, new seats and renovation of the stage, as well as the auditorium walls – with the intent of retaining or duplicating the ornate frescoes.

A big addition would be a new box office, as well as bar/lounge for patrons for socializing before, after and during performances. That would be built in first-floor space opened when the theater moved its offices across the street to its new Civic Theatre514.

“The competitive spirit of everything has changed the world we live in,” Glassman said. “Giving them good entertainment isn’t everything anymore.”

In addition, the theater’s second floor would be renovated. The costume shop and other underused rooms would be opened for rehearsal space, the children’s theater school and other use, Glassman said. Windows would also be replaced.

“It’s going to be a big deal — make the space as user-friendly and as child-friendly as possible,” she said.

Over the years, the theater has undergone other improvement projects — its bathrooms and marquee, for example — but age eventually brings any structure to the place where it needs bigger renovation, Glassman said.

The 19th Street Theater was built in 1928 at a cost of $500,000. Its builders, Thalheimer & Weitz, designed 10 other theaters in the Philadelphia-New Jersey area, but only the 19th Street Theatre and one other remain active, according to an online biography.

Getting the highly competitive state grant, for which the theater applied two years ago, was key, Glassman said. “We were very, very fortunate to get it,” she said, crediting State Sen. Pat Browne for his support.

Glassman said the Nov. 15 event at the Lehigh Valley Trust Building on Hamilton Street will be “truly the beginning” of the campaign. Honorary chair of the campaign is Zachary Jaindl of Jaindl Enterprises. Campaign co-chairs along with Glassman are Jane Heft of City Center Lehigh Valley, Greg L. Butz of Alvin H. Butz, Inc., and Barry Glassman, longtime member of Civic’s board of directors.

Taylor is a longtime supporter of Civic Theatre who credits her experiences there as a child and teenager with helping to launch her career, .

“It was wonderful,” Glassman said. “We told her we would like her to be the head of the celebrity committee, and she agreed. We know her and love her and she loves us and we know it. She leads a very busy life. We’re very excited.”

Taylor, who is married to actor Ben Stiller, starred on the television series “Hey Dude” and in the films “The Brady Bunch Movie,” “The Wedding Singer,” “Dodgeball: A True Underdog Story,” “Zoolander” and more.

Link to the story: http://www.mcall.com/news/breaking/ 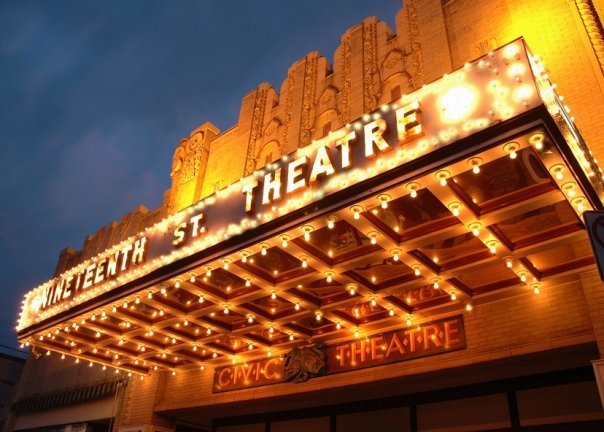 What an incredibly beautiful theatre!