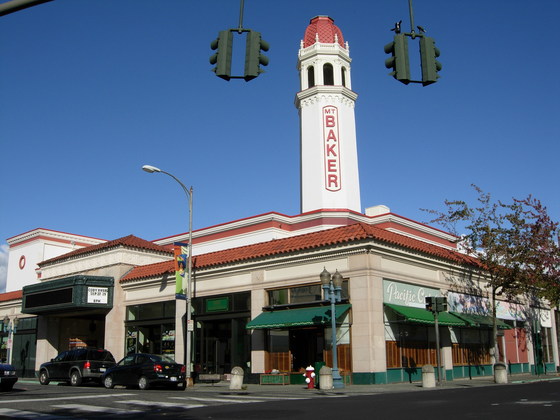 From whatcomtalk.com: E ach generation has the responsibility to balance embracing the new while preserving the old. But how do we decide what is worthy of saving, restoring and renovating, and what is to be replaced? The historic movie palaces built around the world between the 1910s and the 1940s are an important example of this dilemma. Bellingham’s Mount Baker Theatre (MBT), opened on April 29, 1927, is a stunning example of how history can be preserved while serving the demands of modern, continuously changing society. But it is also the only survivor of five movie palaces built in Whatcom County.

Over the years, MBT has evolved into the civic historic home to a premiere Pacific Northwest cultural tourism destination that also sustains the regional community through its arts education programs and substantial economic impact. Around the world, citizens and municipalities continue to work hard to save the remaining historic movie palaces born of that time.

Around 1900, silent motion pictures became a small part of the live entertainment offered in vaudeville theatres. Bellingham enjoyed an ideal location on the well-worn Pacific Coast vaudeville circuit. Small storefront theaters and Nickelodeons developed across the country in the 1900s and 1910s, catering affordably to the lower and middle-classes. But there were real concerns over the physical safety of the Nickelodeon theaters as they were often cramped with little ventilation and the nitrate film stock used at the time was extremely flammable. The upper-class was used to more refined viewing typical of the opera. But as more sophisticated, complex and longer films featuring prominent stage actors were developed, the upper-class wanted to attend the movies and that desire paved the way for the opulent movie palace.

With a population of 35,000 and a well-deserved reputation as a ‘theater town’ (14 theaters were listed in the 1914 City Directory), Bellingham was targeted by West Coast Theatres—controlled by William Fox of 20th Century Fox Studios—as an ideal site for an addition to their growing network of movie palaces.

Three architectural design types were chosen for movie palaces of the time: the classical style movie palace (with luxurious architecture), the atmospheric theatre which has an auditorium ceiling that resembles an open sky, and the Art Deco theaters that became popular in the 1930s. MBT is an example of the classical style, advertised at the time to “make the average citizen feel like royalty.”

The signature look was extravagant ornamentation, creating a feel of eclectic exoticism where visual styles collided wildly with one another. French Baroque, High Gothic, Moroccan, Mediterranean, Spanish Gothic, Hindu, Babylonian, Aztec, Mayan, Orientalist, Italian Renaissance, and (after the discovery of King Tut’s tomb in 1922) Egyptian Revival, were all mixed and matched. Many offered amenities such as larger sitting areas, air conditioning and even childcare services.

When it was built, MBT incorporated the most modern reinforced concrete building techniques with architect R.C. Reamer’s imaginative Moorish-Spanish motif and elaborate interior. The building was completed after only one year, employing several different contractors and over 80 craftsmen experienced in stone masonry, carpentry, and plaster casting. Equally well-equipped to show motion pictures, MBT had the latest in projection room equipment and gadgetry, a flying screen and a top-of-the-line Style 215 Wurlitzer theater pipe organ that remains today.

Following World War II, the widespread adoption of television and the migration to the suburbs caused a rapid decline in movie ticket sales. Most movie palaces owned by Paramount Pictures closed as a result of a lawsuit in 1948 and many more independent theaters could not continue to operate on the low admissions sales of the time. The ones that survived were converted to multiple screen venues or performing arts centers that operate as regular theaters, showcasing concerts, plays, and operas.

Mount Baker Theatre was to be one of the last grand vaudeville/silent movie palaces built in the entire Pacific Northwest. Later in its opening year (1927), The Jazz Singer became the first talking motion picture to show widely, eventually leading to the end of the vaudeville era. In addition, the Great Depression began in 1929, abruptly ending investment in lavish movie palaces.

Citizens and municipalities around the world today continue to raise funds and build partnerships to preserve the surviving movie palaces. Our own community works together to keep MBT accessible to future generations.

In 1978 the MBT was placed on the National Historic Landmark Register. But by the 1980s it was in need of significant repair and was slated for demolition. In 1984, the community rallied and saved it by developing a partnership between the city, county, and the community that resulted in a city-owned facility managed by the Mount Baker Theatre Corporation, a 501©(3) nonprofit.

Since then, taxes have funded the Theatre’s management and private support has provided over $14 million in capital improvements including significant restoration and remodeling that concluded in September of 1996. Those efforts transformed MBT’s three venues that currently support more than 400 events and 110,000 visitors annually.

The elaborate architectural design that was originally meant to create a fantasy environment—attracting moviegoers with spectacle and allowing them to escape to another world for a short time—still remains as a major asset to the MBT experience.

MBT’s 90th birthday is being celebrated in 2017: a year-long acknowledgement of this building that represents the power of hope and community collaboration. If the building has touched your life in any way consider becoming an MBT Member and take your place as a part of the building’s rich history. Individuals and businesses also make MBT’s work possible through sponsorships and one-time or recurring donations. MBT’s Stars volunteers are integral to keeping the organization alive, and are a small army of do-gooders who make the Theatre their second home and each other their second families—consider joining them! In a given year the work of 250-300 volunteers equals the work of six full-time employees!

Those highly-invested in the future welfare of MBT will be gathering to raise their glasses and their paddles to say “Cheers to 90 Years” on the building’s actual birthday, April 29. If you are interested in attending, contact John Purdie, Development Director.

Of course you can celebrate MBT’s birthday at any of next year’s hundreds of public events, such as one of these shows that go straight to the heart of our preservation mission: the Silent Film Series with Live Scores: Hamlet on January 8, and Ben-Hur on May 14.

These landmark films from the 20s are displayed on the big screen surrounded by the Theatre’s opulence and accompanied by MBT’s amazing organ—considered one of the top ten in the nation! Hamlet features an actress years before her time portraying Hamlet as a princess in disguise, with added classical concert scoring on harpsichord, piano, and the vocal stylings of mezzo-soprano Melissa Plagemann. Ben-Hur is the original action movie. See the scene that is the father of all other chase scenes, while sipping mid-afternoon wine from an in-theatre concert cup. Cheers! 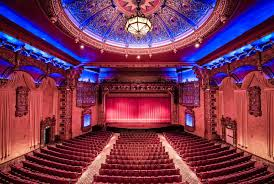 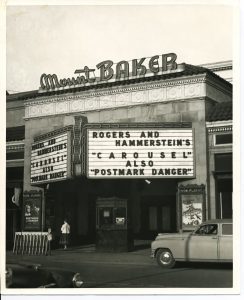