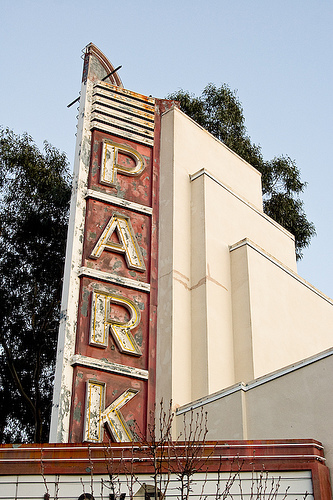 From the East Bay Times: The potential buyers of the Park Theater have pulled out of plans to purchase the empty movie house, ending hopes for its revitalization.

Lafayette residents Cathy and Fred Abbott and business partner Alex McDonald have terminated their efforts to buy the 75-year-old theater on Golden Gate Way they hoped to transform into a performance and rehearsal space, and venue for art house films.

“Simply put, there were too many circumstances making it infeasible for us to return a theater use to this location,” the couple wrote in a Dec. 12 email to city administrators.

The group had recently asked the City Council for an agreement allowing them to reopen the theater under special regulations that would preserve the historic character of the neighborhood along Plaza Way.

Lafayette has been working with property owners there to revamp the block and draw more people to nearby Plaza Park.

Plans included a 250-seat theater that would screen movies and host live performances, and locally produced beer, wine and food for patrons to sip and nosh.

Ideas for parking were more ambitious, and the rejection of a November sales tax measure by voters made city funding of parking and circulation “impractical,” the business partners wrote.

The city had said it would possibly use funds from Measure C, a 1 percent sales tax increase expected to raise about $87 million over its lifetime, toward reviving the theater.

Despite plans to encourage patrons to walk, bike or use shuttles and ride-sharing, the partners said concerns about the theater’s impact on parking at the nearby library coupled with worries from nearby merchants and property owners about a crunch also factored in the decision to pull out. “Our vision of helping to green Lafayette with a variety of alternative transportation measures aimed at reducing the need for parking spaces did not succeed at generating a critical mass of support,” the Abbotts wrote.

City Manager Steve Falk said he appreciated the attempt to save the “historic resource,” and told the group he believed the Park’s revival and survival require outside support.

“Very few single-screen theaters persist in California without it, and that was a primary reason why the City Council placed the Measure C sales tax measure before the electorate,” Falk wrote to the Abbotts.

The Park screened its last film in 2005. A Fenton’s creamery was once proposed for the site, but the theater remains vacant. 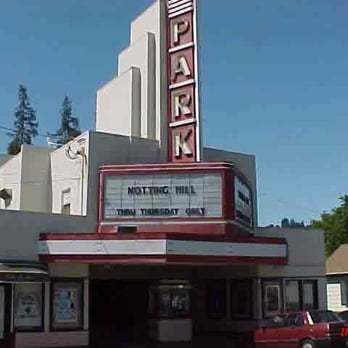 This is to bad. Now the theatre will just sit and rot for many more years. With all the money in this area from very well to do people someone or a local company needs to come on board and get the place open again.

Thanks For sharing this information. It’s Nice..!!! https://games.lol/puzzle/