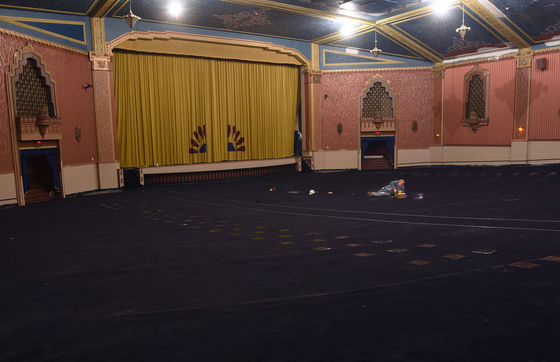 From the Daily Journal:
The longtime theater in downtown Kankakee on North Schuyler Avenue is moving into the next generation of the movie-going experience, swapping out more than 860 seats for 300 power recliners.

The biggest change though will be from going from an 868-seat auditorium to one with 300-plus recliners.

“The math is not great when you go from an 868 seating to 300-plus seating,” Mazrimas said. “At the Paramount with 300 seats, you’re losing 60 percent of your seating. But at 300 seats, it will be the largest venue in Illinois with power recliners. Nobody has an auditorium with as many seats.”

Classic Cinemas, headquartered in Downers Grove, believes the recliners will boost attendance at Paramount. Its main auditorium was its second-largest venue.

The new carpeting already is down in the large auditorium, which has been closed for a couple weeks, but the smaller auditoriums at Paramount have been showing movies. The seating is scheduled to arrive this week, and Paramount is planning to reopen the renovated theater in a week.

“We’re really going to shoot for Universal [Pictures] opening of ‘Sing’ for the first movie,” Mazrimas said. “That will be on Tuesday the 20 at 6 p.m., and we’ll show matinees on Wednesday the 21.”

“People seem to like the comfort they’re getting with it,” Mazrimas added. “It creates a whole new world for us.”

This is just the first phase of Classic Cinemas investment in its Kankakee theaters.

“The plan in 2017 is to renovate the rest of Paramount and get Meadowview started with an expansion and the new seating,” Mazrimas said. “Meadowview is a little further off. The plan is to get it to six auditoriums. … That’s down the road.”

Cinemark in Northfield Square mall in Bradley installed recliners in its auditoriums in the past year.

Overall, domestic movie attendance has stayed relatively flat throughout the past several years, according to the Motion Picture Association of America. The number of tickets sold in the U.S. slipped 1.5 percent from 2012 to 2013, as reported by the Wall Street Journal. The decline comes amid growing competition from video-on-demand streaming services such as Netflix and other entertainment options. 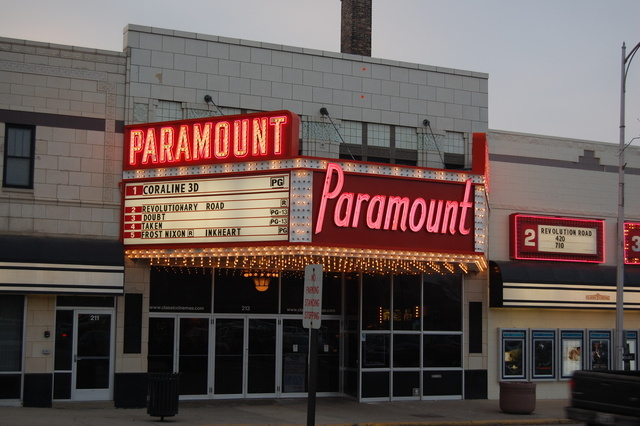 “The math is not great when you go from an 868 seating to 300-plus seating,” Mazrimas said. “At the Paramount with 300 seats, you’re losing 60 percent of your seating."

Which is exactly why I’m not a fan of the new trend of putting in recliner seats in theatres. Another reason why, claimed below:

“The industry is saying you will see a 50 percent increase in attendance,” Mazrimas said.

A local megaplex did the recliners and went from houses that had 150 seats before down to 70 seats after the conversion. Now they have reserved seating only too! And naturally an increase in ticket prices again. All the more reason to stay home in my opinion.

If the theatre has been designed from the ground up for recliners, then OK. Not only are they comfortable, I personally like the reserved seating. I buy my tickets on line and select the seats and just show up.

That leads to another reason I don’t favor recliner seats in theatres – given how comfortable they’re touted as being and the fact that they’re recliners, what are the odds that you’ll get quite a few moviegoers falling asleep in their seats during a movie in a recliner-seated theatre and thus missing part of the movie?