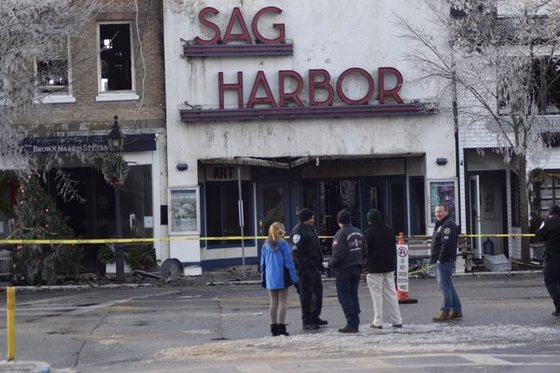 Fire swept through the heart of Sag Harbor Village in the icy pre-dawn hours Friday, damaging at least four shops and an iconic, historic movie theater on Main Street.

Friday afternoon, firefighters continued to douse the rekindled ruins of the Sag Harbor Cinema, where all that remains is the four walls and the facade, fire officials said. “It’s gutted. It’s basically gone,” a fire department official told Patch.

“The roof is completely gone. You can look from the front of the building right out through the back,” Sag Harbor Fire Department officials said.

The fire is believed to have started on the back deck Friday morning; the fire is still under investigation by the fire marshal.

Both buildings on either side of the movie theater were lost or severely damaged, as was the south side of the shopping mall, fire officials said.

Flames and heavy smoke spread rapidly to at least five businesses on the street.

Cars were still not allowed down Main Street in Sag Harbor Friday afternoon.

According to the Sag Harbor Fire Department, the fire broke out at 6:14 a.m. near the Sag Harbor Cinema, with brutal winds and freezing temperatures posing challenges for firefighters who, covered in ice, battled the blaze.

But despite the widespread devastation and damage to property, no one was injured, the Sag Harbor Fire Department said.

Residents turned to social media to document the devastating scene they witnessed:

“I can barely hold my phone. It’s 22 degrees out,” wrote resident Tanya Malott, who lives close to the fire, on Facebook early Friday morning. “I saw flames shooting 20 feet in the air. The streets are covered in ice. The wind is blowing hard and the entire East Hampton side of Sag Harbor is covered in smoke. This is such a tragedy for Sag Harbor.” 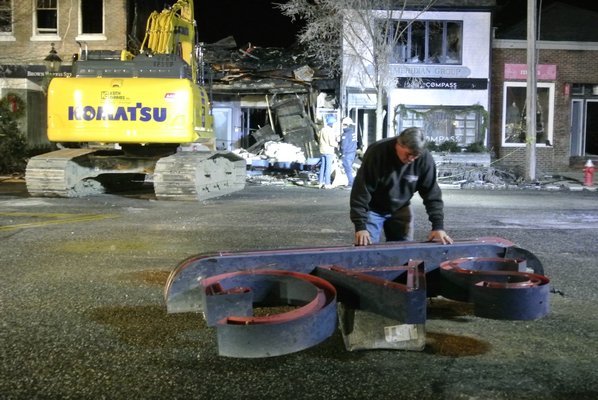 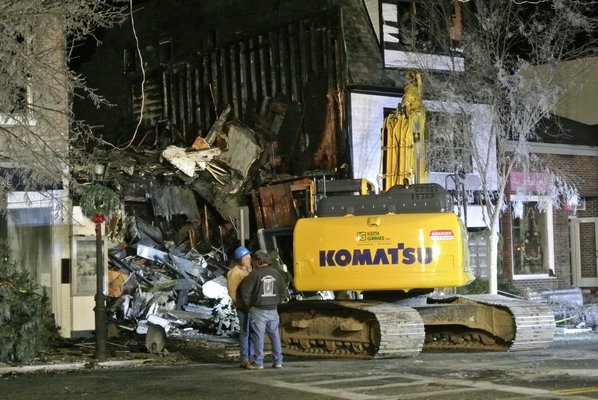 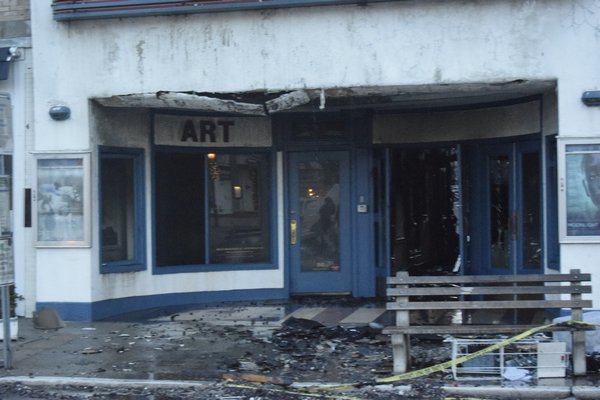 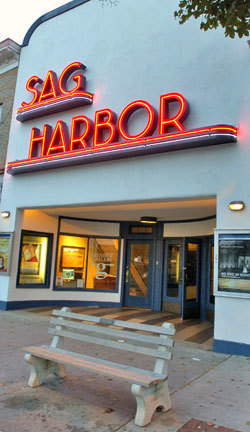