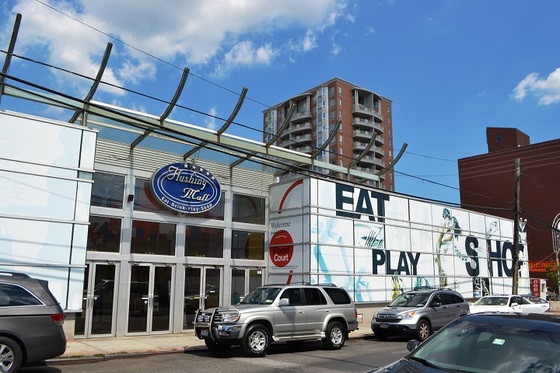 From QNS.com: Downtown Flushing will soon see a brand new movie theater after over 30 years without, according to reports.

The massive commercial and residential project at 133-15 39th Ave. between College Point Boulevard and Prince Street is being co-developed by F&T Group and SCG America. Plans currently include four 15 or 16-story buildings which will feature a mix of condominium units, retail and office space, food hall and a three-level parking garage with 1,200 spaces.

The project’s co-developer F&T Group has been active in the Flushing area: the group is working on the huge Flushing Commons project and constructed the nearby One Fulton Square.

The site of the new Tangram development was formerly home to Flushing Mall until it was demolished in 2015.

The area’s last movie theater was the RKO Keith’s at 135-35 Northern Blvd. which closed over three decades ago. The space was purchased by a real estate developer earlier this year for $66 million and will be turned into luxury condominiums.

The buildings are being designed by Margulies Hoelzli Architecture.