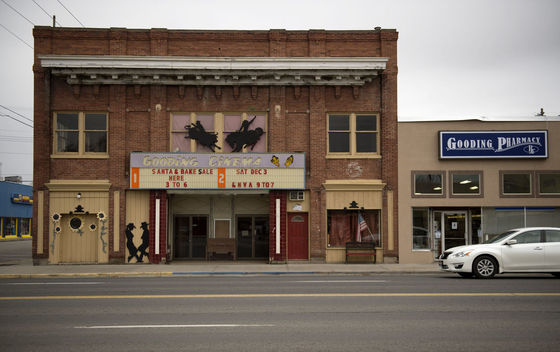 From magicvalley.com:
The roof on the historic Schubert Theatre is leaking, damaging nearly 100-year-old hand-painted canvasses and interior molding.

The theater, built by Frank Gooding — elected Idaho governor in 1904 and a U.S. senator in 1920 — is an iconic building along the small town’s Main Street. Community leaders hope to restore it to its former glory.

Two years after it was formed, nonprofit organization GREAT Inc. — Gooding Restoration for Entertainment, Arts & Theater — is about halfway to its $63,000 fundraising goal to replace the roof.

“It’s a real landmark here in Gooding,” Mayor Walt Nelson said. “I’d like to see it back to where it’s being used.”

So far, the nonprofit has about $30,000 to replace the roof and is waiting to hear back about a few grants.

“We can’t do anything inside until we get the roof on,” building owner and Gooding resident Charmy LeaVell said.

The nonprofit — which has a seven-member board and a core group of volunteers — wants to replace the roof this spring. Its efforts to raise money include bake sales and writing grant proposals.

The vision is to restore the theater as a community event center, LeaVell said.

It would be used for movie screenings, dinner and theater events, community performances, dance and music lessons, and family and school reunions.

“It will be a focal point for this community,” she said.

Want to voice input about the theater renovations? The nonprofit is holding a community forum at 7 p.m. Jan. 19 at Gooding High School.

Architects will present a comprehensive plan and attendees will have a chance to share input.

Eventually, interior restorations will include plumbing and electrical upgrades. But roof problems have already taken a toll on the building.

“It has done a tremendous amount of damage with molding and the historic backdrop,” LeaVell said.

The roof has five layers of asphalt and tar mix on it, and can’t be patched anymore. Without a new roof, “the building itself is in jeopardy of being compromised,” LeaVell said.

That would mean losing a piece of Gooding’s history.

Frank Gooding built the Shubert Theatre in 1920 as an opera house. It became a movie theater a few years later when silent films started becoming popular.

The business was operated for generations by the Schubert family.

Adam and Liz Schubert sold the theater in 1986. It remained open until the late 1990s as the Gooding Cinema.

The theater was added to the National Register of Historic Places in 2004.

Charmy and her husband, Lonnie LeaVell, bought the theater in 2009 after hearing someone was interested in buying the building to turn into a racquetball court. They decided to make an all-cash offer.

“We purchased it because the building was too significant and important historically for it to be turned into a racquetball court,” Charmy LeaVell said.

The couple has deep ties to Gooding. Lonnie grew up in the Gooding and Fairfield areas, where his family raised cattle.

But after buying the building, the couple faced a roadblock: figuring out how to pay for renovations.

“In order to renovate it and restore it, which was our vision, we had to be able to get other sources of funding for that,” LeaVell said.

That’s when they decided to pursue forming a nonprofit organization.

Inside the theater, the lobby features a hand-painted ceiling. There are murals by Ernest Miller covering the walls.

And another piece of Miller’s artwork — a backdrop with a painting of Twin Falls waterfalls — was discovered in the rafters.

Miller’s grandson Corky Miller — a professional photographer from Portland — came to visit the theater about a month ago.

LeaVell said she’s staying in close contact with Miller and he’ll be involved in helping to restore the building.

One recent discovery inside the theater: a trap door below the stage — which may have been used by hypnotists and magicians many decades ago, LeaVell said. “We’re thinking trap door was for people to disappear.”

Doors and doorways in the building were also signed by actors and included a list of plays and movies shown in the theater.

LeaVell removed the doors in order to preserve them. “Every time we discover something like that, it’s fascinating.” 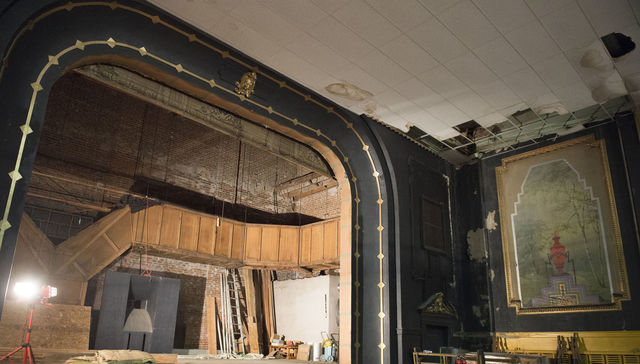 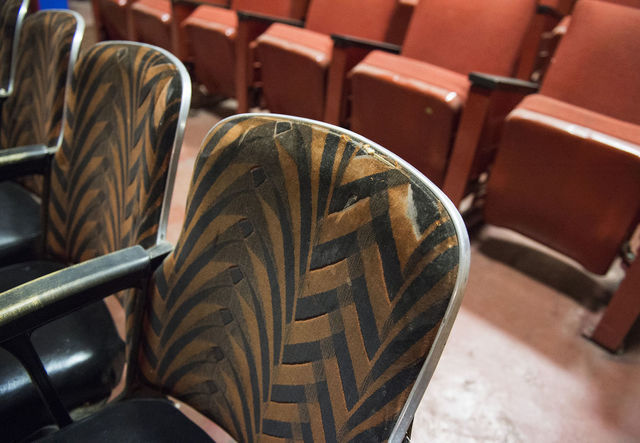 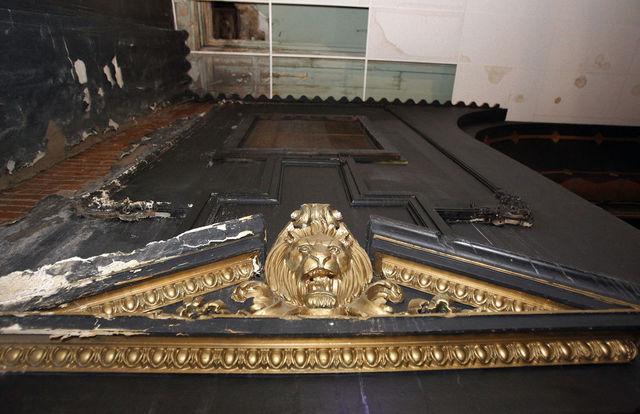