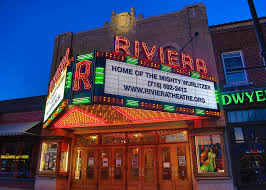 From the Ken-Ton Bee: In 1926, the Wurlitzer organ was the heartbeat of sound as a silent film played at the downtown theatre in North Tonawanda.

The theatre, which was first called — and spelled — the Twin Cities Rivera, held its opening night on Dec. 30 of that year.

“And with that opening came the installation of the Wurlitzer,” said Neil Lange, who has been on the board of directors since 1985. “In 1926, there were only silent films; there was no sound that came along with movies. “That didn’t happen ’til the following year. [In] 1927, “The Jazz Singer” was released, which had some talking in it.”

The side of Webster Street where the theatre is located was a railroad until 1919, when it was then relocated to downtown North Tonawanda, according to Lange. North Tonawanda was known as a huge lumber city, and Herschell Carrousel was also close by.

“So this just made a great place to have a downtown movie house for the City of North Tonawanda, which was rapidly expanding.”

In the beginning, the organ was necessary to accompany the movies.

“The purpose of the organ is that it could imitate all the sounds of an orchestra,” Lange said. “So one person could play the flutes and could play the trumpets, the tubas and the snare drums and everything else you could think of.”

The organ also had sound effects and could produce a honking noise if a car was going by in the film or the sound of a train whistle or rippling water just by playing the keys.

“By the ’40s, we know the organ was in quite disrepair because the first volunteer group came in and fixed the organ for D-Day in 1944.”

Then in the ’50s, the organ was used to host teen dance parties on the stage until the late ’50s, when it once again fell into disrepair.

“The organ is such a sensitive instrument. If it’s not maintained regularly, the leather starts weakening. It’s good to keep the leather moving,” Lange said.

He compared it to an old pair of sneakers, saying that “if you let them sit for a year untouched, they get stiff.”

In the early ’60s, the Niagara Frontier Theatre Organ Enthusiasts came in to help work on repairing and maintaining the organ, and their efforts were soon evident.

In 1964, the organ was featured in the National Theatre Organ Convention, which was held in Western New York.

“It wasn’t used very frequently. Not until [the] late ’60s when the Organ Society decided they were going to produce a monthly organ concert,” Lange said.

On Sunday mornings, the theatre would charge for the Sunday matinee, and people could come early for an organ concert.

In the early ’70s, the society continued on but broke off to hold its own concerts on Wednesday nights. Now, the theatre incorporates these concerts with a silent film at the Riviera Theatre, located at 67 Webster St.

According to Gary Rouleau, co-director and director of development, the theatre uses the Wurlitzer 30 minutes before almost every show.

Lange noted that the organ now has some computer components that make it reliable, but the pipes still play the same way they did in 1926.

This fall, Steve Vai, a classic rock guitar player, performed a show at the Riviera Theatre.

“He saw the organ and incorporated it into one of his songs,” Lange said.

Actor Hugh Laurie, who’s also in a band, showed similar appreciation for the organ and began his show by rising up on stage playing the Wurlitzer.

“To have something 90 years old and still having it used in modern day concerts is just amazing,” Rouleau said.

Throughout the years, the theatre has undergone many changes in ownership. In 1988, the theatre was put up for sale. In 1989, the Niagara Frontier Theatre Organ, now called the Riviera Theatre and Organ Preservation Society, closed the deal to purchase the Riviera and its Wurlitzer.

It opened to start showing movies, and with that came a huge restoration effort.

Lange’s mother, who was on the board of directors, encouraged and recruited volunteers who would help clean and scrub the theatre. A seat restoration campaign was put in motion, and the seats were reupholstered.

In the late ’80s, a local company was going out of business, and the theatre received free paint with colors that would have been used in the original theatre, Lange said. A repainting of the whole theatre took place.

“At that point it was painted Pepto-Bismol pink.”

Within the past five years, the theatre has started to bring in large music acts. And this year, the theatre selected Foit-Albert Associates to design the planned $6.1 million Riviera Theatre Expansion and Development Project.

The design includes a 23,000-square-foot addition in the rear of the theatre on a fully remediated brownfield site.

“We went from just community organ events to having 100,000 people the last two years, annually, coming through our doors,” Rouleau said.

“A lot of people invested in keeping the history alive throughout the years. We are just stewards of keeping the organization.”

According to a prepared statement, the theatre is celebrating its historic birthday by asking the community to donate $90, or any amount they can generously give, to continue the organization’s mission to preserve and maintain the historic theatre and the “Mighty Wurlitzer” organ and to promote the performing arts.

The Riviera Theatre will also be sharing photos, memories, video clips and facts about the theatre and encourages the community to do the same.

“During our Celebrate Ninety Days to Ninety Years campaign, our goal is to encourage the community to interact with us and share their memories, photos and history of the Riviera Theatre throughout our 90-year history and support our mission,” Rouleau said.

“We want the Riviera Theatre and Mighty Wurlitzer Organ to continue as a community treasure and a regional destination for the next 90 years and beyond.” 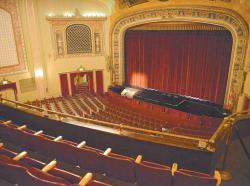 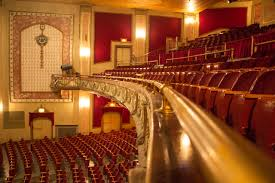