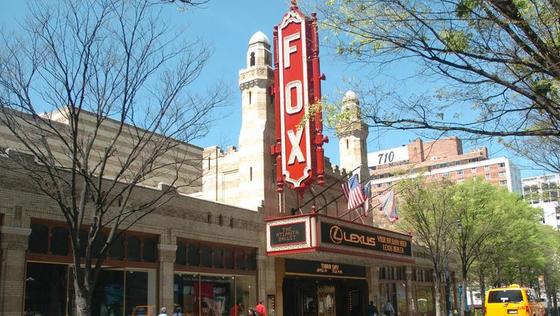 From the Atlanta Business Journal: The Fox Theatre is as entrenched in Atlanta history as The Coca-Cola Co. (NYSE: KO) and “Gone with the Wind.”

And on Dec. 25 at 7 p.m., the venue will be the subject of a documentary airing on Georgia Public Broadcasting in celebration of the 87th anniversary of the Fox’s 1929 sold-out Christmas Day opening for the premier of Disney’s first cartoon starring Mickey Mouse, “Steamboat Willie.”

GPB, one of the largest PBS stations in the nation, describes the documentary dubbed “The Legend Lives On: Atlanta’s Fox Theatre” as “the story of the building itself is just as entertaining as one of the many shows the theatre hosts. With a plotline that includes escaping financial ruin and characters like Mighty Mo – one of the largest Moller Pipe Organs in existence – the chronicle of the Fox Theatre only adds to its allure.”

The film follows the theater’s beginnings to the Roaring ‘20s in Atlanta when the “Ancient Arabic Order of the Nobles of the Mystic Shrine Yaarab Temple” decided to build a bigger and better clubhouse at the corners of Peachtree Street and Ponce De Leon Avenue.

The project was initially estimated to cost about $1.5 million, but when the figures continued to rise, the Shriners realized they needed a financial partner. Movie palace mogul William Fox stepped in, and the theater became his namesake. The project ended up costing more than $3 million, the equivalent of nearly $40 million today, according to the Fox.

After opening in 1929, the Great Depression financially devastated America. Just over two years after opening, William Fox and the theater were forced to declare bankruptcy, and Fox lost his venue. The Fox notes it was auctioned on courthouse steps and sold to a private company for a paltry $75,000 during Mr. Fox’s bankruptcy proceedings, but remained a beloved destination for Atlanta’s moviegoers.

However, in 1935, a group called Mosque Inc. revitalized the building by opening the Egyptian Ballroom as a dance hall.

During the ‘40s and ‘50s, first-run movies and live shows by acts ranging from New York’s Metropolitan Opera to Elvis kept the Fox in the black.

By the late 1960s, the Fox fell into disrepair, and in 1974, Mosque Inc. closed the Fox’s doors. But a large group of Atlantans formed a non-profit called Atlanta Landmarks (now called Fox Theatre Inc.), to launch the now-legendary “Save The Fox” campaign, which raised $3 million without a single donation of more than $400,000 by collecting donations from both public and private organizations, organizing benefit concerts featuring acts ranging from Lynyrd Skynyrd to Liberace, even collecting pennies at local businesses, the Fox notes.

The film explores how legendary Atlanta music promoter Alex Cooley’s “Midnight at the Fox” shows brought in a younger audience who galvanized around the “Save The Fox” campaign. The campaign played one of the most pivotal roles in the theater’s history, helping to save it from demolition to make way for new Southern Bell headquarters.

The movie also features many of the Fox employees who work behind the scenes to maintain the atmosphere and initiatives like “Fox in a Box,” designed for elementary school students.

Today, nearly a century after opening its doors, the Fox has been ranked for the last decade as one of the top-grossing performing arts venues in the world hosting 250 performances a year and attracting more than 500,000 visitors per year. The theater is still run by Fox Theatre Inc., which launched the non-profit Fox Theatre Institute (FTI) to preserve and restore of historic theaters like the Desoto Theatre in Rome, Ga., and the Plaza Theatre on Ponce De Leon in Atlanta.

FTI, which is showcased in the film, recently spawned Georgia Presenters, a booking consortium project that aims to help “small communities attract high-grade talent and performance art in their area for an affordable price.” 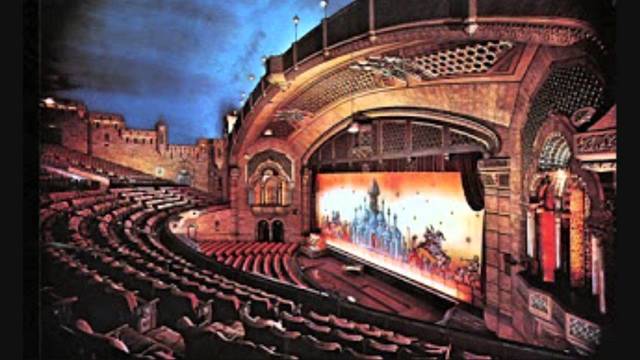 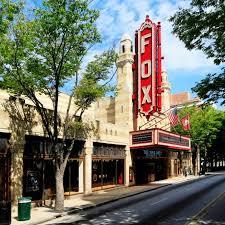