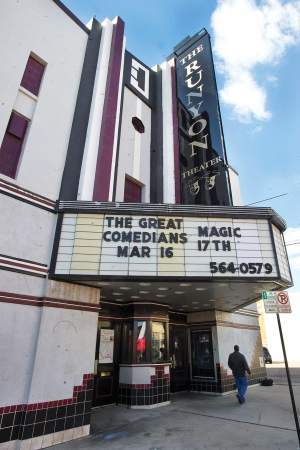 From The Pueblo Chieftain: The windows are darkened, the box office is closed and the marquee is still advertising a production from Dec. 8, 9 and 10. The curtain has officially fallen on the Damon Runyon Theater Company, prompting sadness from local performing arts advocates and questions about the fate of its historic headquarters.

“It was definitely my baby, (and) I can’t say it was much of a surprise,” said founding member and former chief executive Sean Briggs. “The numbers in Pueblo have been falling off in the last 12 or 15 years now.”

On Dec. 21, the Runyon troupe abruptly announced that it was closing its doors and moving out of the Chief Theater, 611 N. Main St. In its statement, which company leadership posted on the organization’s Facebook page, the group cited dwindling audience participation, “a lack of community support,” and “rapidly increasing operating expenses and sporadic attendance at recent productions.”

“We were saddened by the (Damon Runyon Repertory’s) closure,” Impossible Players’ board member Brandi Garner wrote in an email. “Communities lose when the arts flounder.”

The company was founded as the Damon Runyon Repertory Theatre in 1996 and incorporated as a nonprofit in 1997. For its first half-decade, Briggs said, the Runyon showed strong growth and momentum, and in 2003, it took over the Chief, a retired movie house and occasional home to nightclubs.

For more than a decade, the company staged everything from main-stage theatrical productions to locally produced one-acts, and leased its space for book readings, CD-release parties and kid-centric overnight celebrations, among others. It was also the home to the Guys and Dolls Children’s Theater program, a performing arts curriculum dedicated to teaching kids as young as 4 every facet of the theatrical world.

The company’s outgoing chief executive, Martha Page, isn’t giving up the kids’ sessions without a fight.

“I don’t want the kids to completely lose out on everything,” Page told The Chieftain last week. “We’re still going to try for that and hopefully it won’t go away.”

Page estimated that the company would be out of the historic theater by the end of 2016. That came as a surprise to Louie Carleo, the owner of LCD Properties and the Chief. Precisely what will become of the building has yet to be seen.

“We’re hoping we can find someone to fill the space,” Carleo said this week.

It’s not uncommon for theater houses to reverberate with the clangs of hammers, the hum of sewing machines and the projected voices of performers. But on Wednesday, the ringing and banging from the Chief was the result of demolition, not construction.

A small but dedicated cadre of volunteers, technical team members and kids sadly deconstructed 13 years’ of sets and memories. Performer, technician and Runyon supporter Mike Freeman cast about a glum eye as he helped lower lights from the catwalk and untangle microphone cords.

He had trouble putting his finger on precisely what changed from this time last year, when company members were optimistically in the throes of renovating the theater.

“There were a lot of things,” Freeman, Page’s husband, said. “People weren’t able to give the commitment, that was a big thing.”

In its statement announcing the closure, Runyon board members cited increasing operating expenses and dwindling audience turnout. Board President Beverly Moore did not return a call for comment; however, the company’s nonprofit tax Forms 990 from 2010 to 2014 (the most recent year available) show costs outpacing revenues by thousands of dollars annually.

“I would much rather give tickets away for free and get someone who has not been to the theater to a show than worry (about individual sales).”

Briggs did acknowledge that the Runyon was eligible for grants, but he added that in the wake of the Sept. 11 terrorism attacks, that funding was redirected to social programs. He also pointed to what he considered a lack of support from community media and leaders.

“After losing angel donors left and right, either to moving or to passing away, and the fact that the city never really was much interested in promoting or developing the arts, we had to struggle constantly just to get the barest mention in the newspaper,” Briggs said. “There’s this cultural (attitude) . . . that the arts in Pueblo aren’t good and the value is not what it should be, which is ridiculous.

“A couple of people who really believed that Pueblo needs the arts and cultural development could take things a very long way, very quickly.”

For Freeman, Page and the rest of the Runyon team, there was very little sweet to go with this dose of bitter. But Freeman still kept optimistic about the future.

Company leaders have been hopeful that they may eventually be able to reorganize; and both Garner and Garrett invited Runyon alumni to get involved with their companies. The Imps should be hosting a casting call for “Harvey” Jan. 16 and 17, and the Steel City Theatre Company has a few open roles that are in immediate need of filling. It also plans to host open auditions for “Steel City After Dark” and its junior musical in April, Garrett said.

“Our play selection committee will be starting up soon and we hope that members of (Damon Runyon Repertory) join us in creating a wonderful season for next year,” Garner wrote.

“I hope that anybody who wants to act in this town and wants to be a part of the performing arts feels more than welcome to come down,” Garrett said. “We’re open to everybody.”

That sounded good to Freeman.

“I do encourage the actors to go out and keep trying,” he said. “Maybe they’ll go to (Steel City Theatre Company) or the Impossible Players. Maybe they’ll go north . . . on to bigger playhouses.” 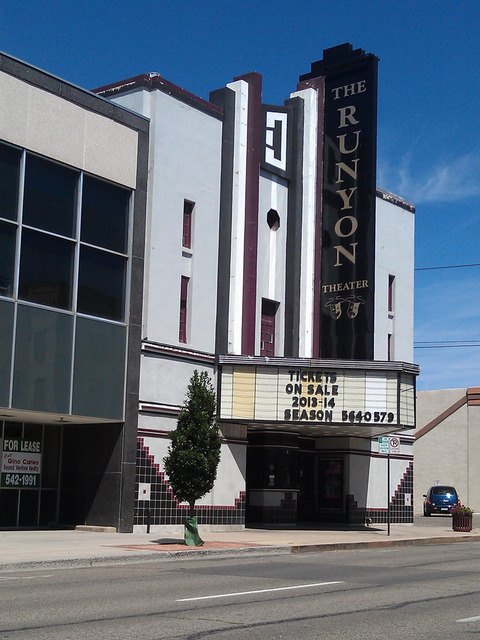 That information is correct, I am learning about it, shell shockers