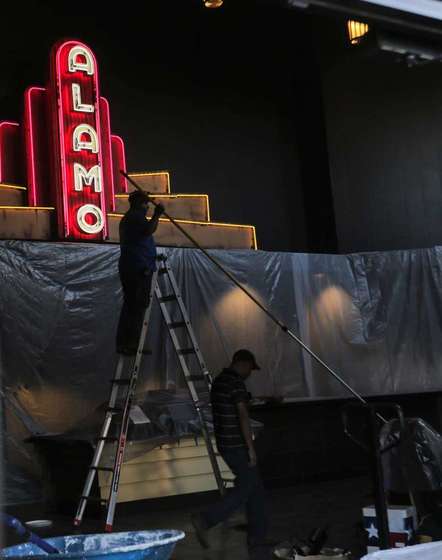 The Houston-based dine-in movie theater chain recently completed two extensive renovations on existing theaters in Conroe, TX and Naperville, IL, and will open at least three additional Texas locations in 2017, including one in the new Century Square development in College Station, District West at Parkway Lakes in Richmond and Miramesa Town Center in Cypress. Each of these new locations will feature industry-leading technology and amenities such as Sony 4K Digital Projection, RealD 3D, state of the art sound systems, luxury recliner-style seating, large-format movie screens, and an extensive chef-inspired menu, as well as a full selection of beer, wine, spirits and hand-crafted cocktails.

“This acquisition comes at a great time for our company and we’re very excited to expand our footprint in the Houston market, and even though the theater will no longer be an Alamo Drafthouse, the goal is to retain all of the great people that work at the Vintage Park location, as well as continue to host special events and screenings whenever possible,” says John Walsh, Vice President of Operations. “We look forward to doubling our number of locations over the next twelve months, and getting to share our premium movie going experience with as many guests as possible.”

Star Cinema Grill will have at least six locations in the greater Houston area by the end of 2017, making it the largest dine-in theater chain in the city. The company is focused on adding additional locations through acquisitions and new construction, as well as developing and establishing new and exciting concepts under the Star Cinema Grill umbrella.