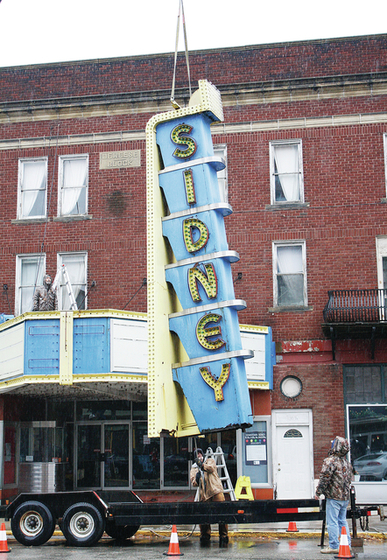 From the Sidney Daily News: A desire to help with the restoration of the Historic Sidney Theatre has led four friends to donate funds to help bring brilliance back to the theatre’s marquee.

Jan and Murray Elsass and Tom and Sandy Shoemaker, all of Sidney, will be able to look at the new marquee and know its bright shining lights are the result of their donation.

The marquee is being removed by Wagner Electric Sign Co., Elyria, for renovation. The process will take six to eight months.

“We were neighbors over the years,” said Sandy Shoemaker. “They’ve (the Elsasses) been big supporters of events in Sidney and so have we.

“The history (of the theatre) is important,” she said.

“We believe in this community,” said Jan Elsass. “I said I wanted ‘to see this done in our lifetime.’”

Tom Shoemaker was originally approached by Tom Milligan about helping restore the marquee. He said he and his wife would be interested in taking on half of the costs to restore and reconstruct it.

“This is what our community is all about,” said Barr. “Everybody loves the theatre and they all have a piece of it through their donations.”

According to Larry Ester, production manager for Wagner Electric Sign Co., their goal is make a replication of the current marquee. The new marquee will have the same face and appearance as the one that has been on the theatre. The sign was placed on the theatre in the 1930s and the tower was added in the 1950s.

“We’ll have a crane here and a trailer to take the pieces back to our shop,” said Ester. “We’ll be running a trailer back and forth to Elyria with the pieces. It’ll take us Tuesday and Wednesday to take it down.

“The ceiling is very large,” he said. “It’s integrated together with bolts. We’ll be bringing it down in sections.”

Once the pieces are all in Elyria, drawings will be made of the sign and ceiling. Measurements of each item will be recorded. They’ll look at how it was built and then use present day engineering standards to bring it up to today’s codes.

The drawing of the project will be completed by Darryl Wagner, vice president of the company.

“He will put on paper something for us to follow,” said Ester. “We’ll submit it to an engineer to make sure everything is up to standards. Once the drawing is acceptable, then we’ll begin to rebuild it.”

A rod will be threaded through the final project so the sign and marquee can’t move up and down.

“It should last you another 100 years,” said Ester. “The manufacture and design process will make things last.”

Ester said the company has been restoring and recreating theater signs since the 1980’s. The Sidney Historic Theatre’s project is the 50th one the company has worked on. Some of their projects include the Valentine Theatre in Toledo, the Fort Wayne, Ind., Embassy, the Princeton Theatre in Princeton, Indiana, and the Palace Theatre in Marion.

“It will be a new sign,” said Ester. “It will look just the same as it does now. We may be able to use part of the old sign in the new one.”

Colors for the sign and what type of light bulbs will be used are yet to be determined. Barr said they are working with DP&L to make sure the marquee is as energy efficient as possible.

Once the sign is complete, he said, it will take about a week to reinstall it at the theatre.

Work on the marquee is the latest project for the Raise the Roof for the Arts Committee. The infrastructure of the building is complete. The roof has been repaired. Masonry and downspouts have been installed. There’s a new heating and air conditioning system in the building.

The stage rigging system has been installed, which will enable full stage performances to be held. There’s new electrical service in the building.

Barr said the group is working on plans for the inner lobby and concession area renovation, updating the restrooms, the auditorium, stage lighting and sound and finishing the interior. 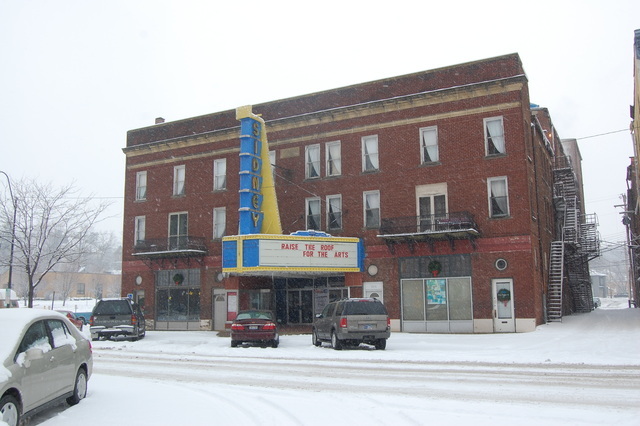 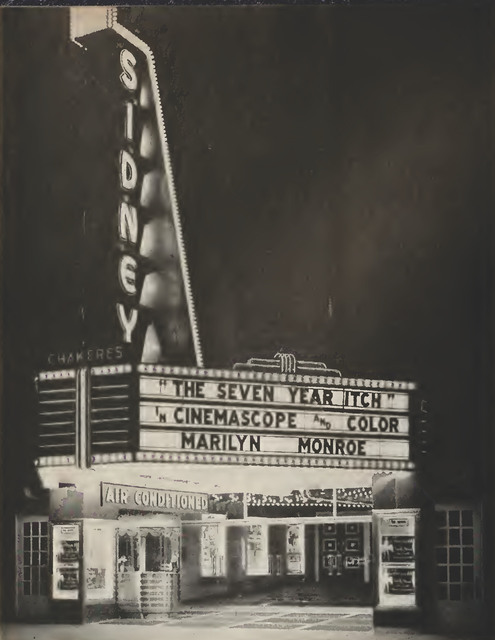