Charleston’s Will Rogers Theatre in Need of Restoration 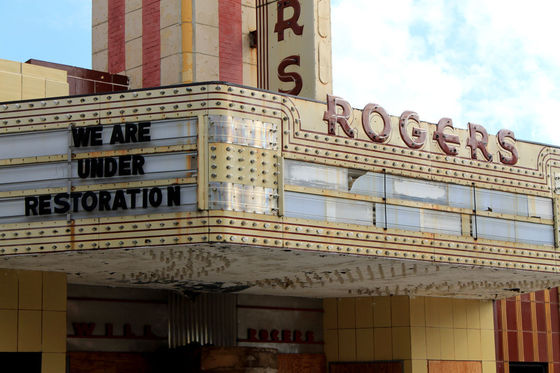 Jarad Jarmon reports in the Journal Gazette & Times-Courier “the board of directors of the Will Rogers Project, a non-profit organization of people seeking to save the Will Rogers Theatre in Charleston, IL from potential demolition, will be updating people in the community as to what has been done so far to save the historic theater.

According to the event Facebook page, the board members are ready to talk to the community. “We’re ready to share what’s going on with the Will and we’d like to ask you what you think about some of our ideas,” according to the page."

An article by Mr. Jarmon in the Harald Review dated August 2015 notes, “The theater was foreclosed upon in May and is currently owned by the First Farmers Bank and Trust. The court case in relation to the foreclosure is still ongoing and the potential sale of the property has not been set.

The Will Rogers Theatre has been the victim of several pitfalls in the past several years, and its future looks bleak if action is not taken soon. Some members of the Charleston Historic Preservation Commission made an exterior assessment of the building…Kit Morice, a commission member, said after analyzing the now-foreclosed-upon theater that she believes the building could be close to being considered condemned or in the process of condemnation in the future. Morice said, looking from the outside, the most important necessary action at the moment is to ensure the building is stabilized and to fix the roof to prevent more water damage.

Morice also said she hopes someone steps up to repair the property, as well as possibly setting it up as a nonprofit organization. ‘It’s been frustrating for a lot of people to watch it sit.’

The building has undergone several renovations, but that was halted last year when a pipe burst, flooding the basement and much of the auditorium. According to Morice, the theater’s future really depends on what happens with the sheriff’s sale of the building later this year. A date has not been set."

I love this type of art deco marquee

There should be more of these movie theatres with deco marquees. I’m glad they managed to save this theatre from the wrecking ball.

Yes. Great marquee and history. Save this building!