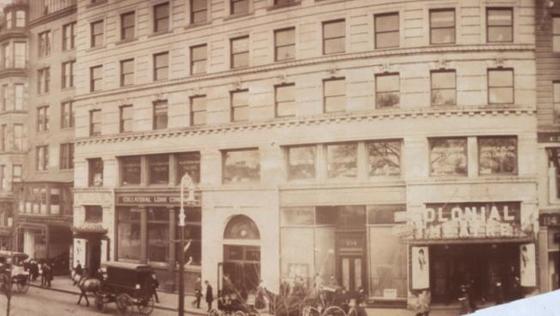 The Colonial Theatre will not be converted into a dining hall after all, Emerson College President Lee Pelton announced Thursday. Instead, the college will renovate three of its buildings to expand campus dining and social spaces and potentially house a small rehearsal and performance stage.

The more than 18,000-square foot student dining center, spread through 122-124 Boylston St. and 19 Boylston Pl., is scheduled to be completed before the fall 2017 semester.

“Now that the solution to dining has been resolved,” Pelton said, “we can turn our full attention to the remaining two issues: one is the programming for the Colonial, then also figuring out how much it’s going to cost to renovate it and how that’s going to be paid for.”

The Colonial Theatre birthed some of the most legendary shows in Broadway history, such as “Porgy and Bess,” “Oklahoma!” and “Follies.” But the theater, which has been closed since October, had been dark on average 300 days a year for the previous three years, Pelton told WGBH in November.

In the last six weeks, the college’s board of trustees started soliciting and considering programming proposals, Pelton said.

“We understand that this is a valuable piece of property in the downtown core,” Pelton said, “and that it has some social and cultural interest, and that we also need to be mindful of that as we move forward.”

Before anything happens though, according to a statement released by school, the Colonial must undergo a series of repairs and renovations.