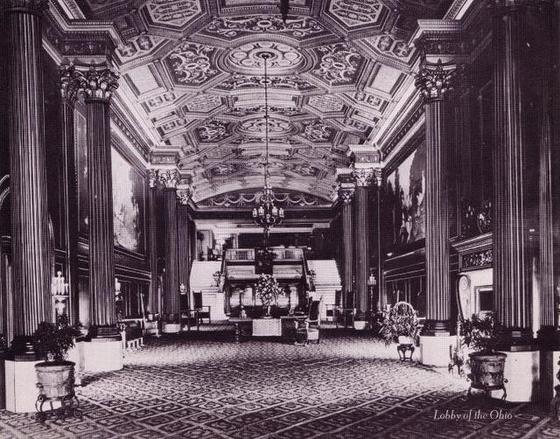 The restoration of Playhouse Square’s Ohio Theatre lobby is almost complete, with the space returned to its original grandeur. The May completion will mark the final project on the Playhouse Square theater renovations list.

Tom Einhouse, Playhouse Square’s vice president of facilities and capital, led members of the Cleveland Restoration Society on a tour of the lobby, which has been shielded from public view by drywall during the restorations. He detailed the painstaking research and physical work that went into re-creating the 1921 Thomas Lamb design. Restoration began in June 2015.

“This is the transformation of the Ohio Theatre,” Einhouse told the group. “We’re just putting the finishing touches on it.”

Einhouse explained that the theater lobbies were often updated every 10 years in the early days, sometimes covering the original design. Then the Ohio Theatre was damaged by a fire in 1964. A 1980s attempt at remodeling on a limited budget left the theater with painted drywall, dropped ceilings and linoleum floors.

“The happiest time of my life was getting rid of those,” Einhouse told the group. The $5.5 million project was funded with a $3 million grant from the George Gund Foundation and $2 million from Playhouse Square’s $100 million Advancing the Legacy campaign for capital improvements, endowment growth, neighborhood transformation, education programming and new productions.

Read the article and enjoy the photo gallery on the Freshwater website: http://www.freshwatercleveland.com/devnews/OhioTheatre032216.aspx?platform=hootsuite

Learn more about the Ohio Theatre on the Playhouse Square website: http://www.playhousesquare.org/venues/detail/ohio-theatre

Highlight and right click links or past them into your browser to open in a new tab. 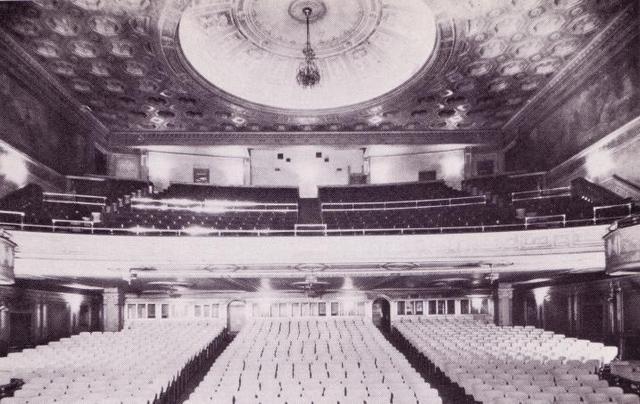