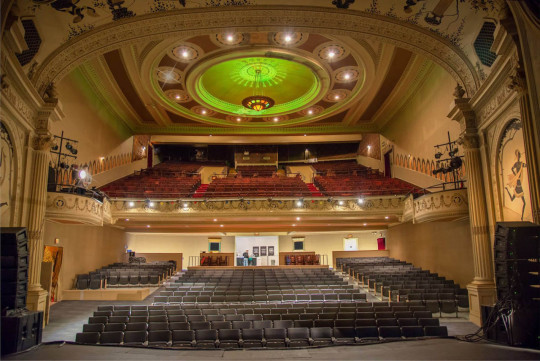 Great news from our friends in Beverly, Massachusetts and Boston NPR: “Once there were more than 20,000 grand movie palaces in the United States. Think the Coolidge Corner Theatre in Brookline, the Somerville Theatre, the Strand Theatre in Dorchester.

Today, though, the National Trust for Historic Preservation estimates only about 250 survive. The Cabot Theatre in Beverly is one of them.

Not too long ago it seemed to be on the verge of joining the list of lost classic movie houses. But the community here banded together to save the Cabot for 21st century audiences.

In its heyday, Kevin O’Connor says the Ware Theater — as the Cabot was then called — brought vaudeville acts and silent movies to Beverly.

He takes me up to the balcony for a fuller view and demonstrates some quirky ways the sound moves around inside the historic structure.

O’Connor claps his hands a few times. “Hello. Hello,” he says. “Great acoustics in an old theater. They don’t build them like this anymore.”

Two brothers with the last name Ware built the Cabot in 1920 using the same architects who designed the Strand in Boston’s Dorchester.

“We are looking down on what I would consider to be a majestic stage,” says O’Connor, who hosts the PBS renovation show “This Old House.” 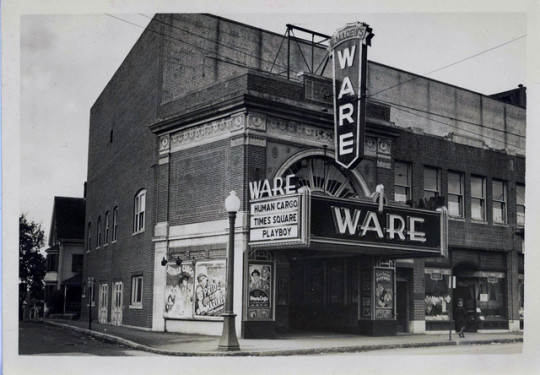 It’s heartening to learn about the recent restoration of more old Classic movie theatres that show classic films. It’s a good omen…and a real good step in the right direction, if one gets the drift.