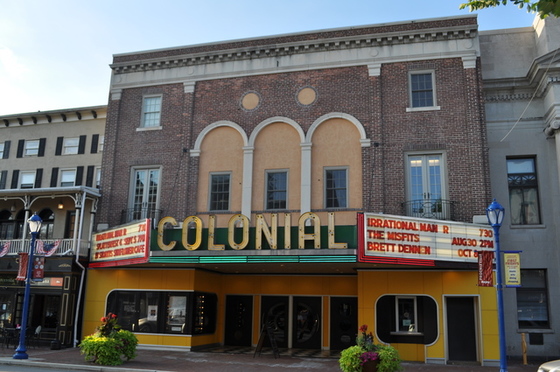 The Colonial Theatre in Phoenixville, PA, which gained cultural significance when it appeared in the 1958 Steve McQueen movie The Blob, started a new chapter in its storied history last week, when the Association for the Colonial Theatre (ACT), a non-profit organization that operates the local landmark, held the groundbreaking ceremony for their ‘Bank on the Arts’ project.

Said project involves the renovation of the old, disused Phoenixville National Bank building into an expansion of the original Colonial Theatre, tripling the amount of events they can host as well as the number of people who can attend.

Ever since its founding in 1903, the Colonial Theatre has always been a centerpiece for downtown Phoenixville. Famous performers like magician Harry Houdini and actress Mary Pickford have graced its stage, and the first ever sound film, The Jazz Singer, was projected onto its silver screen way back in 1928. Through the recent years, they’ve received donations to help restore the century-old venue, from replacing all the old seats to installing a digital projection system.

Read the article on the PV Voice: http://pvvoice.com/2513/arts-and-entertainment/historic-colonial-theatre-begins-bank-on-the-arts-expansion-campaign/