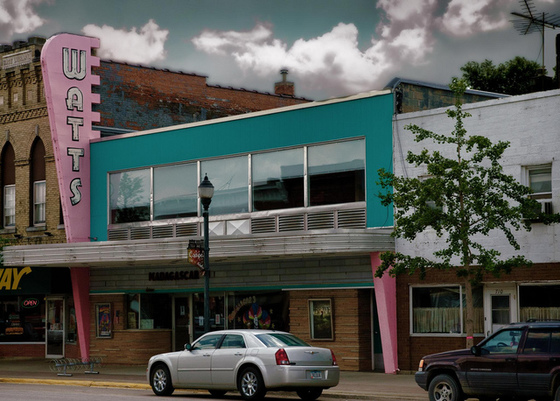 The Watts Theatre is a recognizable feature on Osage, Iowa’s Main Street. The neon lights with the chrome, pink and teal facade stick out among the more subdued buildings on the street.

“A lot of people will come in and say, ‘Gosh, I haven’t been here since I was a kid and not a lot has changed,’” owner Tracy Walk said.

The Watts Theatre first opened in 1950, owned by Jim Watts and his family.

At the time, the theater could seat 580 movie-goers and the building featured an apartment upstairs where the Watts family lived, according to Walk.

Over the years, the theater had been closed, repaired and remodeled. According to Walk, Paul and Gloria Bunge purchased and restored the building to its 1950s charm in the 1990s.

The theater is now digital and featured upgraded Dolby sound.

“We get a lot of people coming from out of town, and they really like it because it’s different, it doesn’t look modern,” Walk said. “It has modern sound and picture. The theater itself is more retro.”

Read more about the Watts Theatre in Osage, Iowa, in the Mitchell County Press News: http://globegazette.com/mcpress/news/iowa/watts-theatre-maintains-historic-charm-while-meeting-current-film-demands/article_b87239bf-d49f-5cc8-a10f-e5fd712f39fc.html 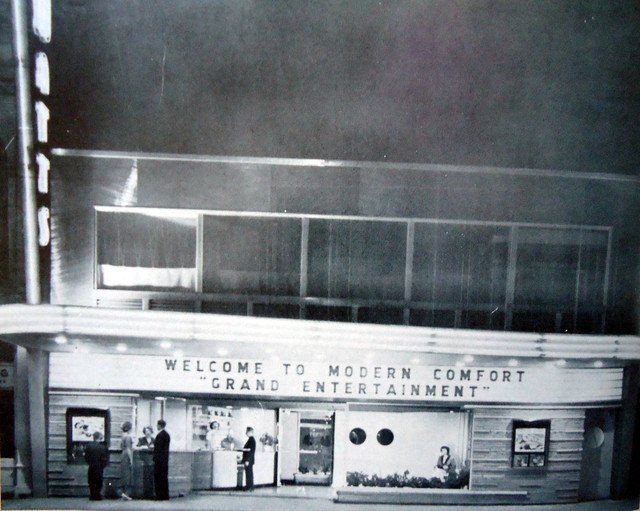 Everything old is new again, if one gets the drift!