Newark, NJ - One Man’s Fight to Save the Paramount 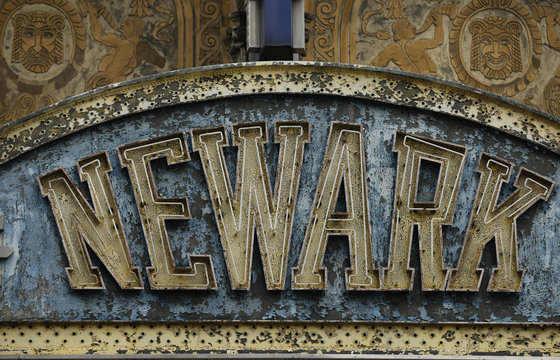 From The Star-Ledger: Carmine Cicurillo has two plans to save Newark’s historic Paramount Theater.

Plan A has him winning the lottery.

“Then I’d refurbish it and build a penthouse on top, and live there like the ‘Phantom of the Opera,’ ” he said.

Plan B is to get officials and developers to see what he sees: a majestic part of Newark’s glory days. A community gathering place that could again be a downtown entertainment anchor, if only people had his passion and belief — and the millions of dollars he doesn’t have.

Cicurillo admits Plan A has a better chance.

But it would have to be a hefty lottery, the Powerball or Mega Millions kind.

The theater is a wreck inside. Side doors pried open by vagrants and vandals left it exposed to weather. Last week, workers sealing an underground basement along Market Street offered to give Cicurillo a peek inside. But the floors were too rotted and strewn with fallen boards and plaster to proceed.

Still, it can be done, Cicurillo believes, so the 69-year-old retired Newark teacher can dream. And nudge. And nudge again and again. “Yeah, I guess I can make a pain of myself,” he said. “But I intend to hammer away at this.” He does that by bringing his “research” to City Council meetings and various Newark economic development offices.

The research is in two shopping bags. Copies of articles, books on historic theaters, binders filled with more copies of programs and ticket stubs.

“I have the originals spread out all over the tables in my house,” Cicurillo said, moving his hands in a circular gesture that suggests many originals on many tables.

He recites the history of the theater in a stream-of-consciousness soliloquy: Opened, 1886 by H.C. Miner of Brookyn as a vaudeville house. Sold to Edward Spiegel, 1916. Billie Holiday performed there. Jerry Lewis ushered there. “Ben Hur” and “El Cid” played there.

The facts keep coming. Cicurillo has done the research.

“There’s an important history here,” he said. “If this theater goes, the history of industrial Newark goes with it.”

That’s the Newark of blue-collar and office workers at the turn of the 20th century, back when vaudeville was family entertainment.

All along Market Street, east of Broad, are architectural landmarks of the day. The nearly illegible rusted sign of Superior Stamp and Die is on one building. The Bonnell Building, built in 1895, is boarded up. So is the Spingarn Building. Peeking out from the gaps in the buildings across the street is the roof of the Prudential Center and the upper floors of the new Indigo Hotel. New apartments are coming to the Victorian buildings, with retail on the ground floors.

And not the kind of retail from the past few decades. Not chicken or tortilla joints, or bargain stores, where broken signs remain, atop locked metal gates and doors. That Newark history, too, is being shuttered.

The marquee of the Paramount, still intact, sits above two such armored doors. Dees Amazing Deals and an Afrocentric store called Culture & Culture are long gone. They were opened in the lobby space sometime after the theater closed in 1986 and didn’t last long. On the marquee are “for rent” signs, no longer applicable. Change is coming.

The theater building is in the architectural footprint of the Four Corners Millennium Project by RBH Group, which will transform the intersection of Broad and Market into something for the 21st century. Luxury apartments, a hotel, retail stores, but no theater. In all, it’s $410 million project winding its way through the morass of approvals.

Carmine Cicurillo wants a renovated, refurbished Paramount Theater to be part of it.

“This is the last of the great mother theaters,” he said, naming those that are gone. The Lyric. The Adams. The Luxor. The Branford. “If this goes, it’s all gone. We can’t let that happen.”

In his bags of “research” is a notebook with all the names and phone numbers of people he has tried to enlist to help, written in large letters.

Liz Del Tufo – Mrs. Newark – the president of the Newark Preservation and Landmarks Committee, and a persistent, echoing voice of all that is good about Newark, historic or otherwise.

Matt Gosser, the vice president of the group, and a professor of architecture and design at NJIT.

Anybody who can get anybody to listen.

The calls come frequently. Think of the “squirrels are back in the attic” mom in the Geico commercial. That’s Carmine Cicurillo, first thing in the morning, last thing at night.

“Good morning and good day to you, sir,” Cicurillo says, annunciating in a voice made for late-night radio.

He’s a nudge, but he’s polite. And stubbornly passionate. You have to respect that. This column is a result of two – no, three – years of those phone calls. At some point, you have to admire his quixotic approach. The Man of La Mancha, dreaming the impossible dream.

“His persistence is certainly admirable,” Del Tufo said. “But you have to be realistic. No one is going to raise the money needed to renovate it the way it was and there’s no market for it in downtown Newark, not with the Prudential Center, NJPAC and Symphony Hall.

For Cicurillo, that’s not enough.

“At the very least, they should keep the marquee,” he said. “It says ‘Newark’ on the front. It’s a celebration of this great city. But why can’t we have a majestic downtown theater again? If people believe it can happen, it can happen.” 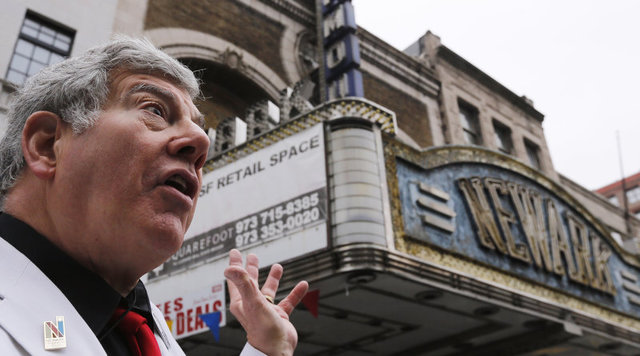 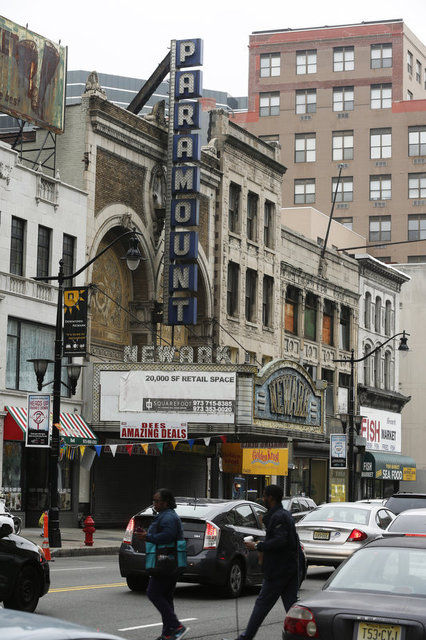