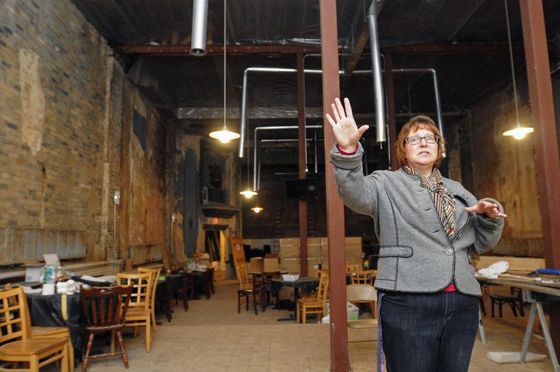 From the Washington Times: The overhaul of the Momence Theater is in its final stages but is still in need of a cash injection to get the final upgrades completed.

When this money comes in, members of the Momence Theatre Friends, the management organization for the North Dixie Highway property, believe the building could be ready to host visitors within 30-45 days.

The return to use for the approximate 3,400-square-foot property has been years in the making. Plans to redevelop the building – built in 1924 – began in 2006.

Started as a location for vaudeville-type performances, the theater became a location for first-run films and then X-rated movies. The theater eventually closed in the 1970s and, other than one or two events, has not been used since.

Purchased by John Sokol, an Aroma Township businessman, in 2013 from Mark Noeller for $77,000, Sokol always believed the theater would be something managed and operated by and for the community.

The 54-year-old Sokol, an area resident for about 15 years, said from the day he acquired the theater, he never intended to manage it. He leases the property to the Friends organization for $1 a year. He has a 25-year lease with the nonprofit organization.

“I love theater,” Sokol said “I wanted to be involved, but not build a theater and to operate one.”

Sokol does own several neighboring properties – Border Town Pub and Firehouse 28 Cafe, among others – and is a key figure in the Momence revitalization effort.

He said a well-run theater would not only benefit his businesses. A vibrant theater could also restore interest in vacant properties.

The theater will not be revived to become a place for movie viewing. It could be described as a “black box” theater, a space that would feature live performances, banquets, dances, conferences and even family gatherings.

A black box theater is described as a simple, unadorned performance space. It’s an innovation in theaters that came about in the 1970s. The building is equipped with a stage, theater lighting, sound system and handicapped restrooms.

“This downtown has no real draw. When the city had its Lakota Plan completed, it targeted the development of the theater and the old hotel. Nothing’s happened with the hotel, but this theater has so much to offer,” Sokol said.

Rebekah Cope-Evers, a member of the Friends board, said the theater has been a long-forgotten property.

Those connected to the theater believe that all it will take to get it finished and ready for tenants would be an additional $30,000. That figure, of course, is on top the $70,000 Noeller invested in exterior upgrades in 2006 and $50,000 the Friends spent on its interior. The organization is looking for more donations and has plans to talk to previous donors to see if they can contribute once again. To donate to the rehab project, go to momencetheatre.org and click on the “donate” button.

“I truly think if we had this money we could be open in a month,” Perkins said. “Opening a theater like this can be a great catalyst for helping revitalize a town.”

See the story at: http://www.washingtontimes.com/news/2016/may/21/exchange-new-life-on-horizon-for-92-year-old-theat/?page=1 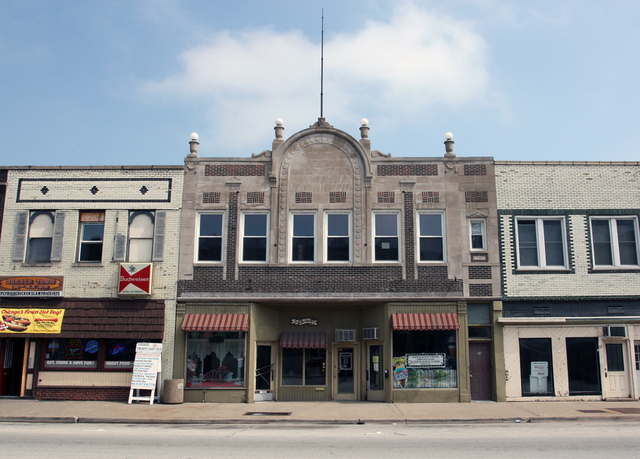