Hoopeston, IL - Historic Lorraine Theatre to be renovated and reopened 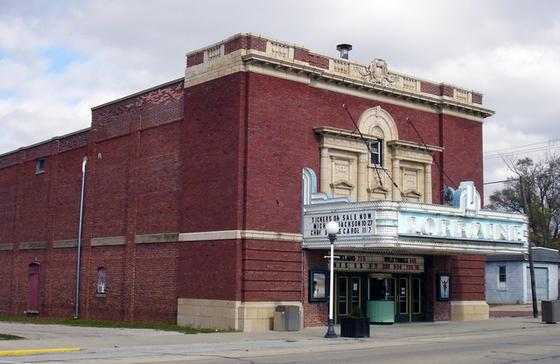 From IllinoisHomePage.net: A historic theatre is about to get a big makeover. The Lorraine Theatre has been closed for about 4 years, but one group is working to restore it to its former glory.

It’s a project that will probably take 4 or 5 years, but work is getting started next week. Some people say having it reopen would be a dream come true.

“Welcome back.,” Alex Homes, vice president of the Save the Lorraine Foundation, says to returning customers.

People used to come to the theatre to see movies. This time they’re just here for the memories.

“She was one of the original ticket ladies,” a woman gestures to her friend. “You can come back and work for us if you want,” Homes replies.

It’s been closed for a few years, but people like Jeff Keith are glad to say that’s not permanent.

He says, “My hope is to see it restored in the city with a box of popcorn and a cold drink one of these days in the not-too-distant future.”

The theatre opened in 1922, and was restored in 1937. The Save the Lorraine Foundation took over the aging building after it closed in 2012. They’ve made it their mission to recapture and enhance the original atmosphere.

Keith says, “Plans are to completely remodel it and restore it to that period. As you can see it’s needing a lot of repairs.”

This wall is one of them. When it was closed the heat was turned off. One winter the pipes froze and busted through the wall. Part of the ceiling above the balcony fell in as well.

Homes says, “The big nail in the coffin is all of the theatres are switching to digital instead of film.”

These are just a few things that need to be fixed, along with making it more handicap accessible. Workers have already added a few extra feet to the stage. They’ll use that space for live performances.

“Not only to come and see films again or to see live performances again, but everyone has stories about the Lorraine,” Homes adds.

Keith says “I came here as a child, growing up in Hoopeston 3 blocks away. I had my first date many, many years ago.”

Keith is a loyal customer, but he’s also a member of the Hoopeston Historical Society. He says the town lost a big when the Lorraine closed, and it would be criminal not to bring it back to its original glory.

He says, “There’s something about the acoustics and I guess hometown feel that makes the Lorraine… It’s in your heart. it’s in your soul.”

The theatre probably won’t be fully open for a few years, but the foundation says they’re planning on clearing the floor and using the new stage for live performances this fall while work continues.

You’re probably wondering how they’re going to pay for all of these renovations. The foundation also runs the “Little Lorraine” theatre just down the street. All the money they raise from that and other fundraisers goes directly to fixing up the original. They say they’ve also gotten donations from local businesses and the city.

See the full story and video of the theatre at: http://www.illinoishomepage.net/news/local-news/historic-theatre-to-be-renovated-and-reopened

Learn more about the theatre and their plans for restoration from their official website: http://www.savethelorraine.com/Save_the_Lorraine_Foundation/Home.html 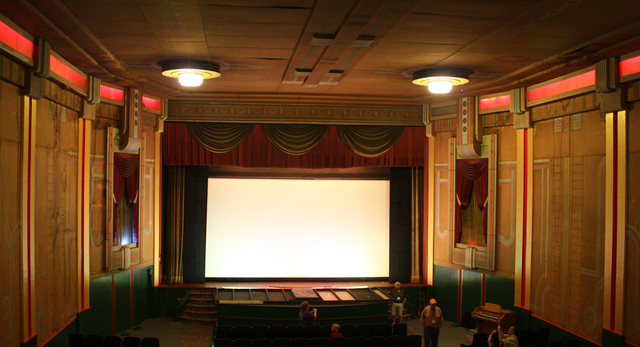