Columbus, OH - Drexel work could get some help from TIF 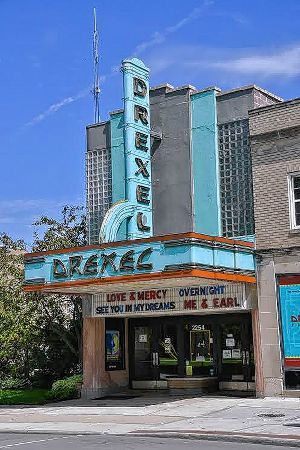 From Bexley News: With the Drexel Theatre, 2254 E. Main St., entering the final phase of its $2.5 million renovation, Bexley City Council is scheduled to vote June 14 on tax-increment financing proposal to provide public infrastructure improvements related to the project.

Todd Bemis, vice president of operations for CAPA Columbus, gave an update at council’s May 24 meeting about the progress of the renovation, which is scheduled for completion in early July. CAPA Columbus runs the Drexel on behalf of the owner, the nonprofit Friends of the Drexel.

The purpose of the renovation is to restore the Drexel, which is listed on the National Register of Historic Places, to its original art deco style that was popular when the theater opened in 1937, Bemis said.

“The Drexel Theatre is a favorite to many who call Bexley home,” he said. “The theater audience also comes from outside the city. In fact, our numbers show us that over 20 percent of the audience comes from outside (Interstate) 270, not only to support the Drexel, but the other businesses that are here in Bexley.”

The Drexel closed to the public on March 14 so renovations could be completed. At that time, work was estimated to last about 12 weeks. On the to-do list were projects involving the theater’s marquee, entrance and lobby, overseen by M+A Architects and Elford Construction.

Work completed to date includes newly constructed men’s and women’s restrooms, replacement of the barrel roof over the building’s three theaters, replacement of the heating, ventilation, and air conditioning units, conversion of all three theaters to state-of-the-art digital projection and sound, and installation of a closed captioning system for hearing-impaired patrons.

The final phase of the renovation includes new seating, flooring and wall coverings in the three theaters, and installation of special staging, lighting and sound for community events in the largest theater.

Work has begun on restoring the Drexel’s marquee, thanks to a $55,000 grant from the Bexley Community Foundation, Bemis said.

“When most communities have torn down their movie houses, Bexley has set itself apart by keeping and restoring its movie theater,” Bemis said.

The TIF that council is considering is included in Ordinance 13-16, which is scheduled for a third and final reading on June 14. The public infrastructure improvements that would assist the Drexel renovation, according to the ordinance, consist of demolition of certain public utilities, including water and gas mains, sanitary and storm sewers, and electric telephone and cable communication lines.

The estimated construction cost under the proposed TIF agreement is $46,181, with the city to reimburse the developer in an amount not to exceed $40,000.

A TIF is an economic-development mechanism available to local governments to finance public-infrastructure improvements, and in certain circumstances, residential rehabilitation, according to the Ohio Development Services Agency.

A TIF locks in the taxable worth of real property at the value it holds at the time the authorizing legislation is approved, diverting the incremental revenue to designated uses.

The overall renovation of the Drexel is being financed by $450,000 in state funding, $248,000 from a Franklin County community block grant, $250,000 in state historic tax credits, $260,000 in federal tax credits, and the remainder in private donations, Bemis said. 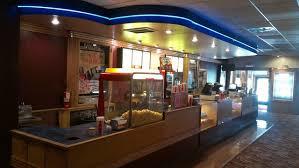 Glad to read about the glass block. First I’ve heard of that coming back. Lots of pics on their facebook and instagram. That’s my pic at the bottom. They gutted the lobby.