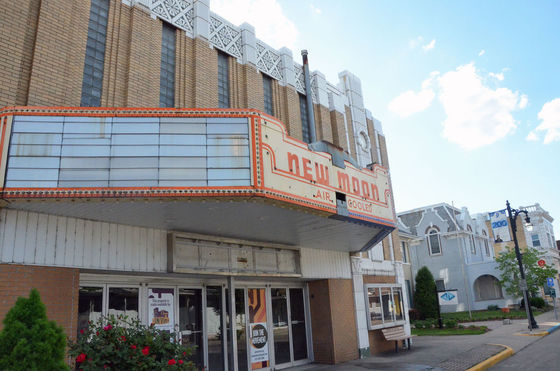 From suncommercial.com: Local historian Dennis Latta practically floated out of the small Thursday Church classroom after listening to the compelling stories of how three Indiana cities turned their suffering communities around by restoring beloved community theaters on Thursday morning .

“Wasn’t that a hoot?!” he asked, his hands shooting into the air with excitement. “I mean, what a miracle. Wow. Such beautiful renditions, LED lights.

Nearly 300 Hoosier historic preservationists are in Vincennes this week as a part of the Indiana Statewide Preservation Conference, the organization’s biggest ever, according to local coordinators.

Participants all this week have been sitting in on sessions focused on “Preserving Historic Places,” and one Thursday entitled “Raising the Curtain on Long-Forgotten Theaters” focused on three theaters: the newly-restored Princeton Theatre in Princeton, The Historic ArtCraft Theatre in Franklin and Fowler Theatre in Benton County.

Their individual stories, while varied, shared striking similarities, with efforts centered around a group of historic preservationists who had a dream and a community that rallied to the cause.

“You’ve got to build community support,” Rob Shilts, executive director of Franklin Heritage Inc., the group of preservationists who worked to restore the Artcraft Theatre. “Join Rotary, the chamber of commerce, really immerse yourself in the community. Got to city council meetings. Join everything you can. Attend every meeting you can.

“Because you’re going to need their support later on.”

The restoration of the Artcraft Theatre, located about 20 minutes south of Indianapolis, has been an ongoing labor of love for members of Franklin Heritage Inc., which formed for the sole purpose of seeing the building restored.

That theater, built in 1922 to show silent movies, had, like so may others, been the community’s “economic hub,” Shilts said, before being abandoned and falling into a state of disrepair.

The group purchased the theater in 2004 for $175,000, paid for with a revolving loan from Indiana Landmarks. Two local banks then “split the risk,” Shilts said, and loaned the group money to begin restorations. Another $80,000 came from small donations and $300,000 in in-kind services were provided.

Still a work in progress, the theater is beloved once again. Its “bread and butter,” Shilts said, has been showing classic movies, ones like “A Christmas Story,” “A League of Their Own” and “The Wizard of Oz.”

Run by less than 200 active volunteers, it is supported by ticket sales — drawing about 30,000 movie-goers each year — donations, community fundraisers and on-screen business advertisements.

Shilts also encouraged those in the group to tap into their retirement communities for support — those are the people who often remember sharing their first date, perhaps their first kiss at the theater years ago — and getting involved in local strategic planning sessions.

Perhaps the most stunning transformation, though, was with the Fowler Theatre in Benton County.

Over the course of 15 years and with just $1.2 million, members of the Prairie Preservation Guild, led by director Karin Moyars, embarked on a no-detail-spared restoration of the the circa 1940 Art Deco theater, images from which left the small audience stunned Thursday morning.

They all remembered the 75-year-old theater as the town’s first — and only — movie venue.

The guild formed in 2001 when the owner put the already deteriorating theater up for sale. Much of the original blue-metal facade was gone, and black mold snaked through nearly every crevice, Moyars said, thanks to years of water infiltration.

Its members bought it for just $30,000 and immediately set to work, prioritizing repairs into three phases: the exterior and marquee first; the lobby, concession stand and bathrooms second; and, lastly, the 210-seat auditorium.

To gain community support and to kick off their restorations, the guild sold individual marquee light bulb sponsorships to residents. For $10, you could have your own light bulb, and paper versions were displayed inside the theater on a donor wall. They needed 840; they sold 900, she said.

“That got the community’s attention,” Moyars said. “And that was the best thing we could have done.”

Once the exterior was done, the guild went ahead and opened the theater to viewers, showing first-run movies, something that also built community support. People grew to love the theater once again and were eager to see it finished.

When it came time to close the theater to restore the auditorium — a project that was just finished last year — they sold individual seat sponsorships for $350.

(A similar endeavor was undertaken by a previous owner of the Pantheon Theatre here; it’s unknown where that money went. The theater is now owned by INVin, a not-for-profit organization aimed at attracting new business and arts to Main Street.)

In both Fowler and Franklin’s cases, the groups that formed to save the theaters have gone on to do much more in their communities. Restoring the movie houses, the directors said, sparked a fire within residents to do more historic preservation.

Moyars said Fowler was “depressed” and had even been designated by state officials as “a blighted community.” But in the years following the start of the theater restoration, the city embarked on a major streetscape project, tidied up its parks and even hired its first full-time economic developer.

It hasn’t been lightening in a bottle, she said, but efforts to improve historic Fowler have been “big and steady.”

“Every time people saw us do something new, it clicked,” Moyars said. “They thought, ‘Well, they’re still going, so this must work.”

Shilts said $20 million has been invested in downtown Franklin as a result of the theater restoration there, both in public and private investment. Nearby businesses have repainted their buildings, and more people than ever are living and shopping downtown. 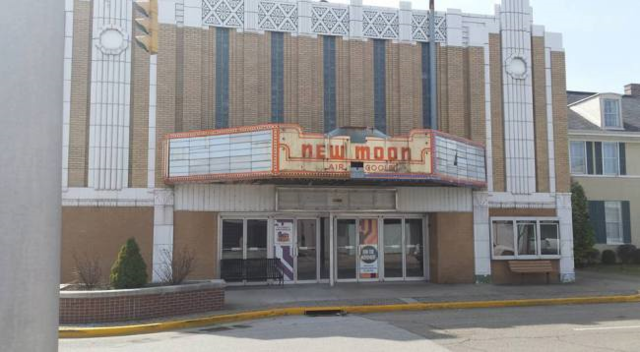