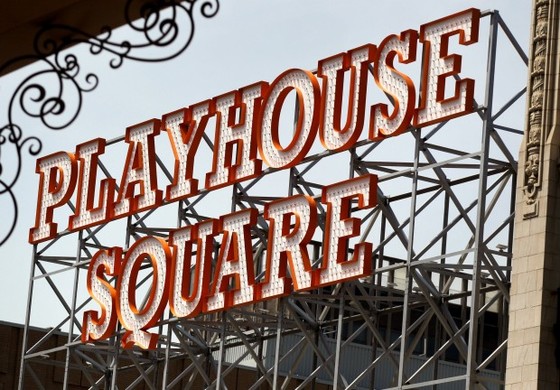 From Cleveland.com: When Playhouse Square was built, shortly after World War I, it was the largest performing arts center in the United States outside of New York City, according to the Cleveland Memory Project. With 11 stages and 10,000 seats, it retains that title in 2016.

The project began when a partnership — spearheaded by developer Joseph Laronge — built a row of theaters on Euclid Avenue in 1921. Native Clevelanders will recognize the names of the five theaters they opened that year: Allen, Ohio, State, Palace and Hanna. All five still stand today.

Cleveland theatergoers have seen some of the most famous stage plays and musicals in theater history at Playhouse Square through the years, including “Hello Dolly,” “My Fair Lady” and the controversial “Hair.”

But it’s been a bumpy ride for the historic block in downtown Cleveland. Four of the theaters shut their doors — seemingly for good — in the late 1960s, but were eventually rescued by the grass-roots efforts of civic-minded Clevelanders.

Playhouse Square patrons were treated to silent films, vaudeville and stage plays in the 1920s.

But cultural shifts and the advent of television decimated the square in the 1950s and 1960s. Newly middle class families moved to the suburbs during that era and began to spend their disposable income outside of the city, according to the Cleveland Memory Project.

Four of the five theaters — Allen, State, Palace and Ohio — shut their doors in 1968 and 1969. The Hanna limped along, but mostly hosted road shows.

Educator-turned-preservationist Ray Shepardson led a restoration project to revitalize the square in 1970. He formed the Playhouse Square Association that year, and in 1971, the group brought the Budapest Symphony Orchestra to the Allen Theatre.

Attorney Oliver “Pudge” Henkel contributed to the effort to save the theaters in 1972 when he persuaded the city to temporarily withhold a permit for a parking lot that would have replaced the Ohio and State Theatres. The Junior League of Cleveland then helped raise $25,000 in seed money to restore the historic playhouses.

Several foundations pooled their resources in the years to come to help merge the four theaters on Euclid Avenue — the Hanna Theatre is located on East 14th Street — into a unified arts complex. The Ohio, State and Palace Theatres reopened in the 1980s.

Today the square is one of Cleveland’s most popular tourist attractions.

Memorable moments in the Playhouse Square timeline: •Theaters were once shut down because of a coal shortage in the 1940s. One of the pictures shows a “closed” sign in front of the State Theatre. •A bomb was thrown at the Hanna Theatre in 1971 to protest a performance of the hippie-themed rock musical, “Hair.” The explosion shattered windows and damaged nearby storefronts. A picture in the gallery shows the damaged marquee.

See the article with complete vintage photo gallery, at: http://www.cleveland.com/entertainment/index.ssf/2016/05/vintage_playhouse_square_galle.html 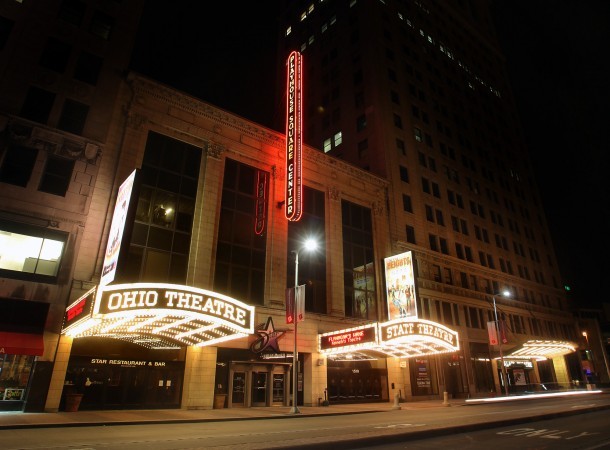 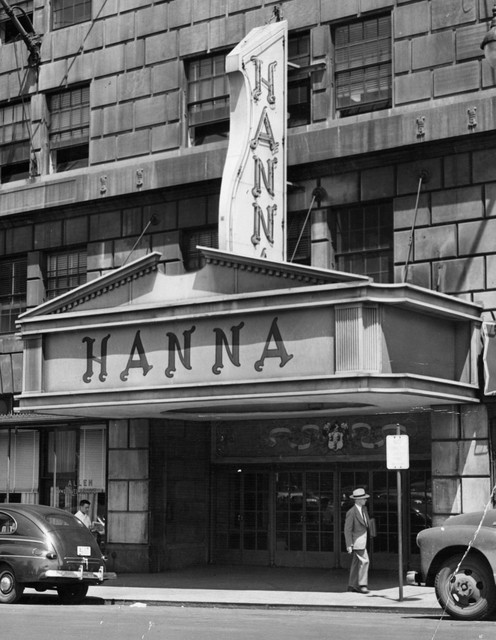