Streator, IL - Will the show ever go on at Majestic Theater? 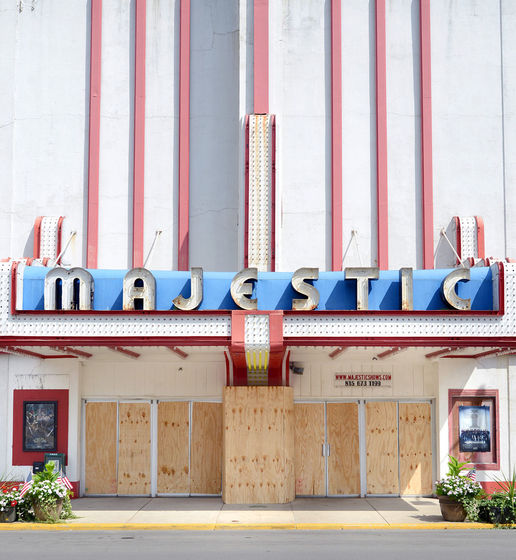 From mywebtimes.com:
With its classic marquee and iconic balcony level, the Majestic Theatre was once considered a crown jewel in Streator.

The movie house, built in 1907 in the 100 block of North Vermillion Street, was closed and boarded up in August 2014. It fell into foreclosure some months later.

Local residents and city officials are hoping for an investor to see the value of purchasing the 8,100 square-foot building for some business purpose or restoring it back to its former glory as one of the most attractive movie theaters in North Central Illinois.

The property features two separate auditoriums with seating accommodations for 450 people, a concession stand area and an unfinished apartment on the second level. Sales promotions admit the building is in need of some updates and repairs to restored the structure in its “original and nostalgia of yesterday.”

The property will be sold as is.

In August 2015, First Farmers Bank & Trust — the Kokomo, Ind., bank whish held liens against the Majestic — placed the only bid offered for the shuttered building during a swift sheriff’s auction at the La Salle County Governmental Complex on Etna Road in Ottawa.

At that time, when prompted for an opening bid, Springfield attorney Mariann Pogge placed a bid of $85,000 on behalf of the financial institution. She — nor the bank’s Special Assets Officer Hoyt Alexander, who was present at the auction — had any comment following the purchase.

The property is now being marketed on Micoley.com, a national online real estate service which specializes in auctions and sales events, on behalf of the bank.

The first auction for the building took place in March of this year and, according to a Micoley official, the suggested bid was $45,000. And although there were a handful of inquires— no successful bids were offered.

Now, after dropping the suggested opening bid to $32,000, the property is being promoted for a second online auction on July 27. For details, visit Micoley.com.

About a week before that 2015 sheriff’s auction, Streator business owner and concerned citizen Cinda Bond, walked around the dark theater, with flashlight in hand, with other locals and interested parties.

“This is very emotional to me,” said Bond at the time.

She reflected on childhood memories of going to the movies with relatives and friends.

“When I was young, Streator had three theaters — the Majestic, The Plumb and the Granada,” recalled Bond. “This place (Majestic) was within walking distance from my house, and we came here all the time.”

Looking up the staircase, she wondered, “Who got their first kiss up in the dark corner of the balcony here?”

Bond remembered when she was growing up in Streator — unlike the cable world we live in today — television sets in the Streator community could only receive three different channels via rooftop antennas.

“Viewing movies has changed since then from VHS to DVD to streaming off the Internet and most of us have our ‘big screen’ in the privacy of our home,” she said. “With all of these choices, I would still prefer to see a movie at the Majestic.”

Bond said, “You know, I miss the marquee most of all.”

This week, Streator Mayor Jimmie Lansford said: “It is a shame. The Majestic is a building that is not currently occupied and is deteriorating (each and every day).

“It is part of Streator’s history and I hope the city can get some consideration on it from the bank or someone else soon. We need to save it. We need to have the building used in some fashion whether it be a movie theater or something else.”

Lansford indicated the city is willing to help facilitate a perspective buyer in any way it could. 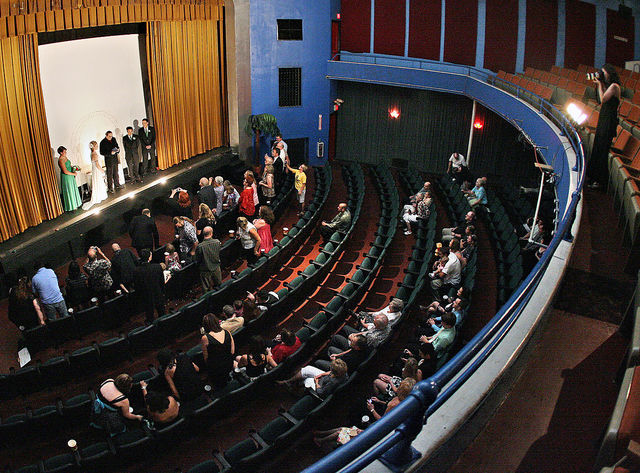 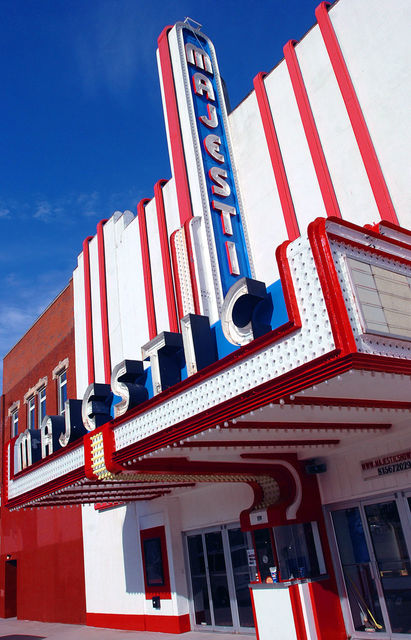 So this property could be picked up for about $30K? I wonder how much it needs in repairs?