Logan, UT - Utah Theatre To Open After a Decade Of Restoration 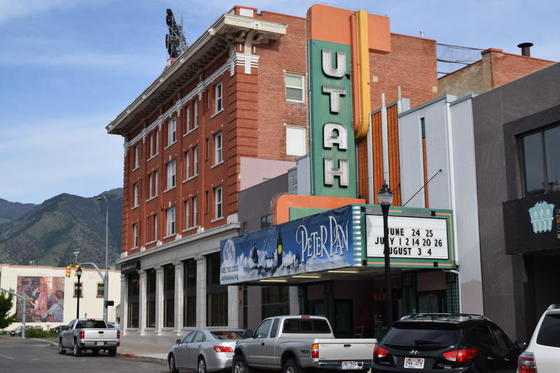 From upr.org: When Michael Ballam, the founding general director of the Utah Festival Opera & Musical Theatre, came home from sabbatical in Italy 10 years ago, he saw the Utah Theatre at 18 W. Center St. – closed at the time – and knew instantly he wanted to reopen it.

His vision was it would be something for everyone. “It’s going to be a unique theater in Northern Utah,” Ballam said. “It will be able to do things that we cannot do in the (Ellen) Eccles Theatre or any other theater north of Salt Lake City, and this will allow us to do essentially any kind of performance imaginable.” The Utah Theatre used to show movies only. In its restoration, however, the plan is to host performances, organ concerts, silent and classic films. Restoration of the theater began in 2006 with the hope of completing it by 2008. However, as crews put more effort into the restoration, they realized more work needed to be done.

While they were digging a pit for an organ chamber to make room for a 1930’s Wurlitzer organ, crews hit a lot of water 11 feet down, a couple hundred of gallons a minute, UFOMT Managing Director Gary Griffin said.

The UFOMT then put in extra expenses for the organ so it could withstand the flow. “We poured four-and-a-half feet of reinforced concrete underwater, put a membrane, poured the walls and then pumped the water out, and put another membrane,” Griffin said. “So that organ chamber is setting in about four feet of water.” Ballam said he hopes people who visit the theater realize what a jewel box it is. To show its capability, the Utah Theatre’s first performance will be “Peter Pan,” a performance Ballam said will demonstrate freedom, youth and magic – all qualities of the restored Utah Theatre. d more. Ballam said the theater will not play movies that are playing in nearby cinemas because they don’t want to arouse concerns of competition.

The Utah Theatre will open on June 24.

Full story with audio at: http://upr.org/post/utah-theatre-open-after-decade-restoration 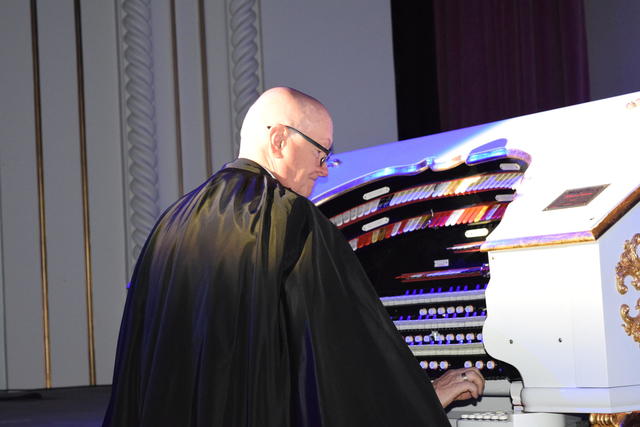