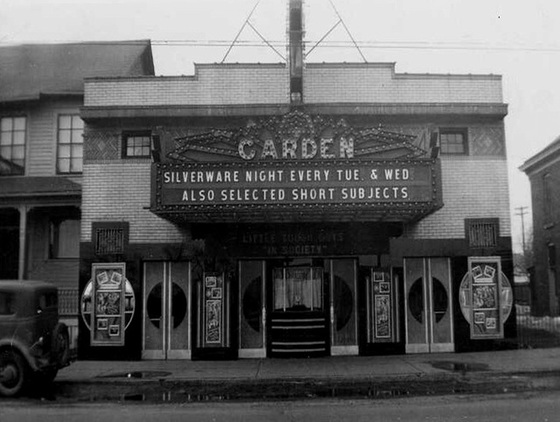 From citypages.com: If all goes according to plan, two new theaters will have opened their doors in the Twin Cities by the time we see our next snowfall. Both will be small, but — their founders hope — essential to their communities. advertisement

On West Seventh Street in St. Paul, Ryan and Tina North have just saved a historic theater from the wrecking ball. The Garden Theater originally opened exactly 100 years ago as a movie house, but hasn’t been used for entertainment since the 1960s.

Ryan North says that last year, the city told the previous owner the severely deteriorated building would have to be torn down unless a viable renovation plan was put into place soon. “You could stand where our center stage is going to be,” he recalls, “and look up and see the sky.”

The Norths, a married couple with a long history in the local theater scene, came up with a plan: They bought the building and will reopen it this fall as North Garden Theater. After renovations, the venue will be a flexible space with the capacity to accommodate an audience of about 150.

“Tina and I have a couple of ideas,” says Ryan on the shows they’d like to produce in the theater themselves, “but we hope to mostly make it available for all of the nomadic performers and artists and groups who need a space.”

With the newly opened Schmidt Artist Lofts right across the street, the neighborhood is experiencing a renaissance. “The West Seventh neighborhood has extreme potential,” says Ryan. “It’s already a great, cool little neighborhood, but we think it’s about to just pop.”

With funding in place, and the neighborhood on board (a sticking point was — yep, you guessed it — parking), the owners are ready to begin construction. “We’re at the tail end of the red-tape portion of the development,” says Ryan. “We’re hoping for an October opening.”

Meanwhile, in northeast Minneapolis, the founders of Strike Theater are on a much tighter timetable: Their doors need to be open by August, when the theater will serve as a Fringe venue. “It’s gonna come down to the wire,” says Allison Broeren, “but we’ve known that since day one.” advertisement

Broeren joined with Joe Bozic and Mike Fotis to found the new theater, recognizing a need for a space dedicated to spoken word, storytelling, and sketch comedy. “We’ve been existing in bars and art galleries around town forever,” says Broeren. “Having a physical home that these three communities can go to and know is going to be really powerful.”

They saw an opportunity when the SEIU Local 26 Labor Union moved to the Thorp Building. Right across Central Avenue from Minnsky Theatre — the group now occupying the former Nimbus Theatre space — the Thorp Building is home to tenants including Tattersall Distilling.

The Union needed a meeting room, so the Strike founders suggested they combine purposes. Thanks to the partnership, Strike will get a space to use for performances, and the SEIU will get “probably the fanciest union meetings around,” laughs Broeren, “with full theater lights and such.” The organizations are also planning collaborative programming.

Strike Theater will operate as a nonprofit, hosting shows in the new venue (capacity will range from about 100 to 200, depending on seating configuration) as well as running outreach and education efforts.

“The idea that we can create a community [with] doors opened up to someone who might never even have thought that storytelling, theater, or spoken word was an option for them,” says Fotis, “is an important thing for us.”

The founders hope Strike will do for their communities what HUGE Theater has done for the improv scene, serving as a permanent home and a center of gravity. “The audience here is looking for a dedicated home for these communities,” says Bozic. “If we can draw them into one particular place, I think the audience will explode.”