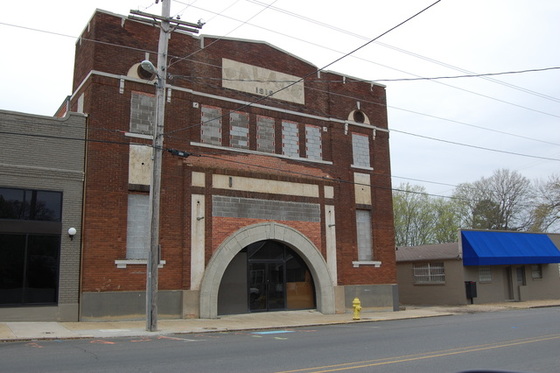 From KATV: Tuesday the Benton City Council held a special community meeting to discuss the future of the historic Palace Theater in downtown Benton.

There were three different proposals given, lots of discussion from council members, and a final outcome to have the city finance committee review the plan.

After three years of questions about the future of the theater, the council unanimously voted to approve the money for stabilization of the building through the finance committee. They decided to ask for $175,000 to renovate the theater.

“It hasn’t been pleasant, but we’re finally getting back to common census prevailing,” David Mattingly, Mayor of Benton, said.

All three proposals include the city investing in the asbestos abatement, fixing the roof and doing minor work on the mortar. The council voted to get that approved, and decided if that’s approved they will put the building up for auction once its deemed safe.

“Maybe we can hold an auction before Christmas and we’ll have a little bit of party and a present for everybody,” Mattingly said.

The new owner will be in charge of maintaining it and the rest of the cost.

President of the Friends of the Palace non-profit organization, Larry Bueche, said his group wants to be that new owner.

“The building by itself is just a building, but the history behind that building and that history is passed down to future generations about the way things were. If we tear it down, those memories disappear,” Bueche said.

The next community meeting will be July 5.

Full story, with video, at: http://katv.com/news/local/city-of-benton-moves-forward-with-renovation-plans-for-palace-theater 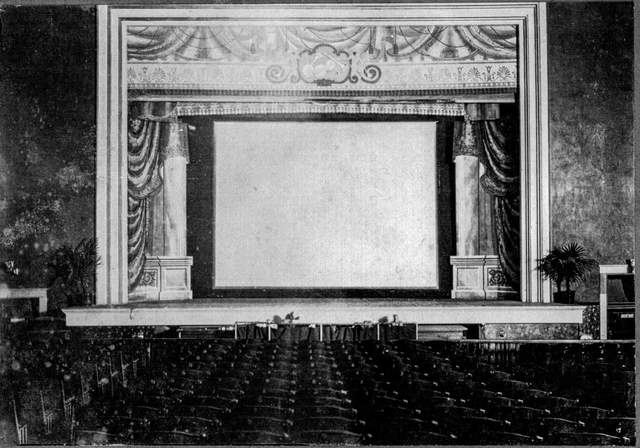 Handsome proscenium and draperies and curtains.