Baltimore, MD - Baltimore City considering plans to tear down the back of the Mayfair Theatre 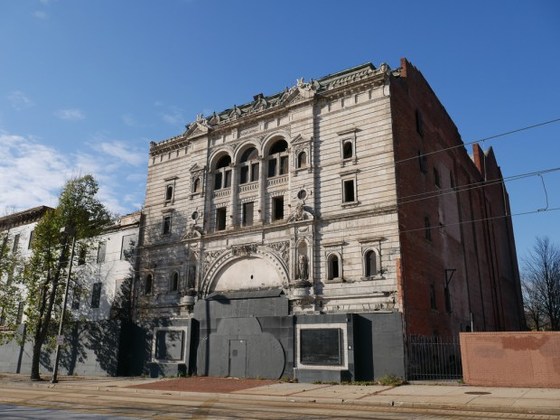 From Virtual Heritage: In mid June, Baltimore City posted a emergency condemnation and demolition notice on the front of the Mayfair Theater at 506 North Howard Street. The city, which owns the ornately-detailed 1903 building, is considering a plan to tear down the back portion of the theater where the auditorium was located and retain the front facade and front house. In 1998, the auditorium roof collapsed into the basement and the back portion of the building has remained unsecured and exposed to the elements for nearly two decades since. In contrast, the Mayfair’s front house is about thirty-five feet deep and city engineers have concluded that its roof is tight and it is structurally solid.

The city’s planning follows the 2014 fire at the building and the demolition of the adjoining Franklin Delphy Hotel in May. The hotel, which stood immediately to the south of the Mayfair, shared a party wall with the theater. Although city planners hoped to stabilize the theater as part of the hotel demolition, inspectors deemed the Franklin Delphy so deteriorated that the building had to come down immediately before any additional work took place.

After the demolition of the Franklin Delphy, the city’s engineers re-assessed the Mayfair. With no beams or joists supporting the side and back walls (these elements were lost along with the roof in the 1990s), they determined that the back portion is structurally unsound and poses a safety hazard.

When the Baltimore Development Corporation (BDC), which oversees this project along with many others in the Howard Street corridor, informed Baltimore Heritage about the status of the Mayfair Theatre we raised the concern that taking down the back of the building could jeopardize the possibility of using historic tax credits to rehabilitate any part of the building in the future. According to federal and state regulations, buildings must retain a significant portion of their historic material to be eligible for historic tax credits. Unfortunately, the theater has already lost so much material with the collapse of the auditorium roof and subsequent exposure that the tax credit team at the Maryland Historical Trust indicated that it the building is likely ineligible for tax credits even with the side and back walls still in place. The Mayfair is listed as a city landmark, and thus any demolition work must be coordinated with the Baltimore Commission for Historical and Architectural Preservation. As for redevelopment, BDC has suggested that they will begin the process to find an interested developer. The parcel for the Mayfair will include the front house, which must be retained, and, if demolition moves forward, the cleared lot behind it where the auditorium once was. Right now it is not clear whether the Mayfair lot will be coupled with the now empty Franklin Delphy parcel or offered separately. While this is disappointing news, if not surprising given its decades of neglect, we hope that the redevelopment of the site can save the facade and front house. 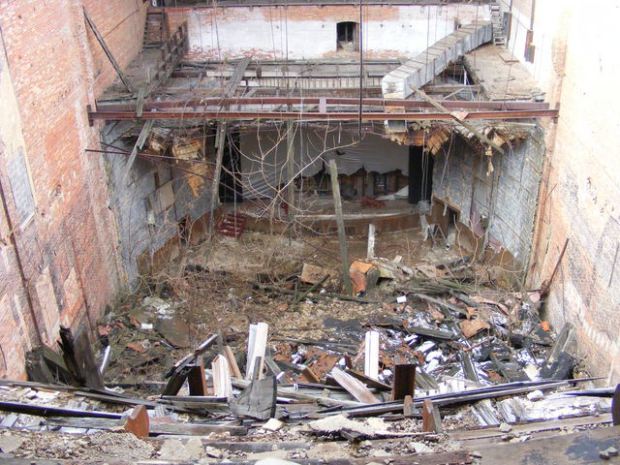 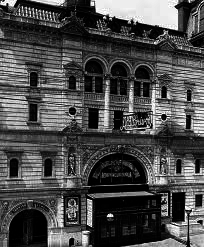