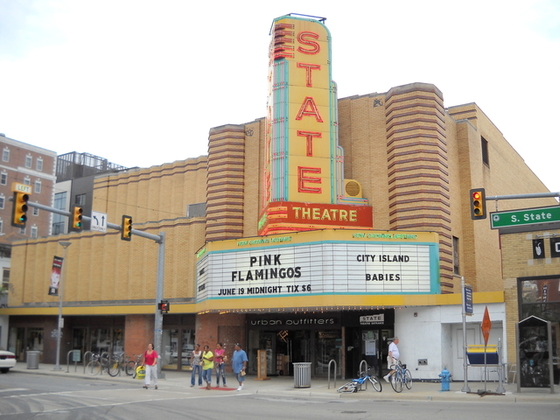 From Mlive: Plans for renovation of the historic State Theatre are in the hands of the city’s Historic Planning Commission.

The State Theatre is located at 225 S. State St.

The theaters would have seating capacity of approximately 180, 150, 80 and 50 people respectively and will comply with the American Disabilities Act, according to Russ Collins, CEO of the Michigan Theater Foundation, the group which owns the State Theatre.

The new theaters will have plenty of leg room and newly installed seats that will provide more comfort for a better viewing experience, Collins said.

Other planned improvements to the facility include the installation of an elevator to get patrons to the second floor of the building where the theaters are located and updates to the lobby areas, along with updates to the bathrooms.

The Michigan Theater Foundation purchased the State Theater in October 2014 and announced plans to invest between $2 million to $3 million in the facility.

While work on the facility cannot begin until plans have been completely approved by the city, Collins is hopeful to begin work later this fall.

The goal is to unveil the renovations in 2017, which also is the 75th anniversary of the State Theatre. 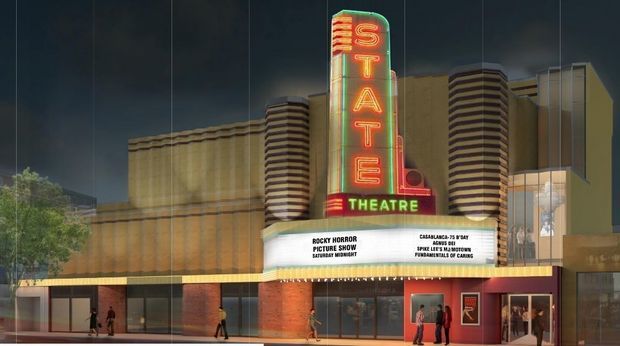 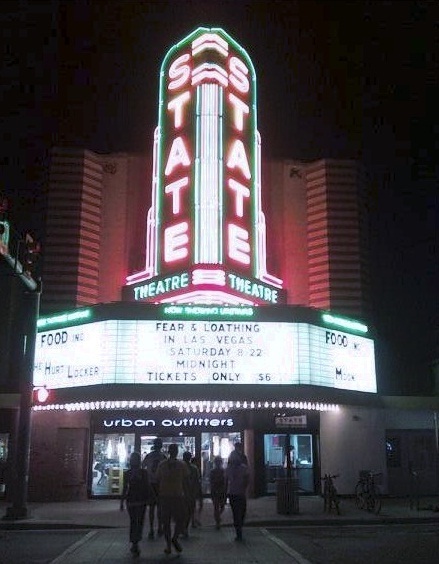