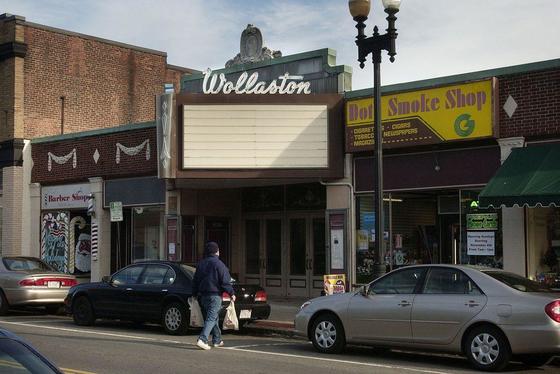 From The Patriot Ledger: City natives have been dropping by the Wollaston Theatre this past week to get one last glimpse of a building that still evokes memories of dollar movie nights, first dates and simpler times.

City natives have been dropping by the Wollaston Theatre this week to get one last glimpse of a building that still evokes memories of dollar movie nights, first dates and simpler times.

But visitors who have recently stepped foot in the 90-year old theater, which is destined for demolition, have found a gutted structure that hardly resembles the landmark they remember. The movie screen is ripped, all but two of the seats gone and the ticket booth decimated. Left behind was a random collection of remnants including a phone booth, chandeliers, a strand of film and the sign that once hung above the ladies’ room.

“It was eerie,” Deb Hutchings, 47, a Wollaston native who walked through The Wolly earlier this week.

The demise of The Wolly became official last week when Mayor Thomas Koch said the city wouldn’t purchase the historic Beale Street building from owner Miao Kun “Michael” Fang. Koch said the city could have bought the theater, which hasn’t shown a movie since 2003, for between $2 million and $3 million, but the cost was too steep when considering the dilapidated building would also need major fixes costing millions of more dollars.

The theater opened in 1926 and staged vaudeville shows before it was transformed into a movie house. The single-screen theater was a second-run house.

The theater was in bad shape for many years before finally closing 13 years ago. Movie-goers remember sitting in seats held together by duct tape, their feet sticking to an unwashed floor and rows of seats roped off due to a crumbling ceiling.

Stephen Crawford, Fang’s spokesman, said no final decision has been made about what will be built on the site. On Friday, Thomas Kelley, project foreman for Jamie McGuinness & Sons, said the contractor is planning to auction off whatever items from the theater Fang decides not to keep, with all proceeds going to Best Buddies International, a nonprofit that benefits people with intellectual and developmental disabilities.

Kelley said residents have been swinging by the theater and expressing interest in buying some of the remnants as keepsakes. He said the company is hoping to auction off the two remaining theater seats, chandeliers and the stained glass windows, among other items.

“Whatever is ours is going to charity,” Kelley said.

Crawford, Fang’s spokesman, said the contractor has not been given permission to keep or sell off any of the theater’s items.

“Nothing has been authorized,” Crawford said.

Crawford said Fang hasn’t decided yet what from the theater he’ll keep, give away or throw out. That includes the prominent neon marquee that hangs above the theater’s entrance. 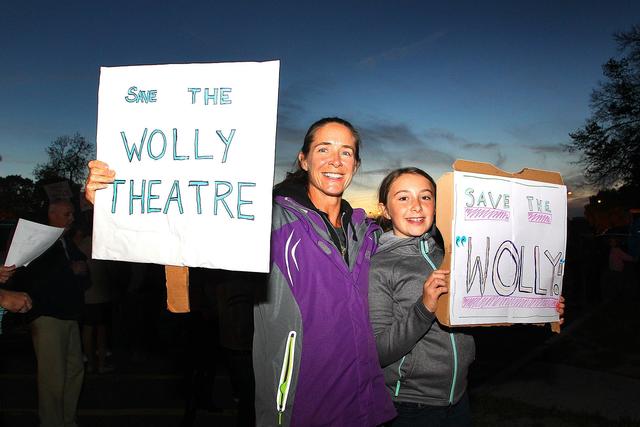 According to posts on The Save Wollaston Theater Face Book page, the auction never happened.