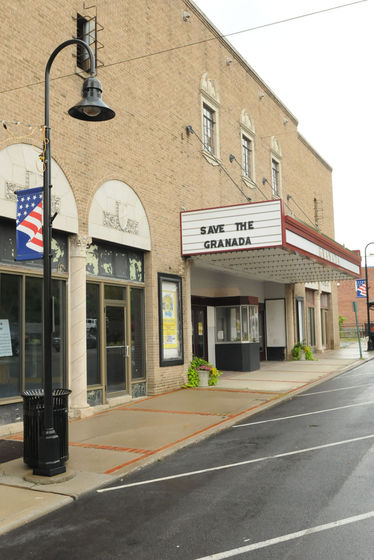 From The Bluefield Daily Telegraph: For countless people, many fond memories are associated with the Granada Theater on Commerce Street in Bluefield.

If all goes as planned, countless more people will have the opportunity to create memories there.

That’s because a group of area residents interested in restoring the historic theater to its original glory, as well as preserving other structures in downtown Bluefield, made the effort to form an organization and get to work.

“It all got started with the decline of all the buildings downtown, and more specifically the Granada Theater,” said Bluefield Preservation Society (BPS) member Julie Hurley.

After the Colonial Theater was lost, she said, it became apparent to some of those who had those great memories of the downtown theaters that an initiative should start to save the Granada and other structures.

“We formed in 2012 and began working with an architect to assess the building’s (Granada Theater) structural integrity,” Hurley said.

Bill Huber of Marion was the architect because he has extensive experience in renovating historic theaters, she said.

Achieving charitable organization status (501 3-C) status that same year, the group also started the process of applying for state and federal tax credits and for grants related to the work at the Granada.

The Development Authority of Greater Bluefield had purchased the theater at auction.

The BPS was ready to roll.

Fundraising efforts began to tackle the project, which will cost about $2.1 million.

Hurley said the group has sold more than 4,000 jars of organic blueberry jam to raise money.

Members also opened the Blue Moon Cafe just down the street from the theater to start raising money, with volunteers running the upscale, organic-based restaurant.

Crane said many may not know that the Granada, which opened in the early 1920s, was built for stage performances as well.

“It was built for vaudeville,” he said. “These were live productions and Bluefield was on that circuit.”

Kantor said that in its heyday, some famous people visited Bluefield, including Frank Sinatra, Bing Crosby and Greer Garson.

That history fits in well with plans for the theater, which at one time seated 1,106.

Hurley said the original slope a the back of the theater will be rebuilt for seating and the stage will be set up for both screening movies and staging performances.

A state-of-the-art sound system will be included.

In the balcony area, in what is basically the second and third floors, tables will be set up with a kitchen and restrooms.

“People can come to a dinner theater production and just sit in the balcony where they have eaten and watch or go to seats on the first floor,” Crane said, adding that the main floor will seat about 480 people.

But the upper two levels will remain in the architectural design of the theater everyone remembers, Hurley said, which is a strict requirement going through government channels for grants and tax credits when preserving historic structures.

The main level will look the same as it once did, she added.

Kantor said it will be a multi-use facility, providing a venue for performances and movie screenings as well as other functions that should attract people to the downtown area.

“We can’t bring back what was here (in the downtown area) 50 years ago,” she said. “But we can bring it back as a destination.”

The idea is, in the long run, to make the facility self-sustaining.

“Plans are in the works to do that,” Hurley said, explaining that it will be set up where vendors can simply leave their products there and tagged. Someone will man the floor, collect the money, which will be shared with the vendor and facility, much like some antique and collectible kiosk-based businesses operate.

Two side rooms on the first floor at the entrance on each side of what was once the concession area can also be utilized and could include a museum.

Hurley said this project is moving along, and some may think no progress is being made because it is not yet obvious from the outside.

But grant and tax credit processes are long, and replacing the roof was time-consuming because the way it was built required the work to be done a certain way. The historic rehabilitation process with the state took time, and creating the construction documents did as well.

“You may not see it yet, but progress is being made,” she said.

“The process we have to go through behind the scenes is a lot of work,” Ammar, who is BPS president, said. “There is only so much we can do without the proper approval.”

Not only will the theater be restored, it will also have an original piece of the decor and ambiance – a Wurlitzer Style EX, Opus 1790, theater organ.

The organ left the Granada years ago and was taken to the Evans Theater in Indiana, and from there it was transferred to Huntington and installed at the Keith Albee Theater.

A mutual friend of Crane and Thomas Lester of Bluewell, former Bramwell resident Bob Edmunds, discovered the organ while teaching at Marshall University in Huntington. It became available when the Keith Albee’s original organ was found. 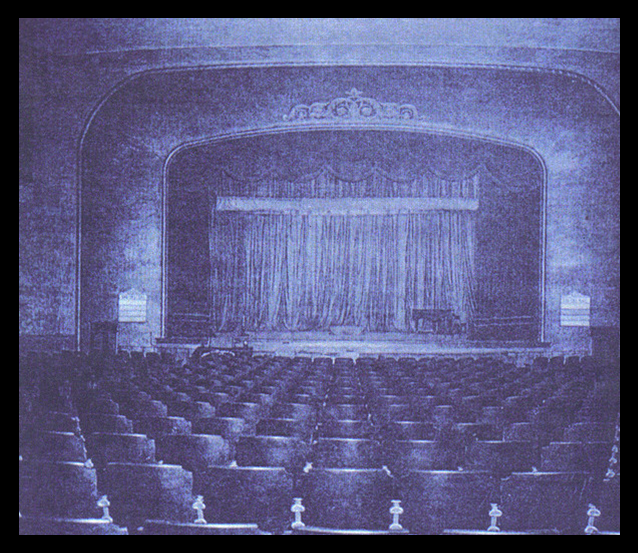