New York, NY - Bjarke Ingels’s Tetrahedron Will Get a Landmark Movie Theater At Its Base 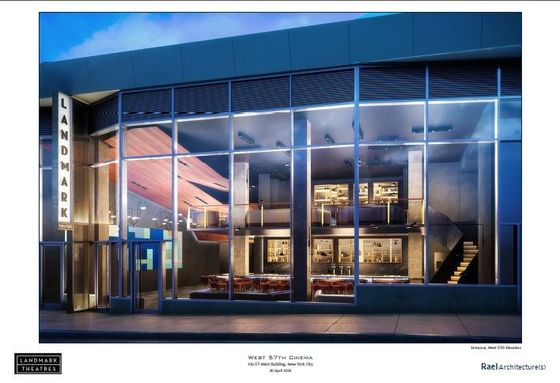 From Curbed New York: Bjarke Ingels’s so-called “courtscraper” on Manhattan’s far west side—recently named the best tall building in the Americas—is getting a big addition: The Durst Organization, the developer of the ballyhooed building, announced today that Landmark Theatres will bring an eight-screen theater to the development. It’s expected to open early next year.

It’ll be more than just a screening room, though—the new theater will apparently have a private bar where Q&A’s and special events can be held, along with “unique design elements” like a video wall and a special light display. As is de rigueur for movie theaters these days, the theaters themselves will be equipped with plush leather recliners, plenty of concessions, and laser projection screens. Fancy!

Landmark’s only other New York City theater is the Sunshine Cinema on Houston Street on the Lower East Side. As of last year, that particular cinema was possibly being marketed for sale, though it’s still operating as of now. 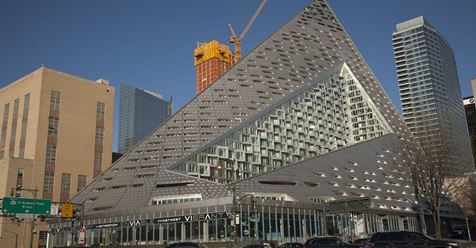 Welcome news. This Upper West Sider is delighted that there will finally be an alternative to the Lincoln Plaza for independent film (other than the limited runs offered by The Film Society of Lincoln Center).