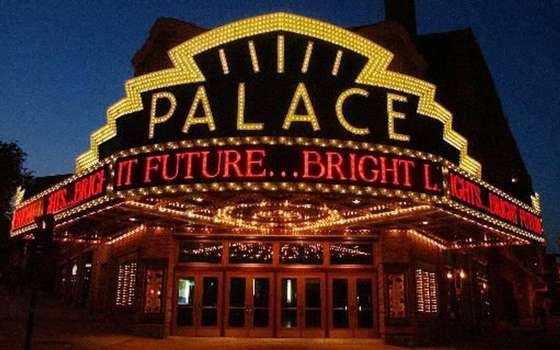 From the Times Union: The Palace Theatre is poised to undergo a $65 million transformation that if fully realized would include a new, smaller theater along North Pearl Street, an expansion of the historic original theater’s lobby and stage house, and a state-of-the-art video post-production facility. The vision for the project was introduced Wednesday at a news conference with theater, city and county officials. They lauded it as yet another major upgrade to the attractions in downtown Albany, alongside $16 million in improvements to the atrium of the Times Union Center and the new, $78 million Albany Capital Center convention facility due to open next year. Information about funding for the project was not provided, nor were details about prospective new programming. “This project is undoubtedly the most transformative arts and culture redevelopment venture in Albany in recent memory and will further invigorate the downtown area, spur economic development, create jobs and provide a more sustainable future for the arts in the Capital Region,” said Alan Goldberg, chairman of the board of directors for the Palace Performing Arts Center. The nonprofit entity operates the Palace Theatre and would, pending approval by the Albany Common Council, take over ownership of the building from the city. It previously had leased the venue. According to estimates supplied by the Palace, the project is expected to have a $125 million economic impact on the community and produce an estimated 225 full-time jobs during a three-year construction period. The downtown Albany area would see the Palace’s annual economic impact more than double, to $10 million, after the project’s completion. Estimates are for annual attendance of more than 500,000 annually, up from current audiences totaling 175,000 per year. “I think this is wonderful for Albany,” said Maggie Mancinelli-Cahill, producing artistic director of nearby Capital Repertory Theatre. “This kind of facility would be a huge draw. We’re a capital city that deserves a beautiful space that would attract people from across the region.” Philip Morris, the Proctors CEO who guided its expansion starting in 2003, said he was unaware of the scope of the Palace project which in cost eclipses the $42 million in renovations and expansion at Proctors in Schenectady that were completed nine years ago.

“That’s a lot of money,” he said of the proposed $65 million budget. “I’ll be very interested to see what … they plan to do.” Morris said he was not invited to the announcement news conference. Proctors manages Capital Rep administratively, but the theater company is artistically independent. Although Capital Rep has long needed a new theater itself — its longtime home just down North Pearl Street from the Palace is a former supermarket beneath a concrete parking structure — it would not seem to be part of the immediate plan for the Palace’s future. Given a performance and rehearsal schedule that consumes more than 250 nights a year, Capital Rep would not seem be in a position to share the proposed 600-seat theater. Elements of the project are set to include, according to a news release distributed by the Palace: Addition of a new 600-seat theater: To be built on North Pearl Street adjacent to the Palace Theatre’s north side, the new space would “host small shows for which the main theater is too large and will more than triple the number of performances hosted by the Palace Performing Arts Center. Additional programming will include programs with partner organizations Park Playhouse and Albany Symphony, as well as dance and family-friendly events.” Addition of a new video post-production center: “As the only facility of its kind between New York City, Toronto and Montreal, the post-production center will serve as a professional-quality suite for digital video production companies to mix sound, edit video and create video effects. The space will also include large and small green-screen studios with freight elevator access, as well as dedicated dressing rooms and wardrobe support, which will enable shooting video in a variety of techniques as well as audio recording.” Expanded Palace Theatre stagehouse: “The project will allow for the expansion of the original Palace Theatre stage and backstage, which will create a deeper and wider stagehouse capable of hosting an increased variety of shows and events and reducing loading and set-up time, while improving safety and reducing energy costs. New backstage support spaces will feature a much larger loading dock that meets current and future industry standards and modernized dressing rooms. New technology will also be installed throughout the stagehouse.” Expanded Palace Theatre lobby and box office: “The new lobby will provide a larger and more accessible space with increased amenities for patrons. The lobby will feature new concessions, dining and breakout areas, as well as restrooms, and will connect directly to a completely refurbished box office. Additionally, an elevator and new circulation paths will provide accessible wheelchair seating locations near the stage, at the orchestra level and in the mezzanine.” Performing arts education development: “In partnership with Park Playhouse, the Palace Performing Arts Center will design, build and launch a multi-faceted arts program designed to be available, accessible and affordable to broad and diverse populations of the community, including underserved neighborhoods in and around the City of Albany.” The proposed expansion continues a period of significant growth for the Palace. Over the past four years under Executive Director Holly Brown and Managing Director Owen Smith, the Palace has shown major financial improvements and increased the number of shows by 53 percent. The Palace has also been a leader in community arts collaboration, evident in shared-services agreements with Park Playhouse, of which Smith is also producing artistic director, and the Albany Symphony; and the recently announced deal under which the Palace will manage and oversee programming at Cohoes Music Hall.

Link to story, with expansive photo gallery, including many historic photos, at: http://www.timesunion.com/local/article/Palace-plans-65-million-expansion-8356661.php?cmpid=fb-desktop#photo-10530298 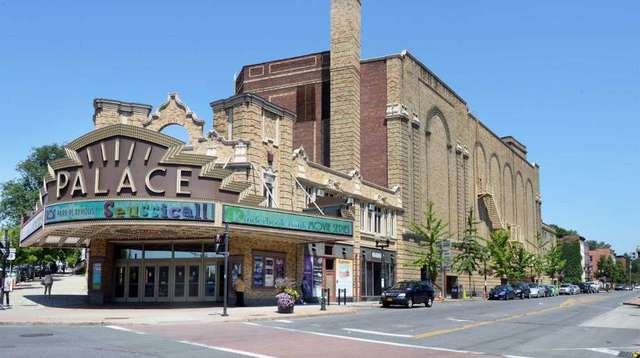 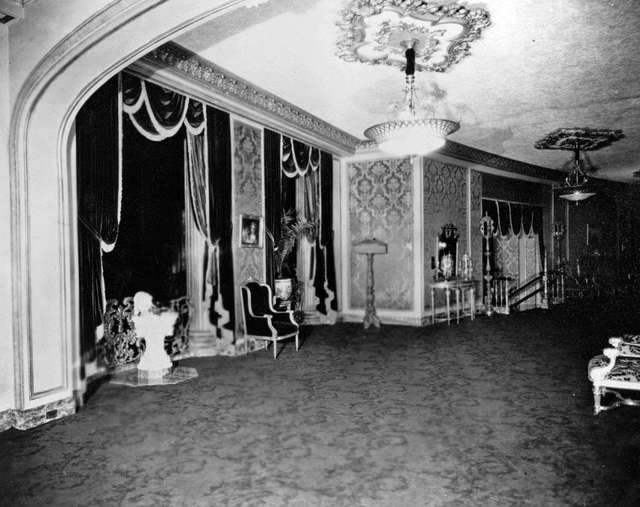