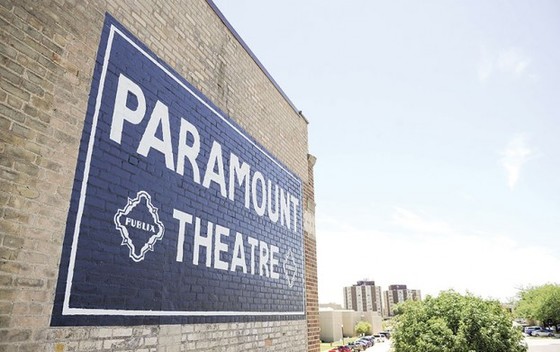 From the Austin Daily Herald: After years of mere thoughts, ideas and a failed attempt, volunteer Jim Burroughs is happy to say a project to restore a mural on the side of Paramount Theatre is complete.

“It just stayed as a to-do project for many years,” Burroughs said.

Greg Wimmer, an artist based out of Rochester, completed work on the project two weeks ago.

He spent three days painting a revised version of the original mural, which appeared on the building when it first opened in September of 1929.

The mural is also a tribute to the history of the theater. The mural features two stars which say “Publix” inside of them. Publix was the company that originally owned Paramount Pictures and thereby Paramount Theater.

“[We added] it for historical purpose,” Burroughs said.

A mural grant, which matched donations received by the Paramount, helped make the restoration possible. 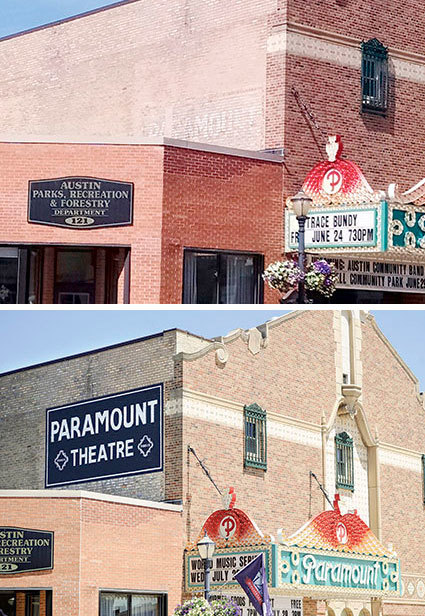 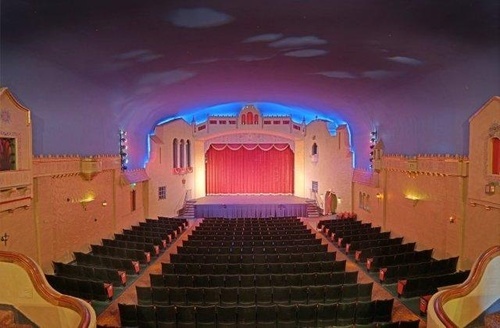