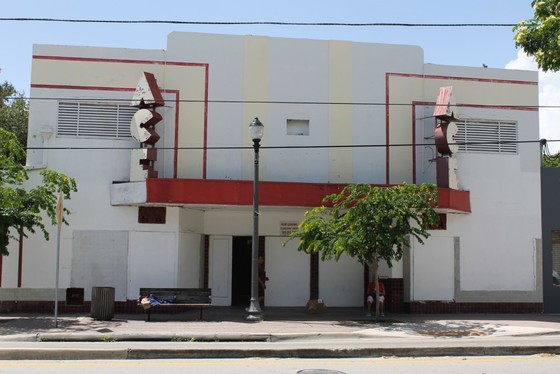 From The Real Deal: A Coconut Grove theater steeped in history from Miami’s segregation era has been placed on the National Register of Historic Places, paving the way for redevelopment, sources told The Real Deal.

The ACE Theatre at 3664 Grand Avenue was added on June 13, according to the register’s website.

The historic designation means the owner, ACE Development Company, can now focus on its plans to renovate of the property into a multi-use entertainment venue, according to ACE attorney Mark Grafton.

“We are extremely excited about unlocking the development potential,” Grafton told TRD. “Being placed on the register allows us to sell transferable development rights, makes the ACE Theatre eligible for federal and some state grants, and it also unlocks a 20 percent federal tax credit which will make it more appealing to outside investors.”

Two years ago, ACE Development — which is owned by longtime Coconut Grove residents the Wallace Family — won approval for a local historic designation from the Miami Historic and Environmental Preservation Board. Built in 1930, the movie theater was the only film house serving the Grove’s black community in the 1950s. Today, the building is shuttered and in need of extensive repairs.

“The main goal was to get the historic designation,” ACE Development President Denise Wallace told TRD. “There are a lot of changes taking place in the Grove so we felt it was important to preserve the property.”

With a historic designation from the city of Miami, ACE Development was able to win the support of the Florida Division of Historic Resources, which nominates buildings to the National Register of Historic Places. Other local theaters on the list include the Lyric Theater in Overtown and Olympia Theater in downtown Miami.

Wallace said ACE Development is exploring the possibility of a public and private partnership with the city or Miami-Dade County to restore the theater and operate it as multi-use entertainment facility for Grove residents.

“I know there has been a lot of interest from people in the community,” Wallace said. “We are hoping the national designation will have a positive effect.”