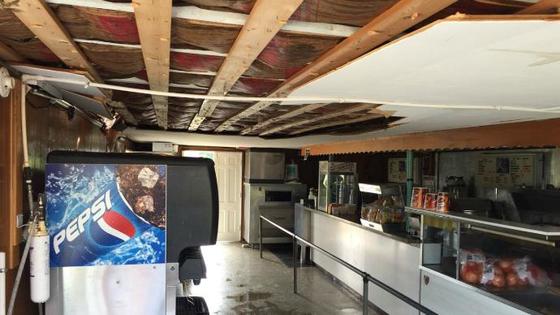 From WKYT-TV: The Mountain View Drive-In movie theater in Powell County has been open since 1957. For the first time in its history, the owners say part of the building suffered storm damage.

After the storm cleared, the owners of the drive-in found the wind had ripped off a portion of the projection room roof, as well as that of the concession stand.

Owners don’t yet know if the projector has been damaged because the building still did not have power as of Friday morning.

As for the concession stand, crews have been working since Thursday to get it fixed up and there’s still plenty of work to be done.

Keith Justice, owner of Justice Contracting said, “About a third of the roof was just folded back on top of the rest of it. The front corner post over there is laying over here now. Just a real bad gust of wind.”

Owners say the plan is to be open Friday evening on their secondary screen. They’re still not sure whether or not they’ll have movies on the main screen at least for the time being. 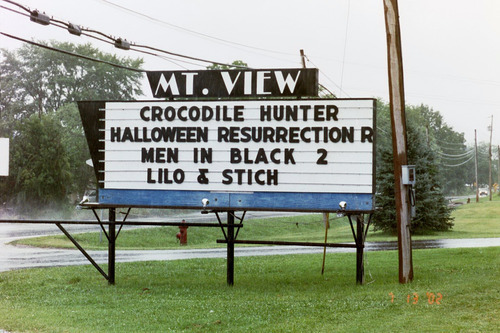