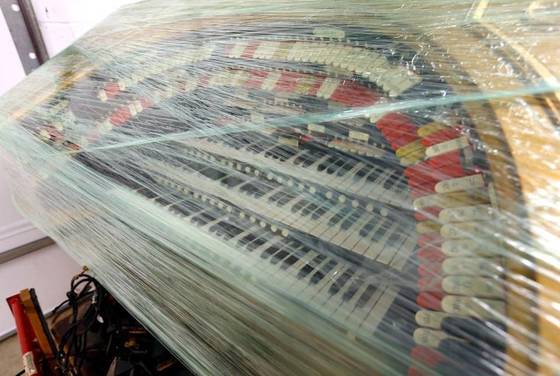 From the Lexington Herald Leader: The remains of Kentucky’s Mighty Wurlitzer organ can’t be played at the moment — but there is hope that within the next decade they may again ring through its original home at Lexington’s Kentucky Theatre.

The sumptuous golden and ivory console is wrapped in plastic and sitting in a Jessamine County warehouse. The rest of the massive organ, which totals about 20,000 pounds, sits in pieces nearby. While parts of the organ have been restored during the last 20 years, there’s still a lot of work to do.

“It is a treasure,” said Bill Webber, whose group, the Bluegrass Chapter of The American Theatre Organ Society, is now overseeing fund raising for the restoration and resettlement of the organ. “We must save it. … There are only a few original organs like this intact.”

The organ that’s in the Kentucky Theatre is played by Webber on Wednesday nights during the Summer Classic Movie series.

The original Kentucky Theatre organ — the theater opened in 1922 — has seen a lot, and not just during the years between 1922 and 1934 when it provided the music and sound effects for silent movies at the theater.

Theater organs, with their distinctive horseshoe-shaped consoles and ornate decoration, once appeared all over the country. An estimated 7,000 of them were installed in movie houses from 1925 to 1933. Few of the instruments remain today, but both Cincinnati and Knoxville have restored Mighty Wurlitzers.

Organ performers in the early days of film provided a soundtrack during silent movies. The instrument could provide simulations for everything from horse hoof beats to train whistles. The siren and antique car horn — which makes the sound “oo-ga” — are Webber’s favorites, he said.

The Lexington organ was sold in 1977 to an organ broker, but later bought by Oscar Wilson, who put it in his home on Winchester Road and invited people to concerts.

Wilson later donated it to the University of Kentucky. Over the years such theater organs became increasingly rare, and getting the parts and expertise to restore them more difficult.

H. Steven Brown first came upon the organ in a “Lost Lexington” exhibit in The Central Library in 1993, and wanted to lead the charge to restore the massive instrument. For more than 20 years Brown’s group, Kentucky’s Mighty Wurlitzer, raised money toward that goal.

But ultimately, the organ was never approved for re-installation into the Kentucky Theatre, and a flood of occasionally contentious paperwork flew between Brown and leaders representing UK, the urban county government and the Kentucky Theatre. Last month, Brown dissolved his organization.

Brown’s organization did some good work in fundraising and providing restoration for the organ, Webber said. Donors to Brown’s group “need to know that their donations were not for nothing. They have gone toward the renovations that have happened so far,” he said.

So far, Webber’s organization has two anonymous major donors for its organ restoration, he said. A Louisville restoration company is attached to the project and will soon start work, along with a group of volunteers.

Like Brown’s group, Webber’s organization also wants to return the organ to the Kentucky but without altering the theater’s present structure.

“We are going to get this done,” Webber said. “I promise you, this is going to happen.” 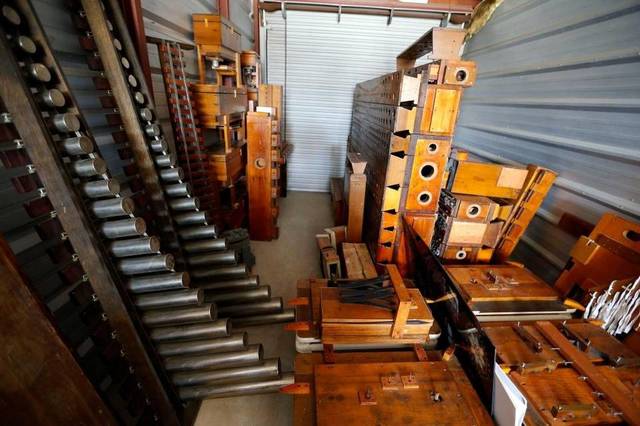