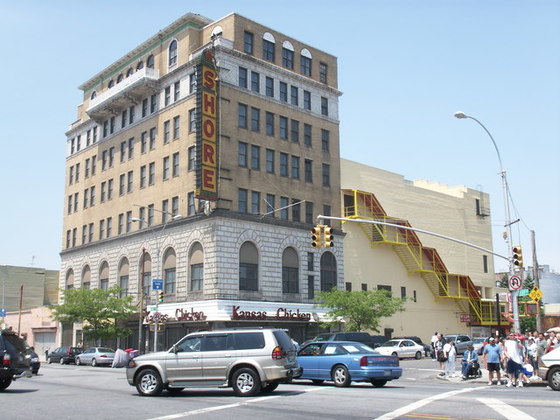 From Curbed NY: In January this year, the landmarked Shore Theater on Coney Island was saved from total ruin when developer Pye Properties purchased the site for $20 million, and decided to restore it to its glory days. However the developer is still looking for tenants to lease the space, and with that they’ve unveiled a new rendering for the project, Brooklyn Daily reports, based on images first posted on the Coney Island Blog.

The developer wants to restore the building’s theater and likely use it as an entertainment venue, in addition to converting a part of it into a hotel. Plans so far are in the preliminary stages, but the developer has brought on Commercial Acquisitions to scope out other tenants for the building. Some of the big tenants targeted so far include TJ Maxx and Starbucks, but it’s not exactly clear yet how they’ll fit in with the other plans. They’ve also reached out to the local community board to lease a space in the building.

The theater has quite the storied history. It started off as the Leow’s Coney Island in 1925 and frequently hosted Vaudeville shows. It stayed that way until the 1960s, when it was taken over Brandt Company, who changed its name to Shore Theater, and began showing X-rated movies there in the 1970s to bring in audiences. That didn’t work however, and the building sold to the owner of Kansas Fried Chicken, Horace Bullard in 1978. He wanted to convert it into a hotel and casino, but that plan was never approved and building has been vacant ever since.

All that could change if this latest plan moves forward. 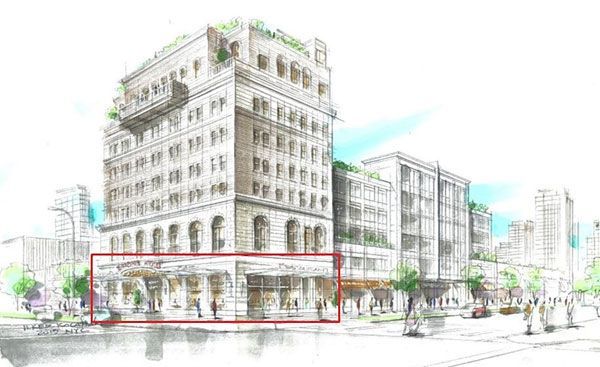 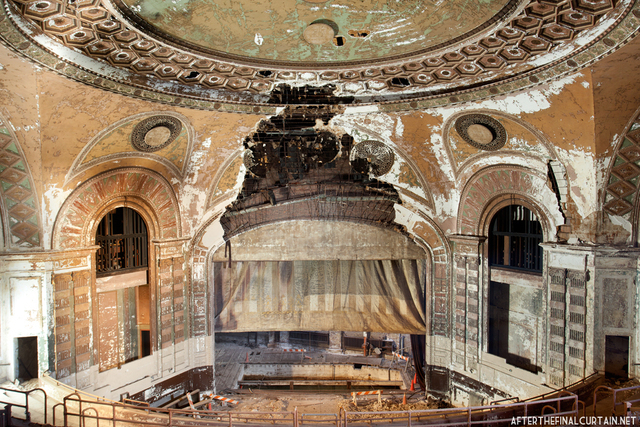