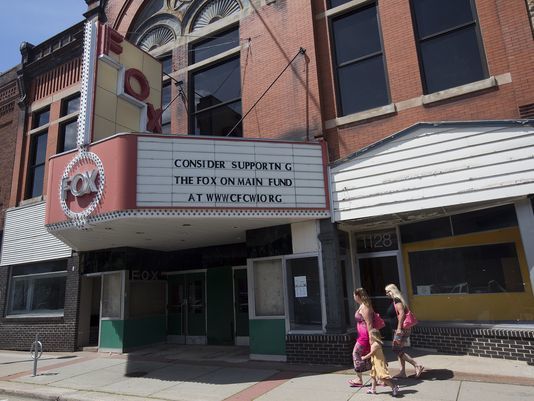 From the Stevens Point Journal: Three years after a group started raising money and pledged to reopen the historic Fox Theater in downtown Stevens Point, its members have collected around $200,000 in donations but made no progress toward restoring the crumbling building.

Organizers say they have funds in the bank — enough to pay this year’s property taxes and insurance — after having spent $30,000 to study the building'sarchitecture, plus money on a temporary roof repair and on general building upkeep, taxes, insurance and utility bills. Organizers have collected donations including money, celebrity appearances and time from students.

For now, all restoration efforts are on hold as the building continues to decay and organizers hope a big-money donor — they don’t know precisely how much money they’re looking for — will step forward while they search for an organization willing to partner with the theater to help it open.

The Fox on Main Board formed in 2013 after the Sanders family gave the historic theater to CREATE Portage County, then known as the Arts Alliance of Portage County. Since then, the Fox board, a sub-unit of CREATE, brought in donated funds and services, financial backing from the city and rent from leasing other properties. Still, the board describes the status of the effort as “in an exploration phase” of when — and if — the Fox on Main ever can reopen.

“Our first goal is to come up with an economically sustainable business model for us,” said Fox on Main Board President Greg Wright. “To be totally frank, we may not. The answer may be that there just isn’t the right plan to make this work in Stevens Point.”

The message now, though still hopeful, contrasts the message by Ada Sanders in 2011 when she announced at a press conference that her family, then the owners, planned to restore the theater to the elegant performance space her great-grandfather built.

Wright said progress on the theater stalled after an architectural study, supported in part with a $10,000 contribution from the city, determined that CREATE Portage County could not feasibly operate the Fox on Main along with a Center for Entrepreneurship downtown if it didn’t own all the buildings involved. That project, now called the IDEA Center, aims to attract more young professionals to the area by supporting people who want to open their own businesses. The Fox on Main Board owns only the Fox Theater property.

The study’s finding sent plans for the Fox on Main back to the drawing board, Wright said.

He said the board learned that theaters of the Fox’s size in communities of Stevens Point’s size typically need a partner organization, such as a management company, a university or a city, to help them stay afloat. The board is reviewing partnership models and reaching out to potential allies, although he did not name candidates. He said the board has leads, but nothing is official.

The Fox standstill became a sticking point last month when the City Council was considering whether to continue funding the IDEA Center, which the city had agreed to give $30,000 over three years. Council member Mary McComb noted CREATE Portage County took a year to identify a viable location for the IDEA Center at 1039 Ellis St., and she has doubts about the organization’s stamina based on the lack of visible progress on the Fox.

Mayor Mike Wiza said he remains optimistic that the theater will reopen. He encouraged the City Council to continue its investment in the IDEA Center, a commitment he said the council made knowing the project would take time.

“I would love to see (the Fox) brought back into the fold of a usable facility. I also know it’s going to be crazy expensive to do that,” the mayor said. “I would like to see more movement there, but I also understand projects of this magnitude take time.”

Wright said the Fox board hasn’t hosted more fundraisers, asked for more donations or launched a capital campaign because the board hasn’t pinpointed a business plan that it can promote to donors with confidence. He said no one has come forward in the community to pledge a large sum of money to move the project forward, either.

“I still think this is going to work,” he said. “I think it’s something the community really needs in terms of what’s missing, especially from attracting and retaining a certain level of professionals to the area. There are also a lot of other great things happening in the community. It may be that this investment isn’t the right investment at this time.” 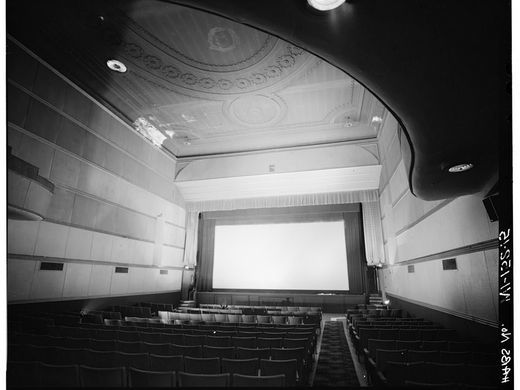 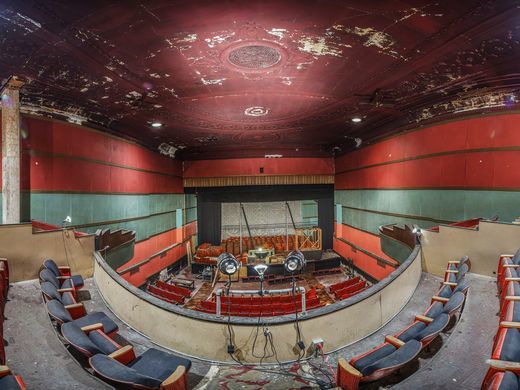