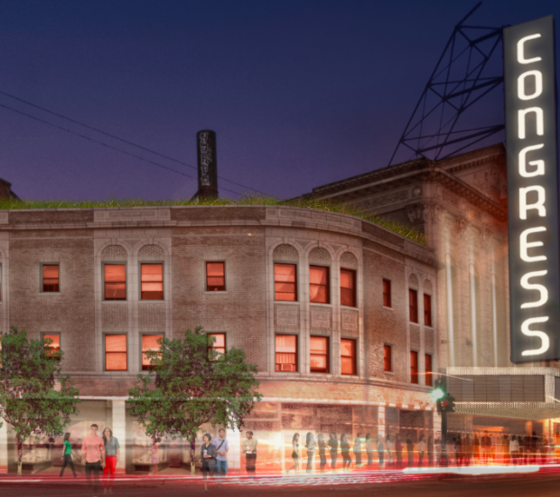 From DNAInfo: The massive overhaul of the historic Congress Theater took a new twist Thursday, with news that plans could include an additional 10-story residential building across the street from the theater.

There have been multiple proposals presented by the developer over the last few years, but this is the first time the 10-story residential building has been considered.

That new building would be built on a vacant lot across Rockwell Street from the theater and could include 120 residences, according to the plans.

The development being proposed would permit the construction of 184 housing units.

The new proposal was first reported by the Chicago Architecture Blog.

The proposal has been submitted to the city’s Plan Commission and calls for either 32 residential units in the old theater building or 50 hotel rooms in the theater, along with commercial storefronts on the ground floor.

There will be no parking for either the theater site or the new 10-story building, as it is a transit oriented development, according to the plans that were submitted to the city Wednesday.

The plans also indicate the theater owner will install a large vertical marquee on the front of the Congress.

The community review of the proposal will begin shortly, according to Raymond Valadez, chief of staff for Ald. Joe Moreno (1st).

The alderman’s office has asked the developer to begin that process by scheduling a presentation with the Greater Goethe Neighborhood Association, the area community group, according to Valadez.

The Congress Theater restoration project originally was floated as a $55 million plan.

In June, the owners of the theater sought landmark status for the 90-plus-year-old building.That designation would make the building eligible for federal preservation tax credits to cover 20 percent of the costs of renovation.

The Commission on Chicago Landmarks approved the Congress' bid to be sent to the Illinois Historic Sites Advisory Council.

Part of the plan submitted to the city included details about a one-story addition to the theater as well as a rooftop deck.

Link to the story, with additional photos: https://www.dnainfo.com/chicago/20160721/logan-square/congress-theater-developer-wants-10-story-building-on-milwaukee-report 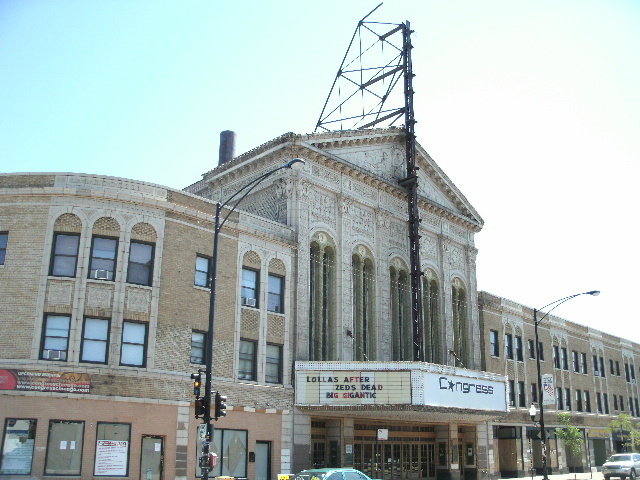