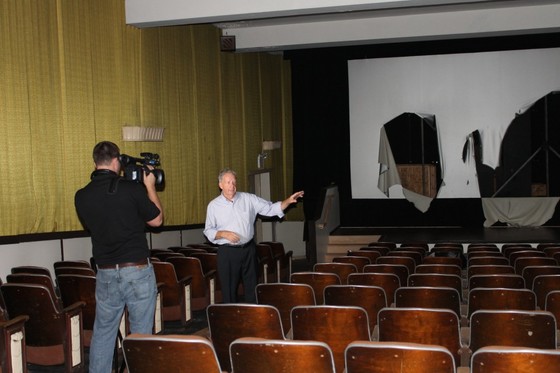 From Cleveland.com: There won’t be a happy Hollywood ending for the home of Medina’s first movie theater.

The former Medina Theater at 139 W. Liberty St. has a date with the wrecking ball, as the city prepares to demolish the Masonic Temple that houses the twin screen auditoriums, concession stand and iconic long ramp up from where the marquee once spelled out the classic films of the 1930s through the 1990s.

Generations of Medina families swarmed the city’s theater during its glory days in the middle of the last century, sharing popcorn and penny candy as they gathered with friends and neighbors on date night Fridays and matinee Saturdays.

The long-neglected theater – which closed in 2000, then twice attempted a comeback as a concert club before a community theater group gave up the ghost in 2014 – has clearly seen better days.

Like its surrounding building, it is dotted with asbestos and mold. The walls are pockmarked with holes and the edges of the floors are crumbling.

Movie posters no longer grace the long hallway leading up to the concession stand, which looks diminished without the popcorn and soda machines and the brightly colored candy wrappers.

The original sturdy, velveteen-covered theater seats still stand in stately rows, pointed toward the ripped screen in the main auditorium. The second auditorium has been stripped of furnishings, leaving an empty stage in the shadows at the front of the room.

Enter City Councilman-at-large Bill Lamb, who is doing what he can to preserve the memories, if not the building that brought them to Technicolor life.

Lamb, who is also executive director of the city’s Community Design Committee, is working with Medina TV to create a documentary about the theater.

The documentary, which will air on local cable access television, will include interviews with theater workers and patrons, memorabilia, photographs and artifacts from the city’s museum.

Earlier today, Lamb and a production crew taped a walking tour of the theater – probably one of the last times anyone will walk through the old building. Demolition crews are expected to begin tearing down the structure within a month.

“A lot of time’s gone by. The theater’s changed. Pretty soon, it won’t be here at all,” Lamb said.

The theater opened in 1937, at a time when the big news around the world revolved around the buildup to World War II, the disappearance of pilot Amelia Earhart and the explosion of the Hindenburg airship.

But in Medina – then home to 4,350 residents – the big news was that Hollywood was coming to town.

At the time, the Medina Theater was called one of the finest movie houses in Ohio. Its cavernous auditorium (later divided in two) could hold 870 people.

That meant that one-fifth of Medina’s population could come together to enjoy a movie together – and they often did.

“In the 1940s, every kid in town would be here on Saturday mornings to watch the serials and see what happened after last week’s cliffhanger,” Lamb said.

Many of them would dash up the long interior ramp, “the entry into the magical place that was the Medina Theater,” he said.

They knew that all of their friends and classmates would be there, too. And it was much the same for their parents, who would come to the movies in the evenings to watch the show and socialize with their neighbors.

“It makes you think about the way we were connected, pre-TV,” he said.

In 1937, admission to the movies was just 16 cents. A family of five could plunk down a dollar for tickets and still have a whopping 20 cents to spend on penny candy and five-cent bags of popcorn.

Lamb has interviewed several people for the documentary, including Joan Weigel, the daughter of Steve and Mae Petrigala, who rented the space from the Masons and managed the theater from 1953 until the early 1980s.

Weigel has said she is pleased that the theater’s history will be preserved.

“Mom and Dad were very proud of this place,” she said.

And while she is sad that the theater will be torn down, she knows it is time to say goodbye.

“I’d sooner see it go than stay like this. If it can’t be used as it’s supposed to be, let’s make progress for Medina,” she said.

The sentiment is shared by City Council members, who struggled to find a way to preserve the theater and the Masonic Temple over the past few years. But restoring the historic structure is beyond the city’s means.

“But you also have to accept when it’s time to change. You have to be smart enough to map out what’s workable and what’s not,” he said.

Several council members grew up in Medina and have fond memories of spending Friday nights and lazy Saturday afternoons at the theater. In fact, Ward 4 Councilman Jim Shields' father ran the projector.

“No one spent more time in that theater as a kid than I did,” said Ward 2 Councilman Dennie Simpson.

“I got (dragged) out by my ear by Mr. and Mrs. Petrigala sometimes,” he said with a chuckle, remembering his boyish rambunctiousness.

Those memories will live on for many city residents.

“Where we come from, and how we used to live, matters. We need to remember that as we move forward,” Lamb said.

“We hope that what replaces it will serve the needs of the community just as much as the theater did,” he said. 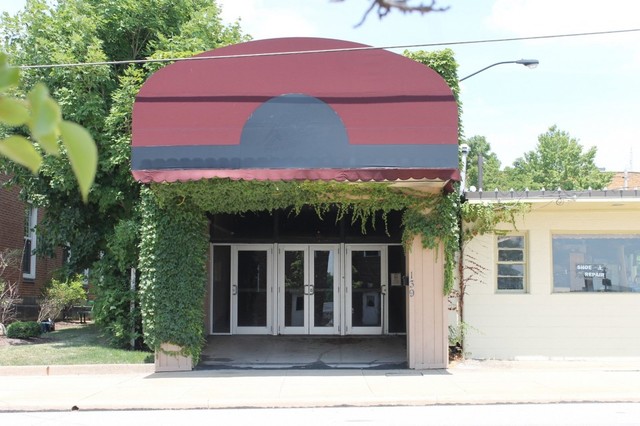 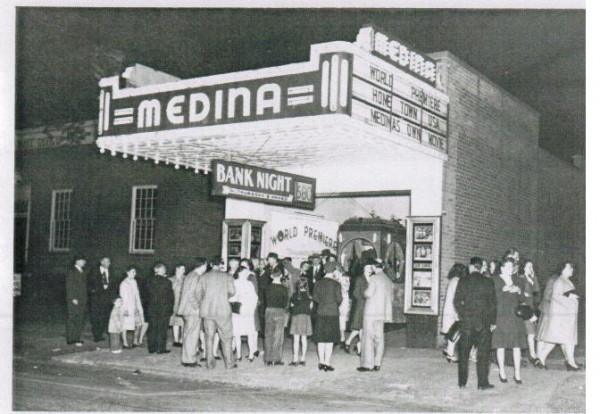