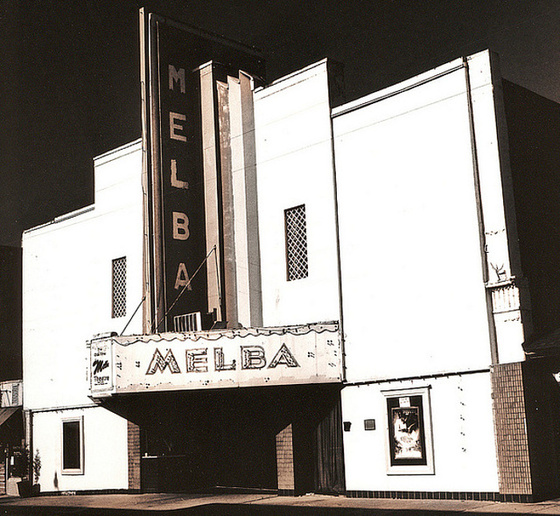 From the Three Rivers Edition: Downtown Batesville’s historic Melba Theater has come a long way from the deteriorating state the theater’s current owners found it in just over a year ago. Now, as the last bits of sawdust are being swept away and fresh layers of paint dry, the theater is wrapping up finishing touches and will soon reopen to the community.

The grand opening of the Melba Theater, 115 W. Main St., will take place Aug. 12. Doors open at 6 p.m., and the event will begin at 7 p.m. Tickets are $50. Melba Theater owners have spent a year updating and preparing the building for opening night and look forward to seeing people’s reactions to the improvements.

Owners encourage formalwear for the theater’s red-carpet-themed grand-opening celebration, which will include gift bags for guests.

Adam, who while in banking school with Janelle in Memphis began brainstorming about bringing the theater back to life, has a personal connection to the building.

“It was my first job in high school, working here,” he said. “My grandma, she graduated high school in this building.”

The theater is believed to have opened in 1875 as an opera house. In 1916, the building was a mercantile store, then opened as the Melba Theater in 1940. The Batesville Commercial Historic District, which includes the theater, is part of the National Register of Historic Places.

“The Melba actually opened down the block a little ways in 1934, but it opened here in 1940,” Joe said. “We’ve tried to maintain the history and the spirit of what they originally built there. The ticket booth had been moved to the side and changed, and there were several changes that’ve been made. We tried to kind of go back to the original, of the way it looked, and tried to restore as much as possible.”

Ticket prices for movies at the 496-seat theater will be $4 across the board — no matter one’s age.

“We are keeping our pricing low so that families have affordable, family-friendly entertainment,” Janelle said.

Adam said that moviegoing is a fun experience because while he can’t remember every movie he’s ever seen, he can describe what the moment was like while viewing them.

“That’s kind of what we were wanting to generate here,” he said. “It might not be the best movie in the world that’s being shown, it might not be the top-rated film of all time, but if you can come and have a good time, and you can afford it and actually sit back and let the rest of the world kind of go to the side for a minute and enjoy yourself, then I think that’s what we’re trying to do.”

Joe said that many people who have visited the theater have a “Melba story.”

“People that are not from this area that come in and visit say, ‘Oh, I was here back in the ’80s,’ or ‘I did this,’ or ‘I met my husband here,’” he said. “We met one lady whose dad died not long after he brought her here as a young child, and this is one of her few memories of her dad. It’s not just, ‘Oh, we went there and had fun.’ It’s a life-changing experience sometimes, which is an amazing thing to us.”

Before renovations, Joe said, the building had water damage and asbestos, and also needed treatment for mold and termites. During work on the building, Adam even stepped through the floor because of weak wood. But the building’s steel structure proved sturdy, Joe said, and the owners did not have to replace the existing screen in the theater.

“As in any old building or an old house or anything, you pull something back and you think, ‘Well, I’m going to fix this one thing,’” Joe said. “And you pull it back and find out you have to fix three things behind it in order to fix it. That’s a lot of the nature of what the job has been.”

Now the Melba Theater has new heating and air and electric wiring, a new projector and restored seats. There is also a family restroom and more accessible seating. The theater’s balcony will be completed after the building’s opening.

Janelle said the community can enjoy the Melba for more than just movie-viewing.

“We’re excited about not just showing movies. We want to hold concerts here. If businesses want to hosts podcasts or training, we’ll hold that capability,” she said. “We want to rent to churches to show faith-based movies [and be] a venue that people can rent out, host their fundraisers or birthday parties. We’re excited for the opportunity to let the community use it.”

The theater is also presenting a Save My Seat campaign, which offers people the chance to purchase a $50 plaque to be placed on the back of a seat in the theater. Plaques give people the chance to name a seat in honor of a business or loved one. One man even purchased plaques for 14 seats in a row to present a poem to his wife, Mandi said.

Janelle said she hopes the theater’s grand opening will inspire individuals to return with other family members or friends. 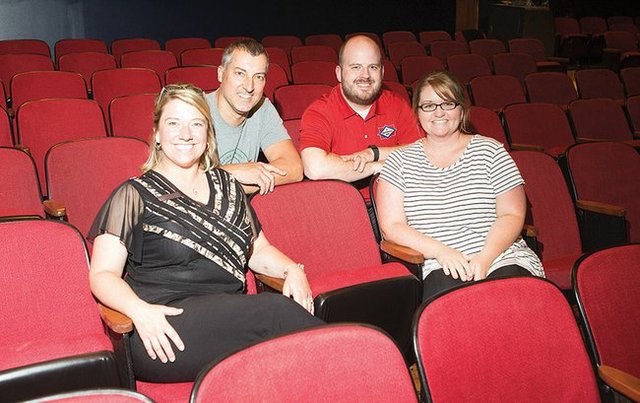 Sky climbers are the best providers of Window Cleaning companies in Dubai , UAE.

Our training program is designed in convenience to the passionate beginners and later they reach a stage where they can do programming projects easily. We provide the best internships in Calicut in programming languages like angular internship in Kerala, Python training, PHP, Java, and Angular. Join us to master the empowering skill-coding!!

I’m keen a put up. It happens to be fantastic to ascertain most people verbalize out of your spirit not to mention ability on that fundamental topic area are generally comfortably found.seo packages for small business

We list out all the latest promotions, offers, and deals happening in and around UAE. jumbo electronics offers

Thanks for sharing this information. I really like your blog post very much. You have really shared a informative and interesting blog post Dumpster Rental Decatur IL

It is truly a well-researched content and excellent wording. I got so engaged in this material that I couldn’t wait reading. I am impressed with your work and skill. Thanks.proofreading services

Xite Display Studio is engaged in Manufacturing and Exporting a wide range of stylishly designed products that Reflects the brilliant transience of Fashion and Fitness. Jute bag supplier in Dubai

If you don"t mind proceed with this extraordinary work and I anticipate a greater amount of your magnificent blog entries. Mangabuddy

Regular visits listed here are the easiest method to appreciate your energy, which is why why I am going to the website everyday, searching for new, interesting info. Many, thank you S2Manga

Thanks for the informative post.keep doing. علاج الإدمان في الرياض

Really I enjoy your site with effective and useful information. It is included very nice post with a lot of our resources.thanks for share. i enjoy this post.먹튀

Wonderful article. Fascinating to read. I love to read such an excellent article. Thanks! It has made my task more and extra easy. Keep rocking.먹튀검증커뮤니티

Positive site, where did u come up with the information on this posting?I have read a few of the articles on your website now, and I really like your style. Thanks a million and please keep up the effective work.

For a long time me & my friend were searching for informative blogs, but now I am on the right place guys, you have made a room in my heart!Boruto: Naruto Next Generations

Very informative post! There is a lot of information here that can help any business get started with a successful social networking campaign.fishing reels for bass

By listing out their sales and offers, providing a win-win situation for both customers and retailers. Follow us, to get regular updates on sales happening in all the branches of Lulu in and around the UAE. From now on, no offers will be missed. Dubai shopping festival offers

Play online and take your fun to the highest level with our free online games. You will find games for boys and games for girls, motorcycle games, cooking games, online chess to connect and meet friends. Immerse yourself in the fun with exclusive free online games that you will have to pay elsewhere, but at Juegosgratis.com we give you the opportunity to see the games to play for free.Jueguitos gratis

Hi there, I discovered your blog per Google bit searching for such kinda educational advise moreover your inform beholds very remarkable for me.우리카지노

Very easily this site will most likely undoubtedly perhaps end up being popular including numerous weblogs individuals, because of its painstaking content pieces or possibly views.Check rates

Here at Hazzler, we truly believe we have some of the most innovative products in the world and we back that up with our Customer Satisfaction Guarantee. Our Customer Support team will do our best to ensure you are 100% satisfied with your purchase.android smartwatch for men

Awesome! I thank you your contribution to this matter. It has been insightful. my blog: how to make a girl like you犀利士網購

I wanted to thank you for this excellent read!! I definitely loved every little bit of it. I have you bookmarked your site to check out the new stuff you post.파워볼사이트

It was any enjoyment discovering your site the other day. We arrived the following these days searching new things. I was not necessarily frustrated. Your ideas following fresh methods about this point have been beneficial plus an outstanding assist with individually. We value You taking away time for you to write out these products and then for uncovering your ideas.陽藥使用方法

This particular Are generally Weight Loss diet will be an very and flexible sticking to your diet training planned for those who find themselves looking for to get slimmer body moreover eventually maintain a significantly more healthy life style. weight losswww.sagaming360.com

EAT-AND-GO VERIFICATION AND TOTO SITE RECOMMENDATION COMMUNITY For users who have a lot of worries while using Toto and difficulties in verifying food, you can use it without any worries.먹튀검증

Great job for publishing such a beneficial web site. Your web log isn’t only useful but it is additionally really creative too. There tend to be not many people who can certainly write not so simple posts that artistically. Continue the nice writingINDIAN VISA FOR AUSTRALIAN CITIZENS