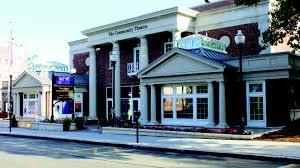 From BroadwayWorld.com: Mayo Performing Arts Center has been named 2016 Outstanding Historic Theatre by The League of Historic American Theatres (LHAT).

Allison Larena, President and CEO, and Ed Kirchdoerffer, General Manager, accepted the award at LHAT’s annual conference on Sunday, July 17 in Chicago. The conference is the largest gathering of historic theatre professionals in North America.

“It is an honor to be recognized by a distinguished group of peers who work to make historic theatres vital economic engines, community gathering places, and arts and educational centers in the towns we serve,” Ms Larena said.

LHAT’s Awards Program inspires excellence by recognizing theatres and individuals for their significant accomplishments or distinguished service. The Outstanding Historic Theatre Award recognizes a theatre that demonstrates excellence through its community impact, quality of programs and services, and quality of the restoration or rehabilitation of its historic structure. An award-winning theatre will have demonstrated excellence through significant achievement, the impact of its services and breadth of populations served, and the length of time and/or intensity of its activities. Each year, one theatre and one individual are honored by LHAT at its annual conference. Former winners include the Fabulous Fox in Atlanta, New York City Center and Playhouse Square in Cleveland.

“Mayo Performing Arts Center beat out an impressive list of nominees to claim this award this year,” said Ken Stein, LHAT President and CEO. “There are a great number of historic theatres doing great work across the country. The community of Morristown should be very proud of MPAC’s accomplishments.”

“We share this honor with the thousands of community members who worked tirelessly, and continue to work tirelessly, to build, support and improve this venue that has brought so much joy to countless individuals for the past 80 years,” Ms Larena added. “We know that our work today will continue to inspire future generations to sustain MPAC as a vital performing arts center and the cultural center of our community.”

MPAC, built in 1937 as The Community Theatre by Walter Reade, is recognized for its impact and leadership in the New Jersey arts community in scope and diversity of programming, community outreach and arts education. The rich history of Morristown revolves around community organizations, in which the Theatre has been central as a longstanding community gathering place since it first opened its doors. MPAC presents over 200 events annually, with over 200,000 patrons, has a robust education program that touches the lives of over 40,000 children and their families, and creates an economic impact of over $15 million in the economy (Americans for the Arts Economic Prosperity Calculator).

Additionally, MPAC’s robust work in the community through free concerts and events, educational programs at organizations such as Children on the Green, Neighborhood House and in Paterson, and through concerts performed by its teen performing arts troupe at area non-profits, senior centers and community events, bring arts experiences to another 30,000 people who may not normally be able to attend an event at MPAC.

Founded in 1976, the League of Historic American Theatres (LHAT) is a non-profit organization with the main purpose of sustaining historic theatres across North America for the benefit of their communities and future generations. The League has grown to include members from throughout the historic theatre industry in both the United States and Canada, and has become the professional network for theatre owners and operators to connect with others who have faced the unique challenges of historic theatre ownership and operation. The League defines a membership eligible historic theatre as one that is at least 50 years old and includes at least one of the following attributes: is an architecturally significant structure deemed worthy of preservation, has played an important role in the history of American stage and screen, and/or can be used as a performing arts facility. The League has grown to over 900 members representing 380 historic theatres and organizations ranging in diversity of large and small, rural and urban, nonprofit and for profit.

Mayo Performing Arts Center, a 501©(3) nonprofit organization, presents a wide range of programs that entertain, enrich, and educate the diverse population of the region and enhance the economic vitality of Northern New Jersey. The 2016-2017 season is made possible, in part, by a grant the New Jersey State Council on the Arts/Department of State, a Partner Agency of the National Endowment for the Arts, as well as support received from the Geraldine R. Dodge Foundation, F.M. Kirby Foundation and numerous corporations, foundations and individuals. The Mayo Performing Arts Center has been designated a Major Presenting Organization by the New Jersey State Council on the Arts.

For more about the Mayo Center, visit www.mayoarts.org., and link to the story, at: http://www.broadwayworld.com/new-jersey/article/MPAC-Named-Outstanding-Historic-Theatre-2016-by-League-of-Historic-American-Theatres-20160726# 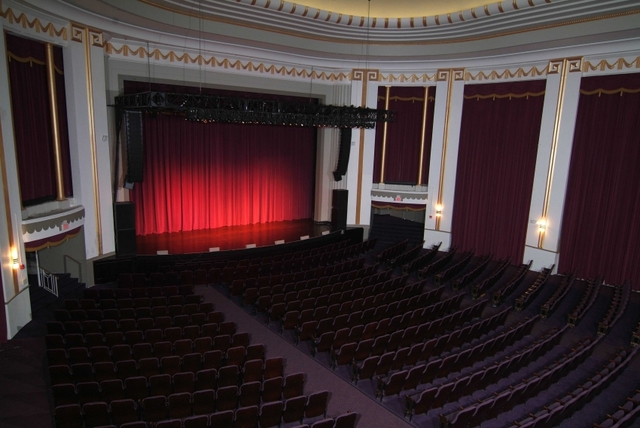