Newberg, OR - 99W Drive-In still a hot ticket on a summer night 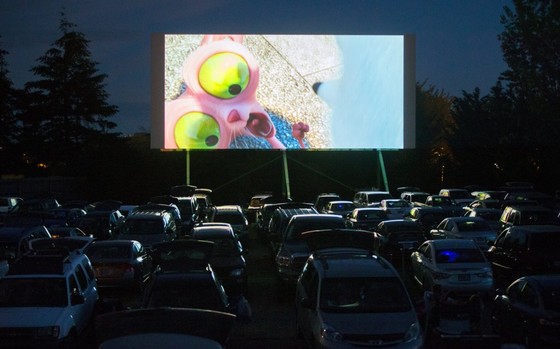 From Oregonlive.com: Drive-in movie theaters are fading fast. They’re a novelty, a relic, a quaint reminder of postwar Americana. They can’t compete with multiplex cinemas or independent theaters. Their days are numbered. They’re history.

Only, somebody forgot to tell the 99W Drive-In in Newberg, which is still very much alive and kicking.

The 99W is one of four remaining drive-in movie theaters in Oregon, and among just more than 300 in the United States. When most drive-ins shut down for good, the Newberg business kept going, and now stands to not just survive but flourish in the 21st century.

For decades, it’s been conventional wisdom that drive-ins can’t compete with multi-screen indoor movie theaters. They still can’t – Francis willingly admits that ­– but something is happening culturally that is drawing more people back to the outdoor movie theater. Maybe it’s social media, maybe it’s a growing population or a renewed sense of community; whatever the case, 99W is reaping the benefits.

One weekend last month, all four nights of the double feature of “Finding Dory” and “Alice Through the Looking Glass” sold out. That hasn’t been unusual. People showed up in droves for “Purple Rain.” Even “X-Men: Apocalypse” sold out two days. Last year, interest in “Jurassic World” was so high that people who couldn’t get in parked illegally on a hill across the street just to watch.

Adding a feather to its cap, the 99W Drive-In was recently voted the number one drive-in theater in the country, in a poll conducted by USA Today this spring.

“It was a nice little honor,” Francis said of the award.

He’s modest about the theater’s success, and reserved about the future. He’s been in the industry long enough to have seen the ups and downs.

Francis' grandfather, J.T. “Ted” Francis, opened 99W on July 31, 1953, with a double feature of “Sea Devils” and “Under the Sahara.” Brian worked at the drive-in as a boy and later as an adult, eventually taking over in 1999, after his grandfather died.

His grandfather had always told him he would one day inherit the family business – kind of like “Star Wars,” he thought – and though a young Brian wanted to strike off on his own, he eventually came back around to the idea of running a drive-in.

Looking at the crowds, you’d think J.T. Francis would be proud, but his grandson is remaining realistic about the cost of running a drive-in theater these days. While the sell-out crowds bring in more ticket revenue, the movies cost more, Francis said. And as tastes turn from popcorn to picnics, concessions struggle to make ends meet.

“Drive-ins just don’t make any money,” he explained. “The ones that are open now are generally doing pretty well because they’re so scarce,” but in general? It’s a struggle. Still, there’s a lasting cultural appeal in the drive-in theater, something that is transcending the novelty and embracing the experience itself. There’s something special seeing a movie from your car, something about the freedom, the intimacy. You can stuff the seat with pillows and blankets. You can show up in your pajamas.

These days, 99W isn’t in danger of being put out of business by other theaters or home entertainment – the biggest threats come from nearby light pollution and congestion on the highway – and p­eople appear to be coming back around to a night at the drive-in, drawn in by its natural charm.

“They say it’s an energy at the 99W,” Francis said. “It’s when there’s a lot of people here that creates that kind of energy.”

If crowds continue to drive-in in droves, that energy could last well into the new millennium – long past the shelf life of the old drive-in theater.

Story and more pics at: http://www.oregonlive.com/entertainment/index.ssf/2016/07/drive-in_drawing_sell-out_crow.html 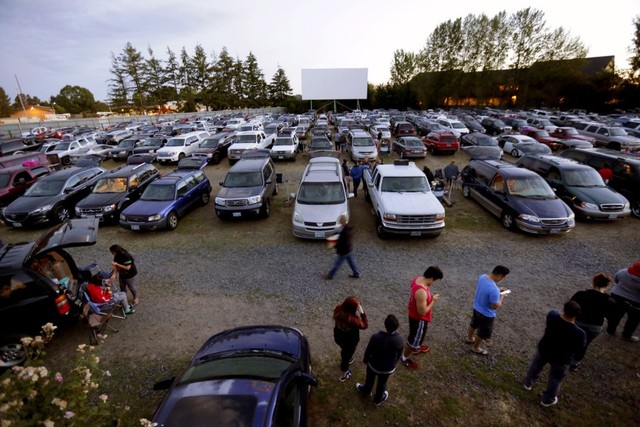